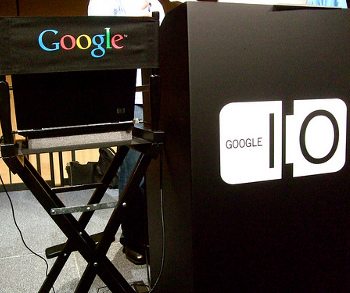 Here is comes again: the annual Google I/O conference happens this week and we expect Google to make a whole slew of announcements during the two-day developer event. Here’s what you can expect for sure, followed by reasonably possible, followed by a wish-list-of-one:

With 99.9% certainty, Google will announce/release Android 2.2 Froyo at Google I/O. They’ve been shipping out Nexus One handsets with a 2.2 installed to preview the build, and some details such as speed, WiFi hotspot, most likely Flash support and tethering have already surfaced. Unless either our Wish List below or something no one can predict (such as Wave last year) is unveiled, Froyo will be the centerpiece of the conference.

As we reported on Friday, this seems to be another lock for I/O. The main question that needs to be answered for us is whether or not, like Gmail, search will be encrypted by default.

Lots of focus on Google Docs

Coming the week after Microsoft Office 2010 and Docs.com came out, and Google’s Enterprise basically stuck it’s tongue out at Microsoft, expect a lot of focus on Google Docs at the conference. Major new features, however, would be a surprise as they’ve already recently updated the cloud-based suite.

In our interview with Google’s Steve Lee at Where 2.0 in March, he said that a Latitude API was coming “within months” – i.e. at Google I/O. Lee mentioned that the API will be fairly basic, but more importantly, it confirms that Latitude is not only not going away, it will also be more of a core feature of the Google suite – especially mobile – moving forward.

Lots of apologizing about Street View

They’re not going to be able to avoid this – someone at Google is going to have to profusely apologize for the news that Street View cars collected unsecured WiFi data by “mistake”. Privacy is on everyone’s minds these days, and Google would do best by itself and its developers if it just apologized, explained and got it out of the way early.

As the New York Times reported in March, Google has partnered with Sony and Intel to build a set-top-box (or possibly in-TV) version of, well, Apple TV. The system is supposed to be built on Android, so it would make sense if Google opened up a platform for developers at some point – the only question is whether the platform will be ready in time for I/O.

Google Wave out of beta

Launched at last year’s conference, Google Wave has of course had an up-and-down first year, that included the acquisition of rival Etherpad (which many like better than Wave). There is a possibility that Wave could come out of beta for anyone to use, although whether that would matter too much to those that don’t already have access is debatable.

Again, this seems a little premature still, but the service is maturing, and if there is one thing that Google likes to release at i/o, it’s APIs. According to the Buzz Developer’s Guide, they say this about “Coming Soon”, which could be released at I/O:

“Over the next several months Google Buzz will introduce an API for developers, including full/read write support for posts with the Atom Publishing Protocol, rich activity notification with Activity Streams, delegated authorization with OAuth, federated comments and activities with Salmon, distributed profile and contact information with WebFinger, and much, much more.”

As we reported last week, Acer is expected to announce a line of netbooks running Chrome OS within weeks. That said, it would be a little hard to believe that a manufacturer and not Google itself would be the ones to unveil the first Chrome OS computer, so if Acer really does have a fully-functional line of netbooks ready to go, it would make sense if someone from Acer and someone from Google got up on stage at I/O and unveiled it, instead of at some computer expo in Taiwan.

Although Google just announced that they are getting into the ebook business with Editions, as they’ve said that they are planning to start selling books this summer – and as the technology required to do this isn’t hard – it is conceivable that Google may show a preview of Editions at the conference. At the very least, they might make it completely official and announce publisher partnerships (which they seem to have all locked down).

This one is a complete guess. Google might want to continue to push their fiber initiative, especially as bandwidth-hungry developers probably would eat it up. Then again, with the Street View privacy issues, Google may want to tone this down, at least for now.

If Google announces a tablet computer (or even confirms that one is in the works) at I/O it would shake up the tech world. We’ve reported that Verizon’s CEO said that they are working with Google on an Android tablet, but Google has in no way confirmed or denied this. Could it happen? Sure, a company with nearly unlimited resources such as Google can have lots of things in development that the public has no idea about (i.e. Google Wave), but for one thing, a tablet announcement would drown out the Android 2.2 release, and that might now be to Google’s advantage even if Eric Schmidt miraculously has an iPad challenger in his hands right now. But we can hope.

Read next: 5 things that every new app should do.