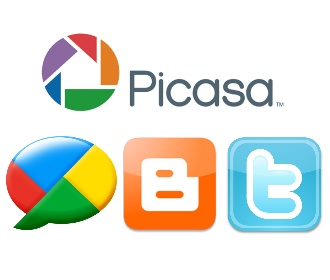 Now, if you visit a Picasa photo album, you will instantly recognise the three new sharing options; Twitter, Google Buzz and Blogger.

Users simply have to click one of the icons and a small pop-up will appear that facilitates the sharing of an album or singular photo to the chosen social network.

Google understand that album owners may not want to share their albums publicly so a  feature has been added enabling an owner to share single photos without revealing the whole album. Chen writes: “We’ve now made this possible, by updating the “Link to this photo” URL so that the album name is hidden on the viewer’s photo page (the “Share” button still works as normal).”

It’s a feature that has been long coming but might not be enough to tempt users of Yahoo owned Flickr to switch photo hosts just yet. Flickr users have had Twitter functionality and a URL shortener for quite some time.

Google’s addition, at present, is almost half baked.

Read next: How worried should we be about Google addressing our children in cartoons?