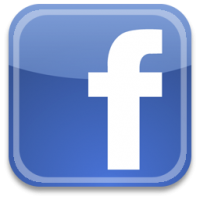 It’s on days like this that I’m fairly certain that I have 2 separate brains.  One of them loves my Apple products (OK, product.  I own an iPod Touch.) and gets really excited about the big announcements.  The other one loves my Android phone and continually scoffs at the majority of these “huge” changes.

Today’s announcement of the 4th revision of the iPhone OS has started the battle once more.  This time, though, the clear winner is more apparent to me.  So let’s take a look and see why.

The biggest news, it seems, is multitasking.  For iPhone users, this is huge.  A true multitasking ability, instead of just push notifications, has been sorely missing since day 1.  In fact, it was Palm’s entire attack with WebOS versus the iPhone.  Sadly, we see how that battle is going. But for those of us with Android devices, this isn’t news; this is expected.  If I have to close my applications in order to use another one, I’d get annoyed.  Now, points go to Apple for how OS 4 will handle the tasking.  I have to give genuine kudos to the priority-based functions.  I think that Android could certainly see a benefit in following suit.

The problem that I see, though, is that the iPhone is still locked (unless you want to take its life into your own hands and jailbreak) to the App Store.  In fact, the multitasking capability will be based upon App Store classification that might not allow an application as much processing power as you’d like for it to have.  For my money, I’ll take Android’s way of doing things when it comes to multitasking.

Sure, on my iPod Touch, I’ll use them.  I have so many games that it’s just plain stupid not to.  But really, this is big news?  Oh yes.  I forgot.  I can also rename a folder.  You know, like I’ve been able to do in Android OS all along.  Even my Apple-loving brain has a hard time getting truly excited about this. I have to give Apple some credit here. The unified inbox feature sounds very nice. It’s something that’s been a thorn in my side with Android’s base features. Likewise, simple methods for encryption would be great.

Again, though, one of Android’s main features shines here. Open source.  I honestly haven’t done much digging, but I’d almost bet that there’s an application in the Android Market that can give me unified inboxes.  Oh, and my guess is that there’s an encryption application too.

Wireless delivery of applications, great data encryption, Exchange Server support. When you’re in a business world, with today’s technology, these things become expected. These are no longer seen as value-added features of any OS, mobile or otherwise.

Now, in fairness, Android OS is not at the top of the Enterprise game. But neither is Apple. For years, RIM has set the standard. Even today, other companies have a lot of work to do in order to catch up. I have to call this an even draw.

I’m going to wrap the Game Center and iAd into one section, because both features really come down to making more money for developers. This is something that both of my brains can stand behind. The development community for Apple products is stellar, if crippled. But that’s not anything of their own doing.

With the new Game Center, and integrated iAds, developers will really be able to monetize their applications without the risk of becoming annoying. This is important, and should continue. I sincerely hope that Apple gives the developers the autonomy that they need to let this happen.

At the moment, the vast majority of games on the Android platform suck. But I think that has more to do with a less-explored platform than with the OS itself. As time goes on, and as more Android devices sell, I firmly believe that we’ll see more features and better games.

So if I’m giving Apple points on a couple of features, and calling another one a draw, how can I still declare Android the winner? It’s simple: the open-source method just works.

Android market share is going through the roof. With it, we’re seeing developers shifting their attention to Android, and releasing applications that are higher quality every day.  Instead of getting wrapped up in politics, Android developers have the autonomy that Apple needs to give.  Because let’s face it, approving every application does not mean that every application will be of good quality.

For those who have crossed over from iPhone to Android, today’s announcements likely come as too little too late.  We users shouldn’t have to wait years for basic features, or for nagging problems to be fixed.  We should have the ability to find something that works better, if we don’t like what you’re offering, and we should be able to use it on our existing device.

The Apple xenophobia, in this case, might be alienating iPhone OS 4 from gaining buyers.