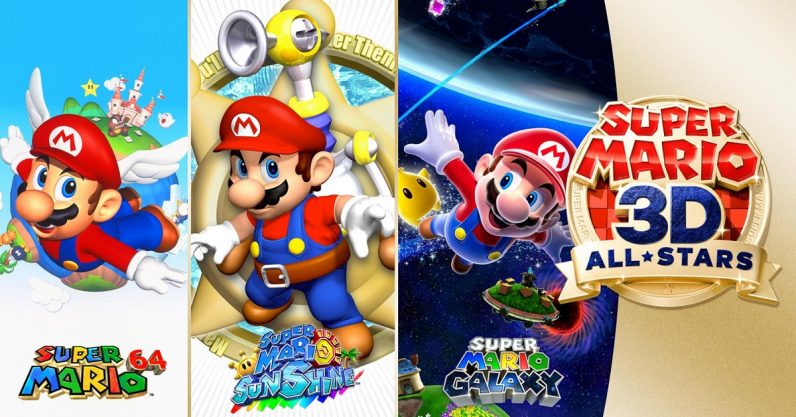 Nintendo today revealed in a special Direct that it’s celebrating the 35th anniversary of the first Super Mario game. It’s doing so by packaging several of its old classics in a special anthology called Super Mario 3D All-Stars. It’s also releasing one of the Wii U’s Mario titles, and we’ll also get an (official) Mario battle royale. All in all, a great haul for Nintendo fans.

So yeah, it turns out the rumors are true. We’d heard earlier this year Nintendo was planning to revive some of its older properties to celebrate the anniversary — specifically, we heard it was re-releasing those three games. At the time, I said that because the world was looking grimmer by the day, I was willing to accept Nintendo’s offering of older games. Ordinarily, Nintendo offering me bunch of repackaged classics in lieu of, say, Bayonetta 3 or Breath of the Wild 2 would have me very cranky, but given what 2020 has been like in the six months since I wrote that article, I don’t think I’m alone in saying, “Yes, please, I will take all the joyful, colorful Mario games you can give me.”

In addition to the anthology, Nintendo is also re-releasing Super Mario 3D World, that one Mario game for the Wii U you might remember for being the one where Mario and his family wear fuzzy catsuits. Make that yet another Wii U game on the Switch. Nintendo really does intend to wipe any need for that console off the face of the earth. This version has the same title as the original, with Bowser’s Fury added at the end, which appears to indicate we’ll get some kind of expansion pack based around you-know-who. Nintendo hasn’t thus far revealed much about it.

The final notable Mario announcement Nintendo made was Super Mario Bros 35, a 2D battle royale in which 35 players race to the finish line, using various tools, and sabotaging other players by sending enemies you defeat to their levels. If you’re having flashbacks to that one Mario fan game in which a bunch of people playing as Mario battled it out in a race to the finish line, then you’re not the only one. Still, the games aren’t completely similar — Nintendo’s official battle royale has each player alone on their level, but playing simultaneously against others. If that sounds confusing, here’s the gameplay video:

SMB 35 will only be available for a short time to Switch Online subscribers. Specifically, it’ll launch on October 1, and will be playable until March 31 next year.

Read next: TinyML is breathing life into billions of devices