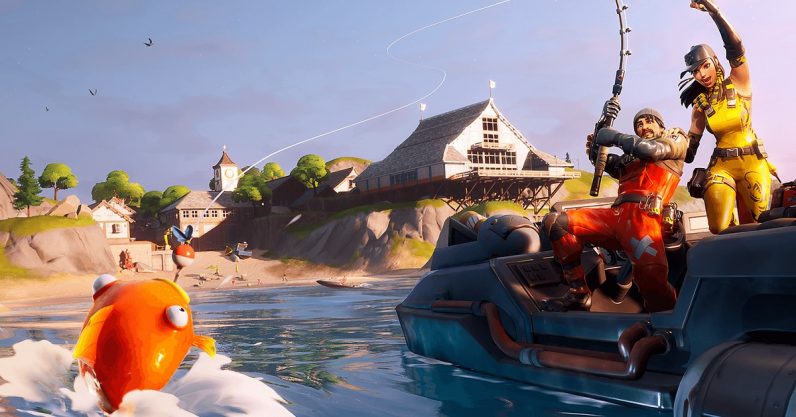 Epic Games is finally putting its smash hit game Fortnite on the Google Play Store after over a year of resistance, while proclaiming to the world at large how angry it is about having to do so. But on the bright side, you can now download Fortnite from Google Play.

When it launched Fortnite on mobile back in 2018, Epic said it would only offer the game directly from its own website. According to CEO Tim Sweeney, the company doesn’t approve of Google taking 30% from sales made via its platform. It has held out until now, but now seems to have finally given in and joined the Play Store with its figurative teeth clenched.

If you believe Epic Games, the only reason it’s doing this is because Google has made it prohibitively difficult for apps to run on Android outside of its ecosystem (statement via IGN):

After 18 months of operating Fortnite on Android outside of the Google Play Store, we’ve come to a basic realization: Google puts software downloadable outside of Google Play at a disadvantage, through technical and business measures such as scary, repetitive security pop-ups for downloaded and updated software, restrictive manufacturer and carrier agreements and dealings, Google public relations characterizing third party software sources as malware, and new efforts such as Google Play Protect to outright block software obtained outside the Google Play store. Because of this, we’ve launched Fortnite for Android on the Google Play Store.

Can you not taste the bitterness in this statement? Whomever wrote that statement was really feeling the injustice of the move, if nothing else. They also stipulated they’ll still support Fortnite outside the Google Play Store. Epic later clarified to The Verge its stance on the 30% policy: “We believe this form of tying of a mandatory payment service with a 30% fee is illegal in the case of a distribution platform with over 50% market share.”

I do wonder if perhaps this is an attempt to reach more people on Android. As much as one might dislike the Google Play Store for moral or financial reasons, one would assume you’d reach more people on it than you do off, no matter how vastly appealing your game. Righteous indignation notwithstanding, I suspect Epic will pick up quite a few more players this way. Google apparently shot back to the company’s statement to The Verge by pointing out that Epic’s had no such chastisements for Apple, despite the App Store having the same price cut.

You can download Fortnite for Android on the Google Play Store here. If you would prefer to support Epic’s stance and get it directly from the company, you can still get it here.