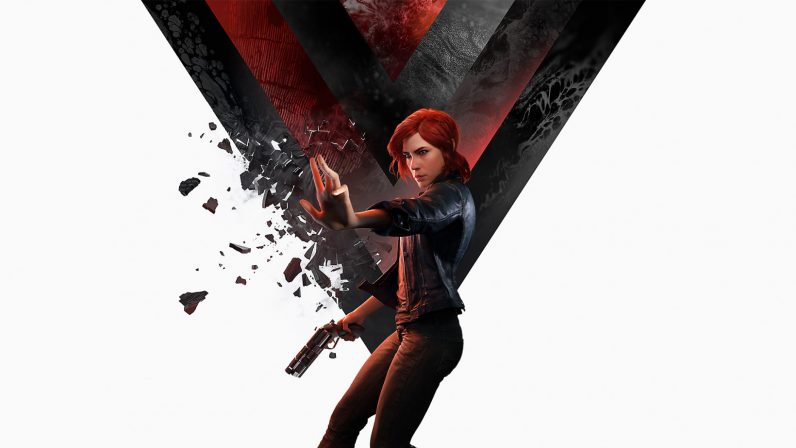 Growing up, summers were notoriously bad for new video game releases. We were forced to spend our holidays playing old games, because game publishers were scared to release their best titles during the big break.

Fortunately, that’s no longer the case. This year’s summer has been especially great, with titles like the phenomenal Fire Emblem: Three Houses (for the Nintendo Switch) and Dragon Quest Builders 2 (for Switch and PS4).

I’m happy to report that Remedy Entertainment’s Control (for PS4, Xbox One and PC) can easily hang with those summer hits.

Finnish developer Remedy is best known for Max Payne, first released back in 2001. I distinctly remember staying up all night with a friend to pirate it, so we could play it before the official European release (I was 14 and I bought multiple copies when I could, please don’t hate me Remedy). The late night was totally worth it; Max Payne was one of my favorite games growing up, and its sequel is still high up on my list as well.

The games Remedy produced after that (Alan Wake and Quantum Break) were well-crafted, but not really my cup of tea. Control, however, is extremely my shit.

Control starts off with protagonist Jesse Faden stumbling into the seemingly abandoned office of the Federal Bureau of Control, a mysterious government organization that runs supernatural experiments. Jesse is looking for her brother, who mysteriously vanished 17 years before the events of the game.

Shortly after she enters the building, Jesse finds the body of the FBC’s Director lying in his office, dead by an apparent suicide. As she picks up his weapon, she gets transported to another dimension and becomes the new Director of the bureau.

Obviously this gun is no ordinary gun, it’s what Control calls an ‘Object of Power’, a seemingly inanimate object that’s been enhanced with supernatural abilities. In this case it’s a gun that can change into different forms (shotgun, sniper rifle) and doesn’t require ammo (but has a cooldown once your clip is empty). You’ll find a bunch more of these Objects of Power scattered throughout the giant FBC facility, all granting you unique abilities. And you’ll need them, because you have a long, challenging fight ahead of you.

The FBC facility is infected by a mysterious force, called ‘the Hiss.’ The Hiss has taken over all sorts of FBC personnel, turning them into glorified zombies with weapons. Initially, the enemies are pretty straight-forward, but as you progress deeper into the facility, you’ll come across unique and challenging enemy types that require you to utilize all of your abilities to the fullest. The amount of enemies Control likes to throw at you can get frustrating at times, but mastering your skills and using your entire arsenal to eradicate them continues to be satisfying. It’s worth noting that Control has no difficulty settings, so if you’re someone who prefers to play games on easy, you’re shit out of luck.

You don’t just need your skills for combat, a bunch of them help you explore the facility in news ways too. Control is open-ended like a Metroidvania game, which effectively means that you can keep going back to areas you visited before to find new stuff in areas you previously couldn’t reach.

You’ll want to explore every nook and cranny to make sure you find all the upgrade items, mods, and documents that are scattered throughout the giant complex. Upgrade items let you beef up your gun by adding new forms (sniper, shotgun, machine gun, etc.), mods are permanent stat boosts you can swap out (more damage, faster reloads, etc.), and documents fill in the game’s backstory. It’s well worth returning to the early areas in the game, you might even find some hidden side-quests tucked away in some far-off corner.

I’ve thoroughly enjoyed my time with Control. The X-Files-like supernatural intelligence backdrop, combined with the open-ended level design and the solid ability-based combat, is right in my wheelhouse. Remedy’s games are known to be well-crafted and Control is no exception. The performances are great, and so is the writing and the story in general.

Control is solid in the graphics and audio departments. I’ve only played the PlayStation 4 version so I can’t comment on the ray tracing-tech, but the console version looks and runs decent*. It’s not the most jaw-dropping game ever, but it has a bunch of cool supernatural effects and it maintains a steady framerate in the most hectic fights so I’m not complaining.

* Update 28/08/19: I’ve only played Control on a PlayStation 4 Pro and it turns out that the game has severe performance issues on the original PlayStation 4. Maybe hold off buying it until Remedy patches the performance on the base model.

If I’d have to mention one gripe, it would be the sheer amount of enemies the game keeps throwing at you. Don’t get me wrong; the combat is great. There’s just a lot of it, and the enemies will respawn when you revisit earlier areas, making exploration more annoying than it has to be. Fortunately, upgrades and abilities make it easier to deal with previously encountered foes.

Minor gripe aside, Control is great. It’s my favorite Remedy game since Max Payne 2 and it’s worth staying inside for this summer. Tanning is bad for your skin anyway.