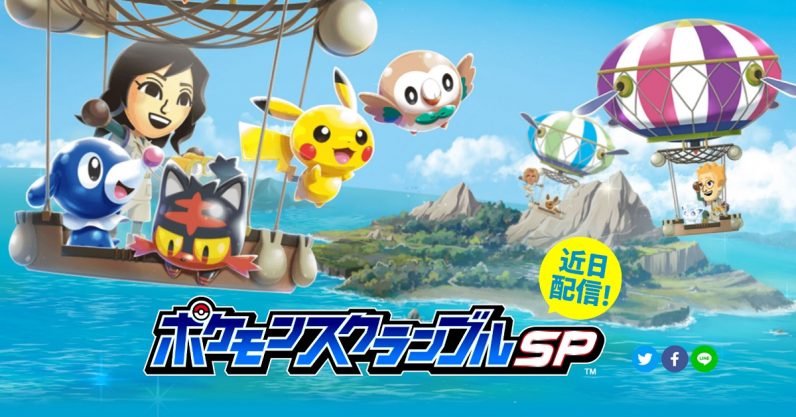 With no great fanfare, a new mobile game called Pokemon Rumble Rush was announced this week. Rumble Rush is the latest in the Rumble series (called Pokemon Scramble in Japan), a lesser spin-off of the main Pokemon games that’s basically a beat-em-up involving chibi versions of your favorite pocket monsters. The first game came out for WiiWare, with sequels on the 3DS and Wii U.

As is typical with the Rush series, your character travels to different islands, unlocking various creatures, and beating the crap out of every Pokemon you see by repeatedly tapping on the screen.

According to its Play Store description, your in-game currency is called “ore,” which can be refined into different kinds of gear. If your antennae just went up and you started immediately thinking, “Ah, so that’s going to be the catalyst for the microtransactions… yeah, I had the same thought. You’ll apparently also be able to get some rewards by beating a boss rush mode.

The game was initially announced as “Pokeland” in 2017, and had a few alpha tests in Japan. There’s not been much press about it since then — I completely forgot it existed. At first I thought it was the game mobile developer DeNA (the company behind Super Mario Run, Animal Crossing: Pocket Camp, and Fire Emblem Heroes) is apparently making with The Pokemon Company — they issued a vague statement about releasing such a game sometime this financial year. But no, Rumble Rush is apparently being developed by Ambrella, the same studio that made the previous Rumble games. So apparently there are even more Pokemon mobile games coming. Be still, my heart.

Given the popularity — if that word is even sufficient — of Pokemon GO, and the current hotness of Pokemon in the wake of the release of Detective Pikachu, it’s a little odd that this release wasn’t given more sturm und drang. When Pokemon GO launched, you couldn’t escape the tide of advertising. But maybe they’re waiting to roll out the proverbial red carpet until the game is actually launched on all markets.

It’s reportedly available in Australia, and will apparently be put out on iOS and Android everywhere else “soon.” We’ve contacted Nintendo for more information.