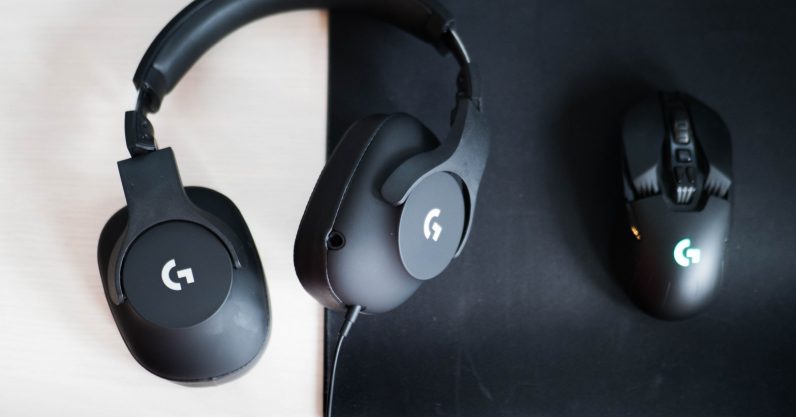 Logitech has new headphones aimed directly at the pro gamers – and those who aspire to be – and they’re refreshingly devoid of superflous features. Like Logitech’s G Pro Mouse and Keyboard, the G Pro Gaming Headset does away with marketing gimmicks and focuses on details requested by esports gamers. And it’ll come with a pretty reasonable $89 price tag when it goes on sale in April.

You can tell Logitech’s serious by the conspicuous lack of gaming nods like RGB or garish designs. The G Pro just look like… a chunky headset. The microphone doesn’t even retract or fold away like most other gaming headphones. It’s simply a detachable piece that uses a standard 3.5mm connection. That makes it both less likely to break and easier to replace.

Another sensible decision: leather earpads. Most gaming headsets – including Logitech’s past models – use some athletic fabric that promises to be more sweat resistant. The problem is that nobody actually likes that stuff (or at least, that’s what I imagine). It hardly blocks any sound from the outside world, and tends to be a little scratchy.

The faux leather on the G Pro, on the other hand, is plush and provides a decent amount of isolation. There’s also a suede option in box too that’s a little more comfortable and a little less isolating.

They sound great too. I’ve previously enjoyed Logitech’s Pro-G drivers – which use a hybrid mesh material to reduce distortion  – but have found them a little bland for with the default tuning. Logitech tells me it’s tweaked the sound on the on the G Pro to be a little more on the ‘fun’ side – meaning, more slightly more bass and treble – without sacrificing quality.

As far as I can tell, it’s a success. Comparing them against Logitech’s G533, I immediately prefer the sound on the newer cans for both games and music, although the latter depend on your source since they are wired. Compared to SteelSeries’ new Arctis Pro, the G Pro seem to resolve slightly less detai, although their quality will depend on your source like any wired headphone.

The treble on the G Pro can be a little harsh on bad recordings, but it’s ample detailed, and the bass is both impactful and tight. If the sound isn’t to your liking, Logitech says it’s drivers are designed to respond well to EQ.

But their greatest asset is the soundstage; the G Pro have a more expansive soundstage than most closed-back headphone I’ve used – gaming or otherwise –  and they can even challenge some open backs. It’s probably due to the giant earcups. It makes for a great positional audio experience, aided by a clear sense of instrument separation even in complex tracks. There’s no fancy 3D audio processing on board, but with every Windows 10 computer now having accessing to both Windows Sonic and Dolby Atmos for headphones (the latter, for a price), it’s something of a moot point.

I really like these headphones. Though SteelSeries won me over on a audiophile front, Logitech’s G Pro provides a compelling option for gamers looking for a quality, no-frills headphone under $100.

Read next: Reverse engineering consciousness: Is the brain a quantum computer?