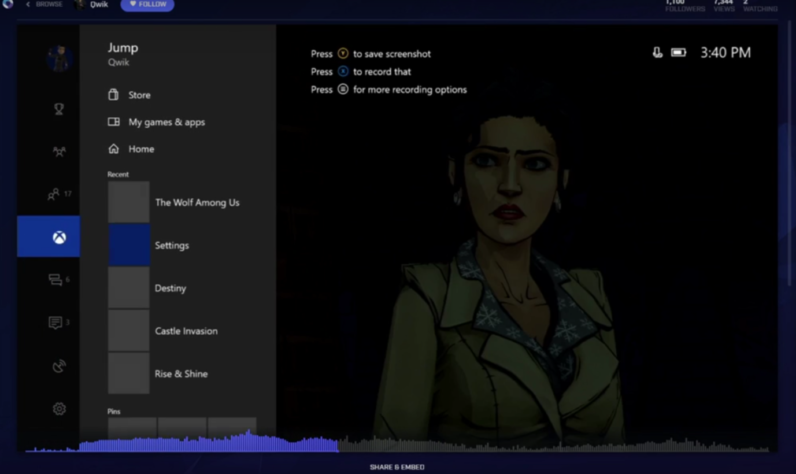 Last week, Microsoft announced that it would update the Xbox One with a snazzy new look, new streaming features, and an overarching emphasis on getting everyday tasks done as quickly as possible. Now, thanks to Mike Ybarra, head of platform engineering for Xbox, we’ve got an idea of what that might look like.

The biggest (and, let’s face it, most welcome) change is the new guide, which lets you seamlessly switch between apps and games without having to gracelessly schlep back to the dashboard.

You can check it out in this demo video captured by Windows Central.

As someone with several different games on the go (Watch Dogs, Fallout 4, and Sunset Overdrive, if you must ask), this is music to my ears. Like a lot of people, I’ve got gaming ADHD, and I can’t stick to one title the entire way through.

This is but one of several new enhancements coming to the Xbox One really soon. You can also expect to see tweaks to Cortana, music controlls, and the Gamerscore leaderboard, as well as a new achievement tracking overlay.

Microsoft shows off its new Xbox One dashboard on The Verge