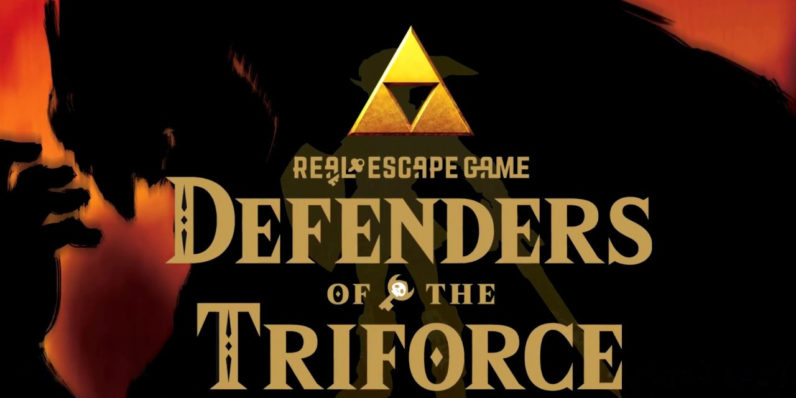 One of the major reasons gamers are looking forward to Nintendo’s upcoming Switch console is the arrival of an exclusive new Zelda game.

You might be in for a long wait, though, as we only know that the title will arrive some time next year. But if you’re in the US, you could experience a bit of the Zelda universe ahead of that – in real life. Nintendo is teaming up with Scrap to build an escape room puzzle game that it’s calling ‘Defenders of the Triforce‘.

However, the company insists that it’s not your typical escape-from-a-locked-room challenge:

Participants work in teams of six to solve a mystery in a huge area, all within a set time limit. The experience will let guests interact with classic items and characters seen in The Legend of Zelda series like the Goron, Zora and Kokiri tribes. Discovered items can be used to solve puzzles and move forward into other areas, just like in The Legend of Zelda games.

Scrap, which has previously won awards for its escape puzzles, notes that you’ll need a team of six people to play. If you arrive in a smaller group, you’ll receive assistance in forming a full team with other players. Cosplay is encouraged, but not necessary; you also don’t need to know about the Zelda games to participate.

‘Defenders of the Triforce’ will tour across several major cities in the US starting in January; tickets cost roughly $40-$60 apiece, and pricier options include admission, as well as posters and special coins. You can find the schedule and book tickets here.