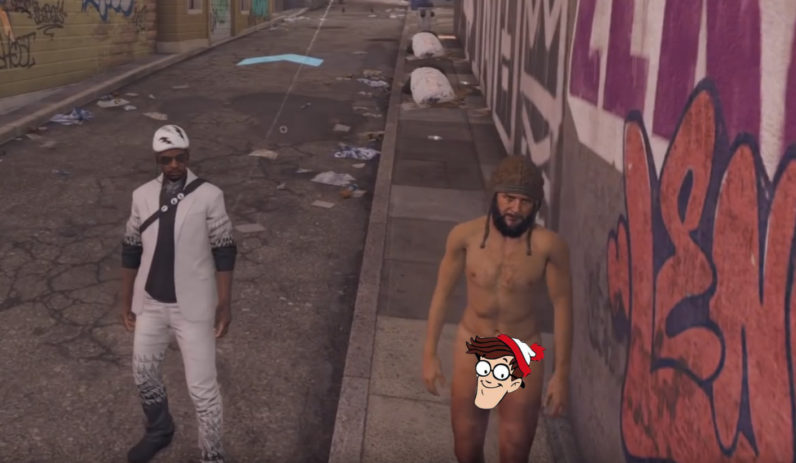 Yesterday, Sony banned avid gamer Goron2000 after he took to Twitter to share an explicit image of a vagina he stumbled upon while playing the newly launched open-world adventure game Watch Dogs 2. The incident quickly went viral, prompting creator Ubisoft to make some small changes to its game.

In an intriguing turn of events, the French game-maker has made an executive decision to wipe out all vagina imagery from Watch Dogs 2. Unlike female genitalia, however, Ubisoft is sticking to penises as it appears the modifications won’t affect male models.

When asked to explain the changes in more detail, Ubisoft told Kotaku its plans involve “patching the one female NPC [model]” but made no mention whether the changes will likewise apply to male characters – and from the looks of it, the D is there to stay.

Shortly after the story picked up momentum, Ubisoft issued a statement notifying that the company is working with first-party partners to ensure players can freely “share all content from the game” within the respective codes of conduct of its parties.

While Watch Dogs 2 is a mature-rated game, we apologize and will update this NPC model to make it more consistent with other NPC models in the game in a patch to be released this week. We also are working with our first-party partners to ensure that players can continue to play and share all content from the game within the bounds of the first parties’ respective codes of conduct.

Following these developments, Goron2000’s ban was temporarily raised from one week to one month, but Sony has since lifted the suspension altogether.

Sony have undone the suspension. We won! I think? They never admitted fault of course. I want to thank everyone for their support today.

As highlighted by the Entertainment Software Rating Board, Watch Dogs 2 features sexually explicit images profusely – so it’s not at all surprisingly players have been sharing NSFW photos taken inside the game.

Still, I find it somewhat ridiculous that Sony deems it a punishable offence to share images of vaginas found inside the game, while it’s totally okay to toss around computer-generated dick pics.

Don’t get me wrong: I have absolutely no squabble with sexually explicit genitalia imagery in games or movies – but let’s at least treat both male and female organs equally, online and offline.

Watch Dogs 2 Will Patch Out 'Particularly Explicit' Genitalia on Kotaku