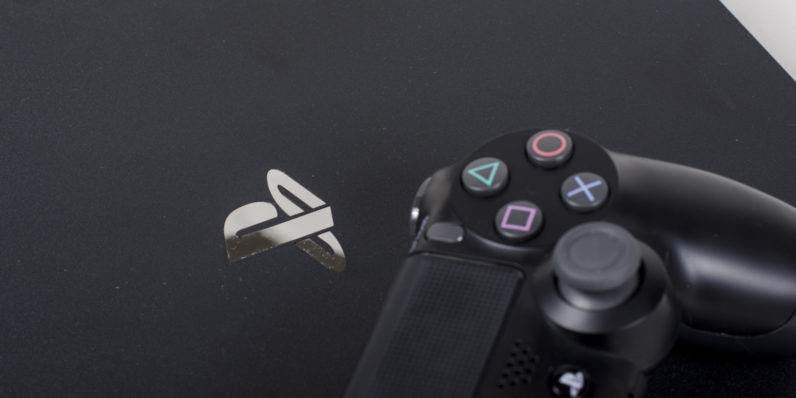 We’ve had our grubby little mitts on the PlayStation 4 Pro for a little over a week now. Today, we can finally tell you about it.

First, it’s important to understand that it’s an iterative update. It’s not a ‘new’ system in the truest sense of the word, just an upgrade over the previous versions. It’s this update that upset some of Sony’s biggest fans, as they feel a mid-life refresh after dropping anywhere from $250-$400 on a console (or more on a bundle) is a bit of a slap in the face.

Put down your pitchforks; this isn’t a profit play by Sony.

Much of what Sony added to the PS4 Pro wasn’t even feasible when the original launched back in 2013. What was available would have been extremely high-end, making it unaffordable to the masses. While you might be comfortable dropping some serious coin on a beast of a gaming rig, the parents of the average 12-year-old aren’t.

It’s about checks and balances. Sometimes you have to do the best you can at the price point you’re targeting. Suck it up.

There’s also the issue of 4k television. 4k TVs were available in 2013, but few of us actually had one. They were new, expensive, and according to some: gimmicky. For a refresh that’s all about 4k and HDR, the quality of the television it’s plugged into makes a world of difference.

4k and HDR will revolutionize gaming 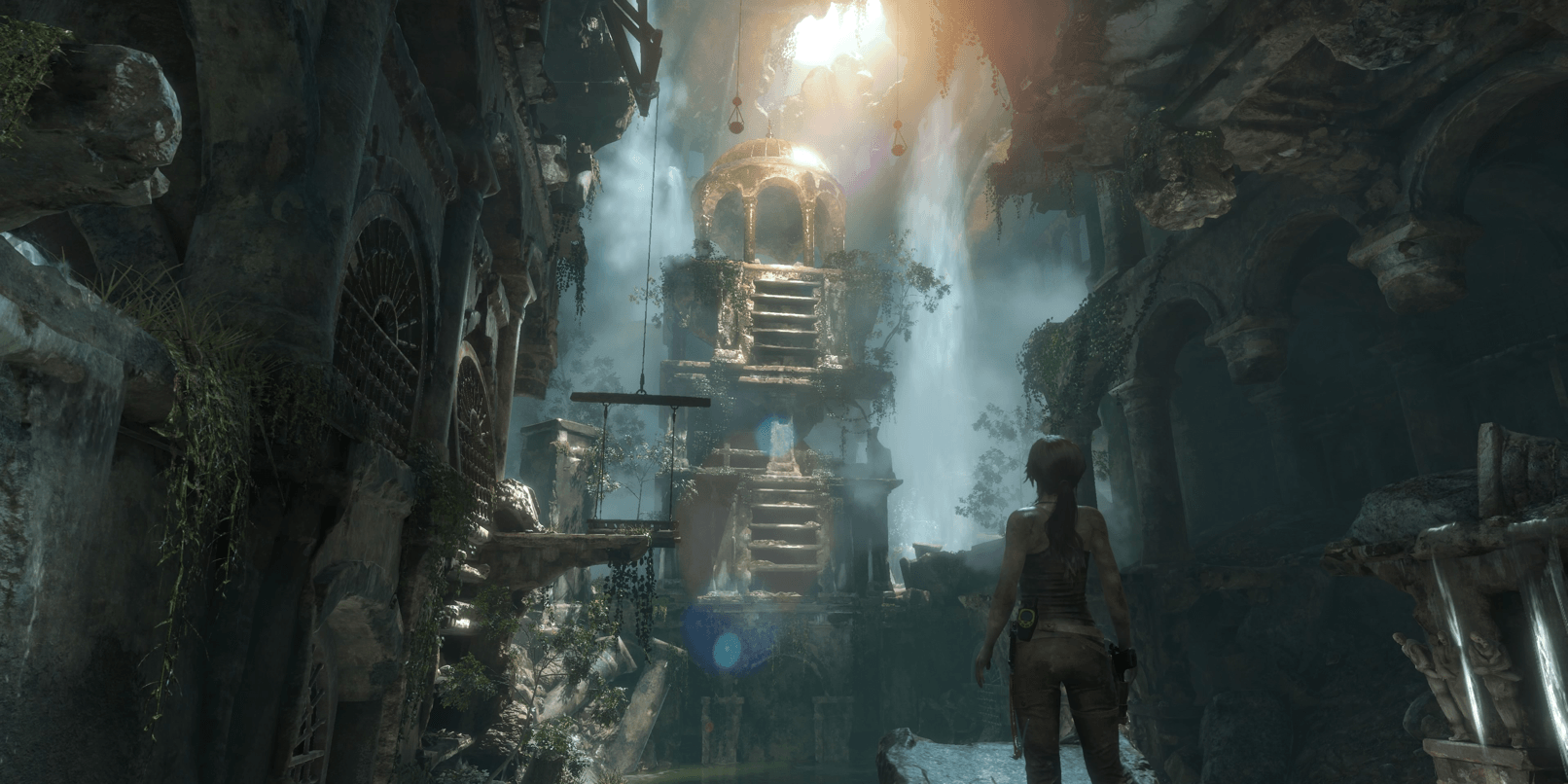 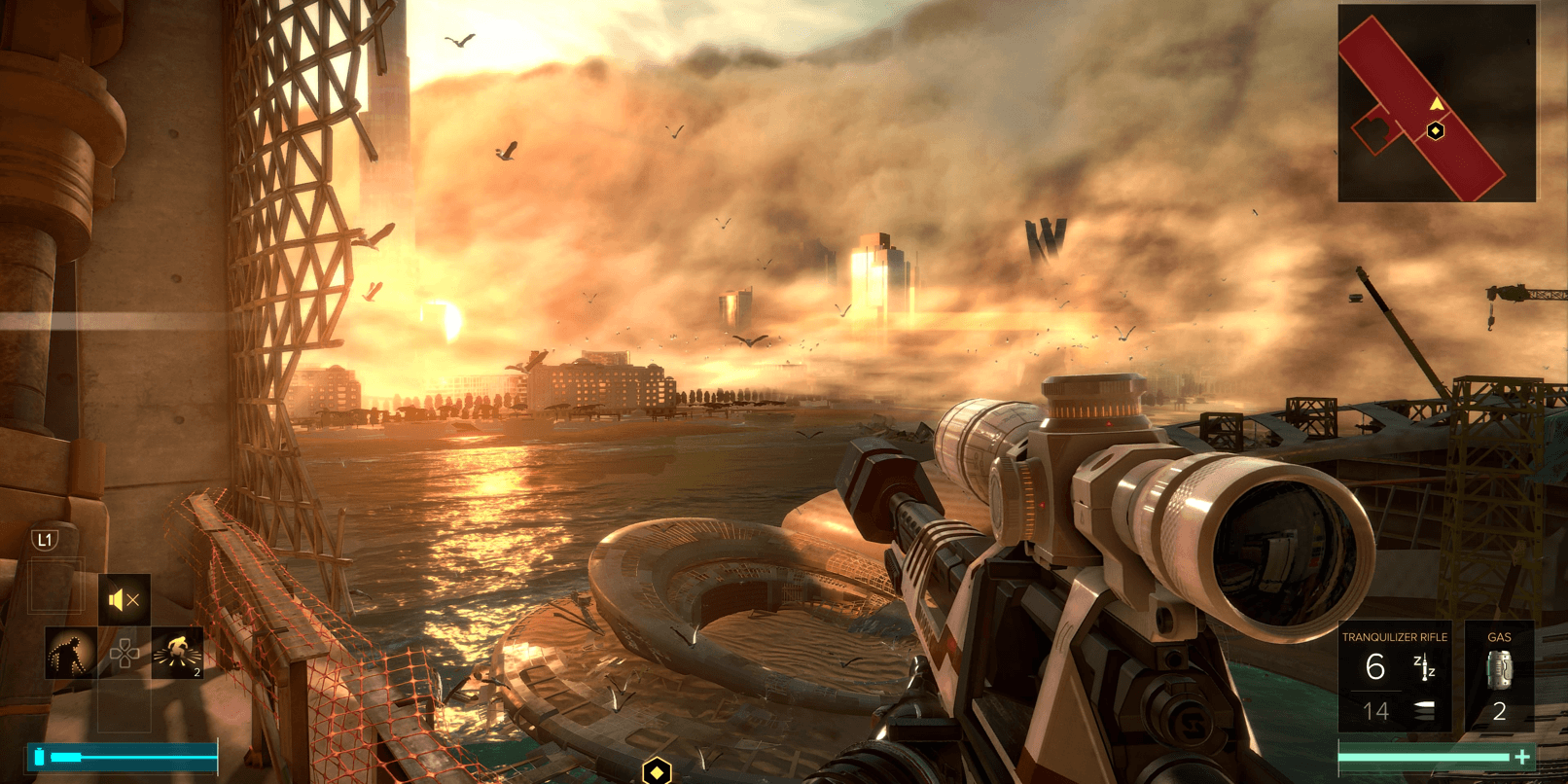 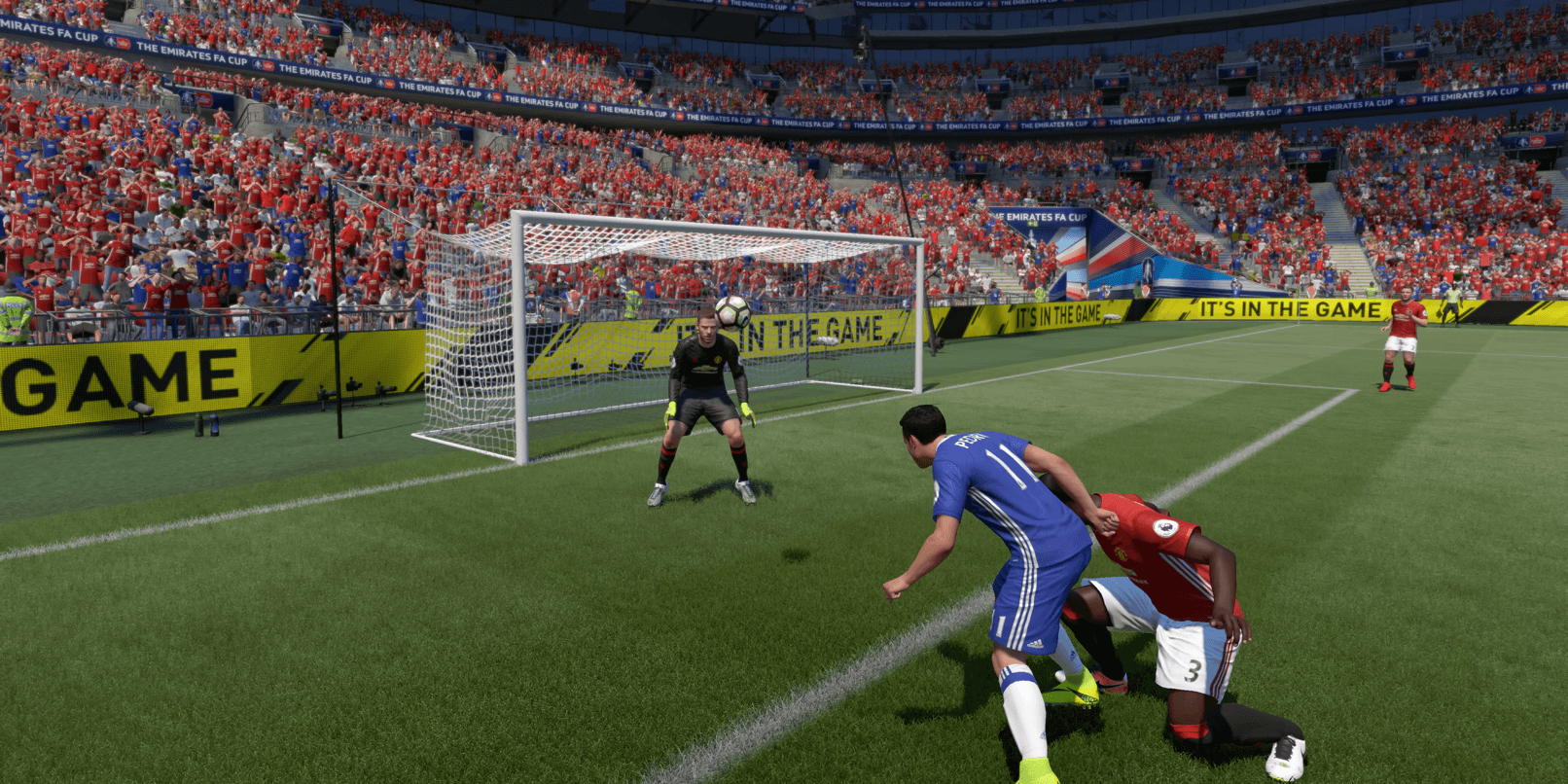 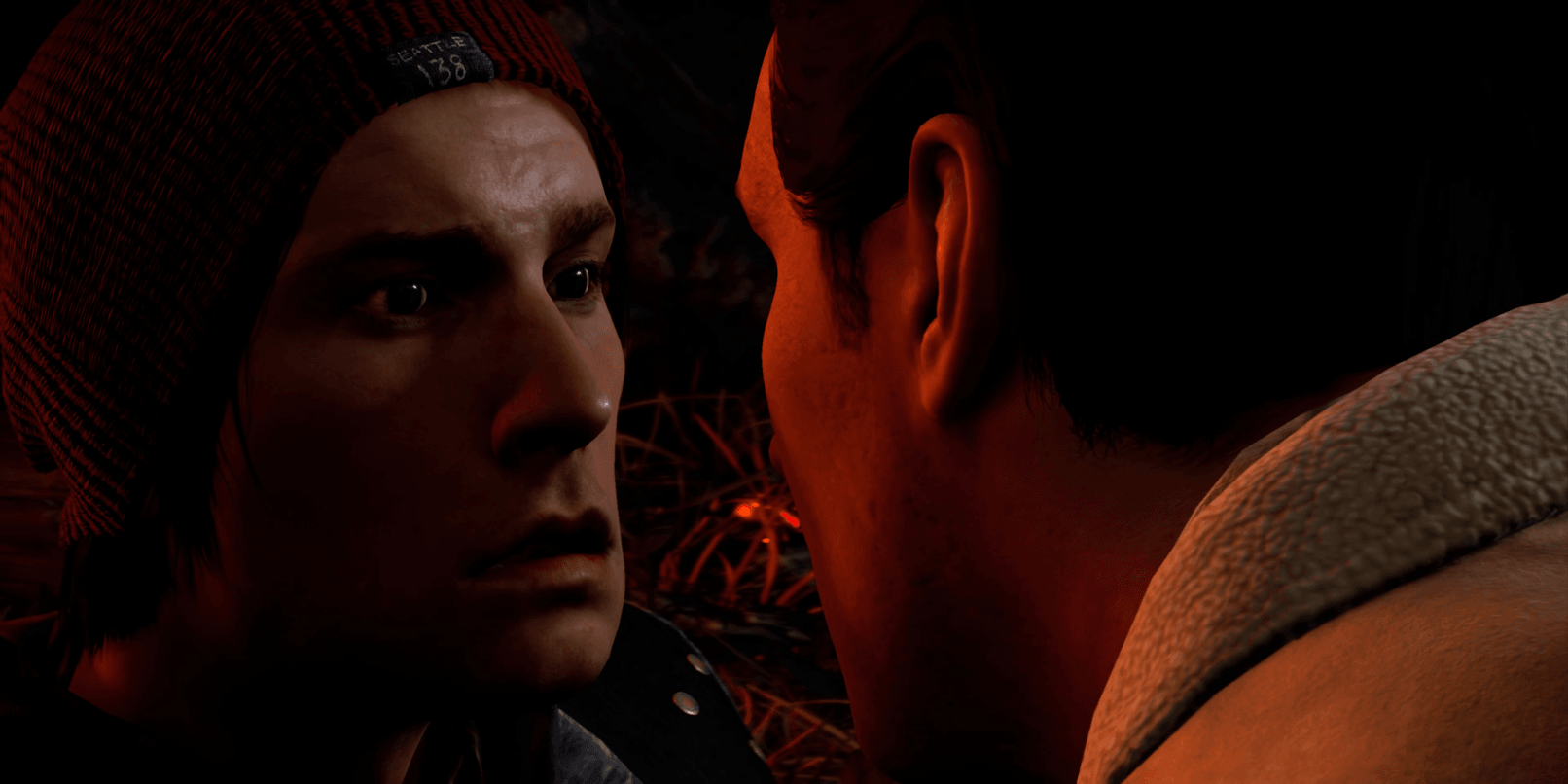 If that seems hyperbolic to you, you’re going to have to try it for yourself. I’m confident you’ll see the light. In fact, it’s light (and resolution) that makes the refresh so fantastic. Aside from more pixels crammed into every square inch, developers now have the power to enable truly spectacular lighting effects without so much as a hitch in the frame rate.

HDR (high dynamic range) in combination with 4k is the catalyst behind the change. Let’s touch a bit on what they are, and how they’ll improve the gaming experience:

The PS4 Pro makes use of both of the features to render games like you’ve never seen them. More detail, better colors, and lighting effects that will blow your mind are just some of what you can look forward to. In essence, you’re getting what PC gamers have been telling you makes their rigs better than yours.

If you’ve ever played a PC game, you can think of it this way: PS4 Pro is akin to maxing out all the graphical settings and running it without so much as a hiccup. 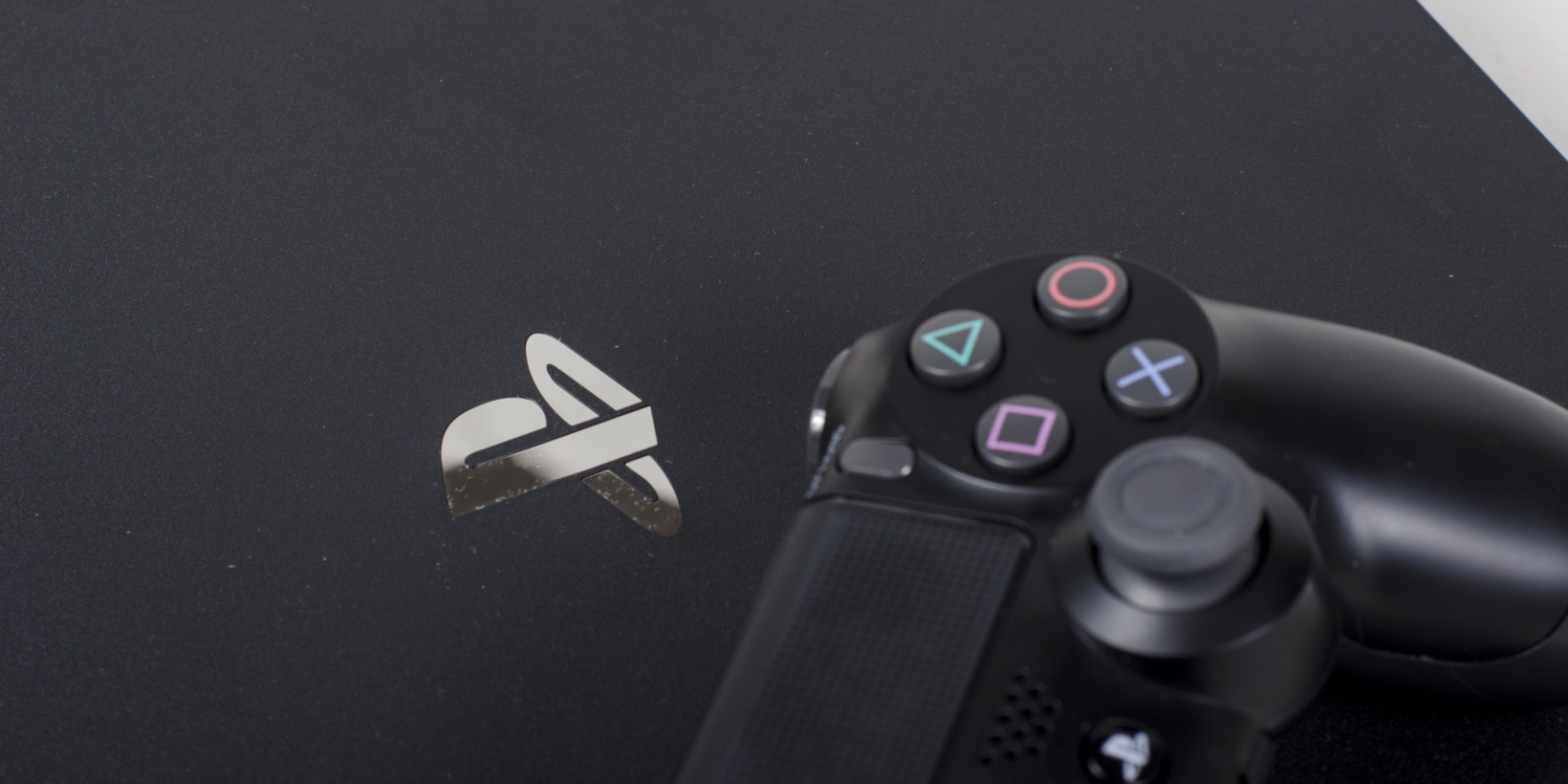 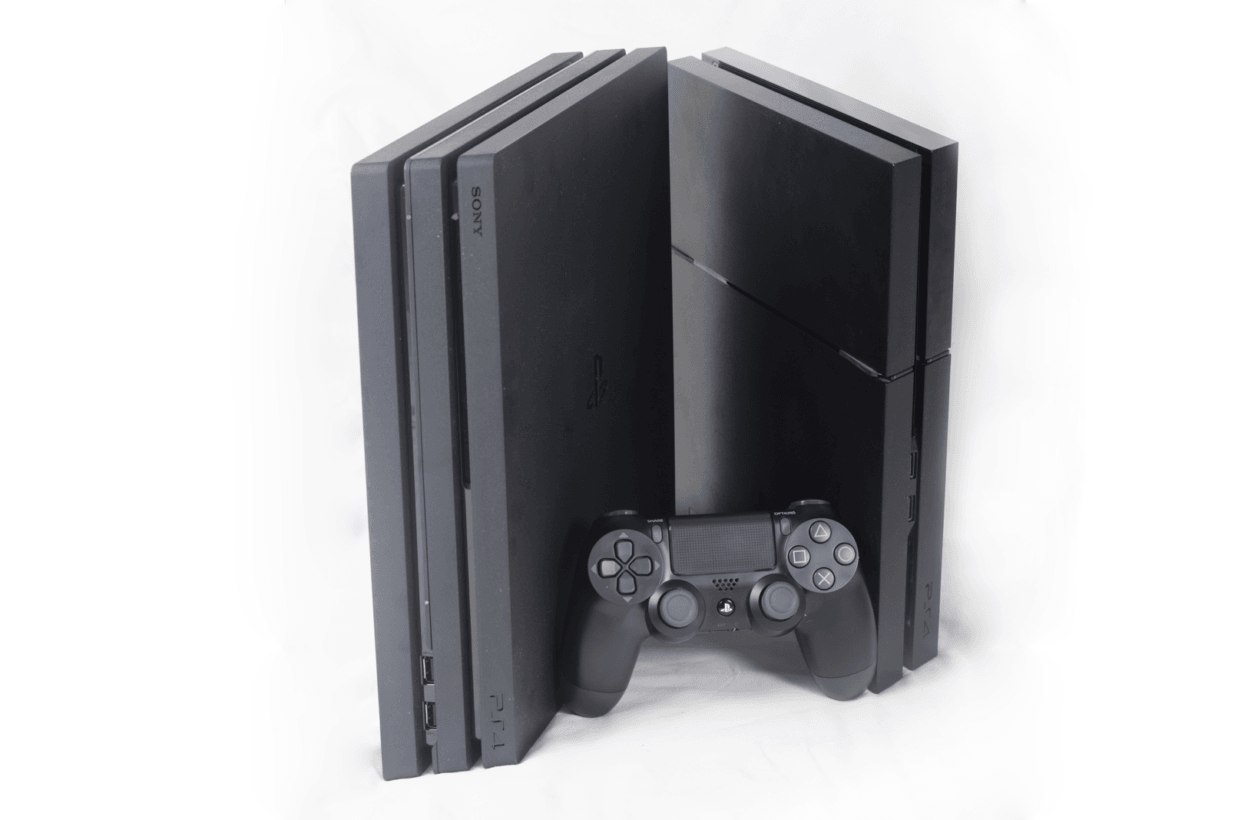 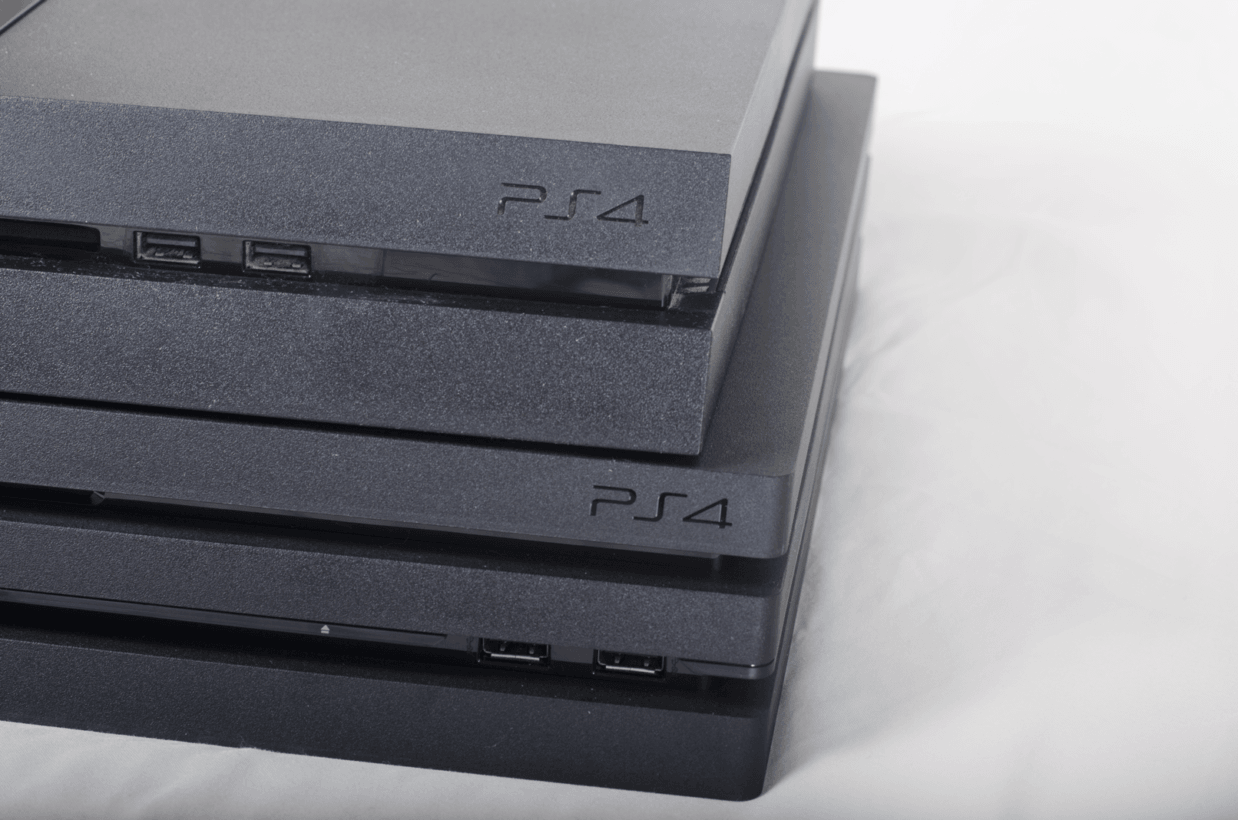 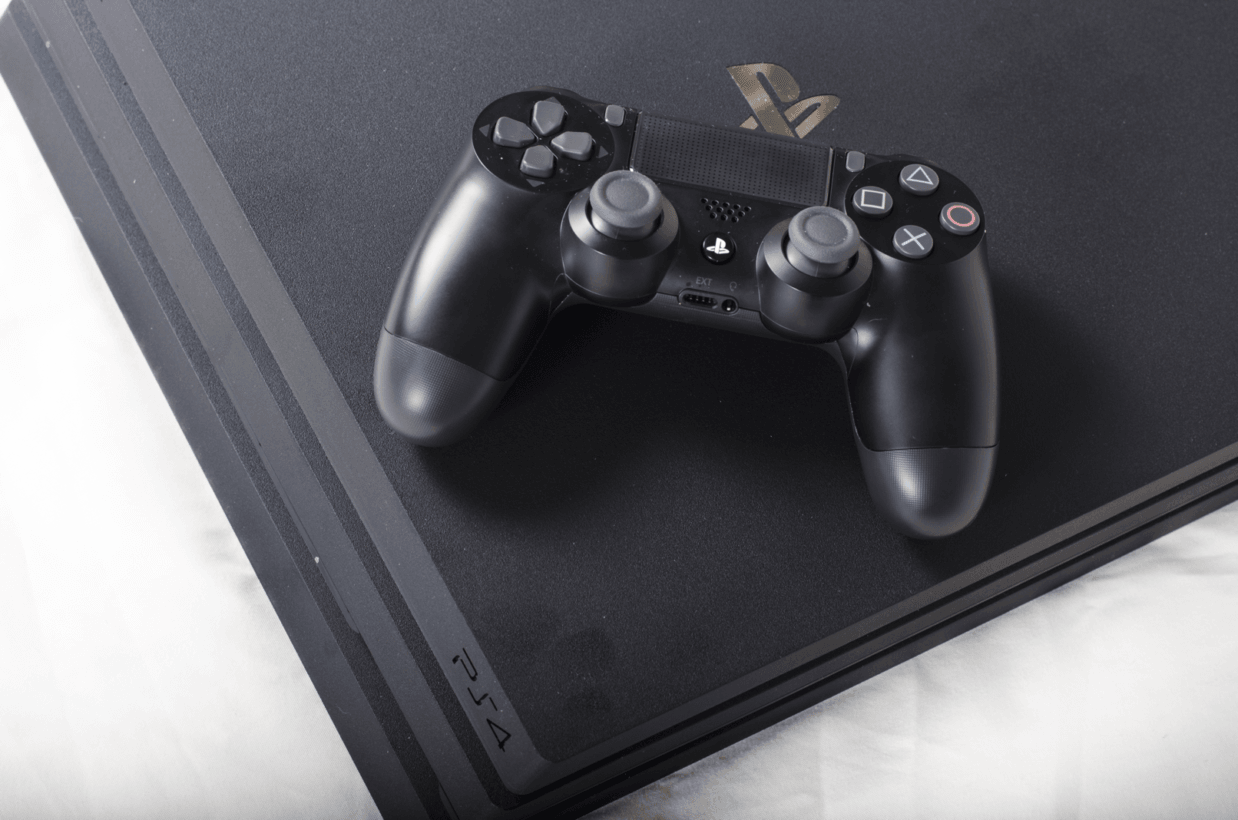 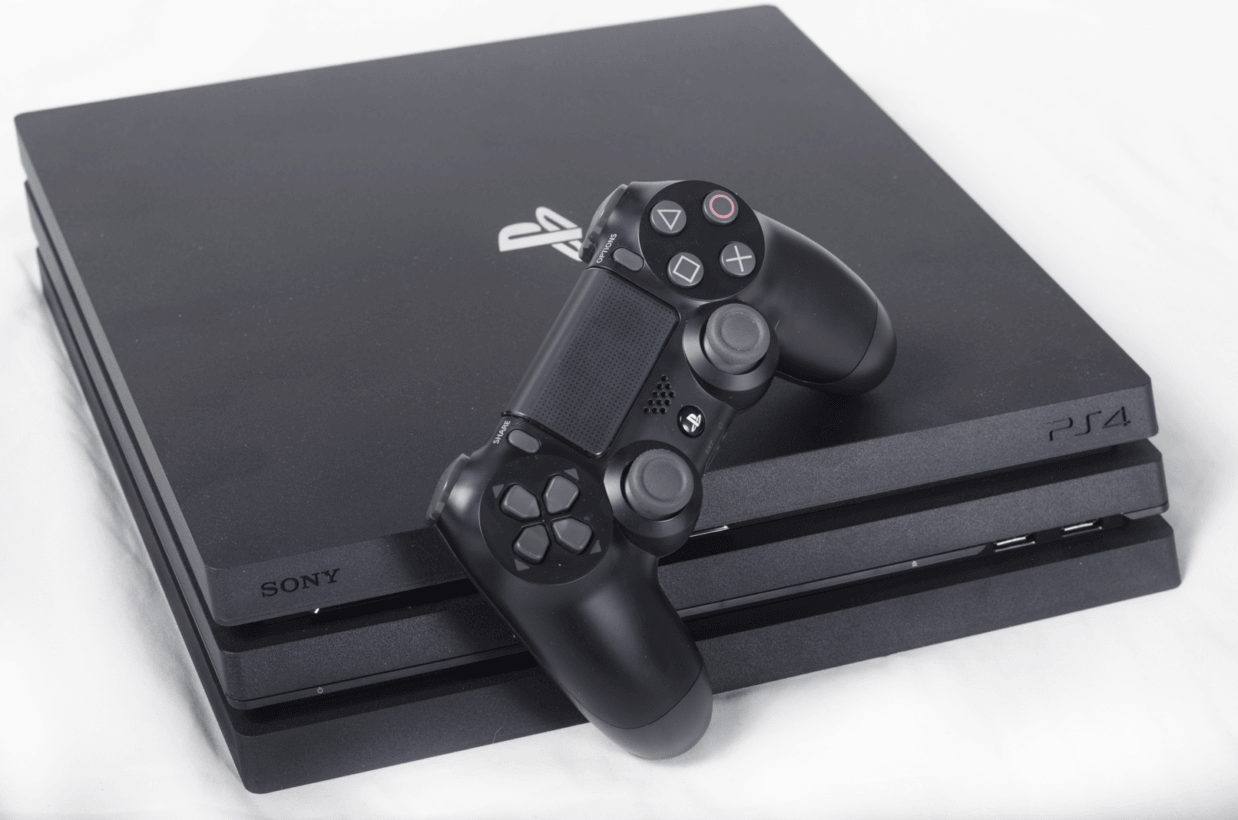 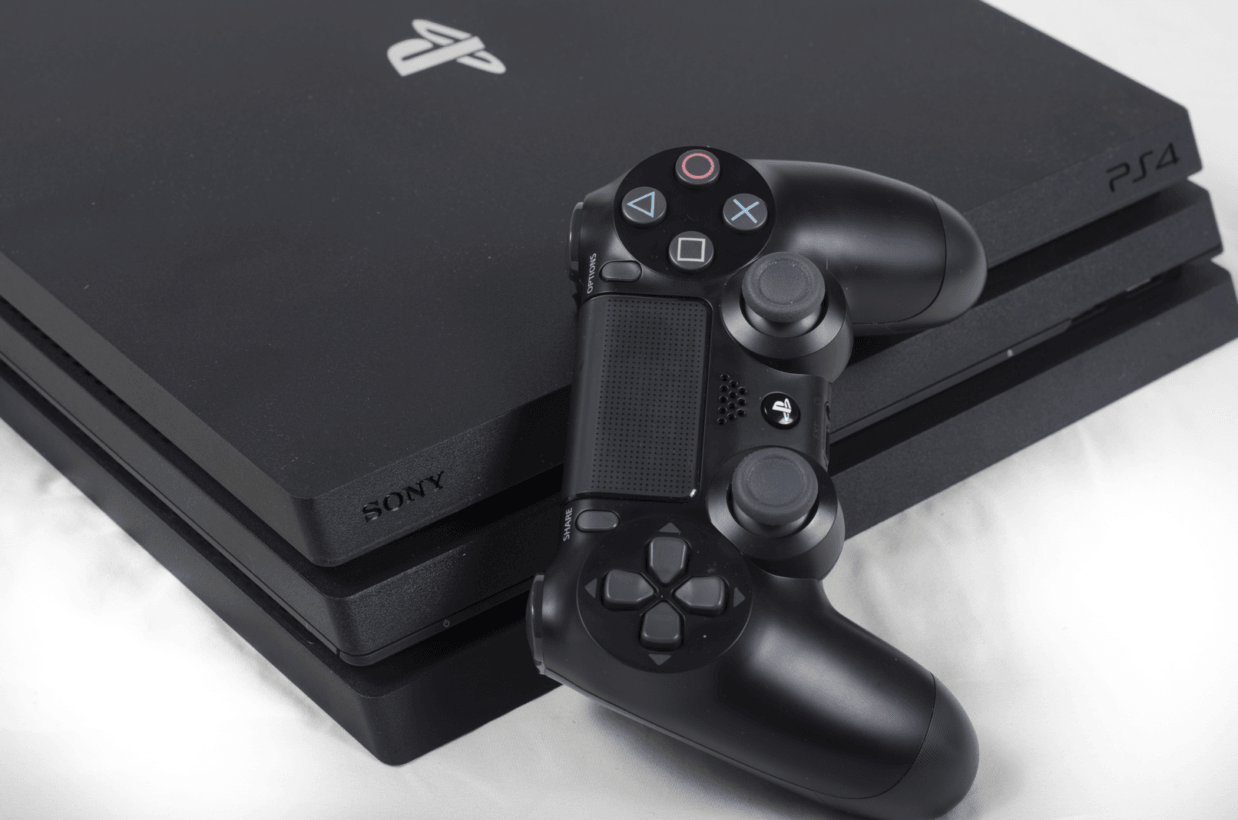 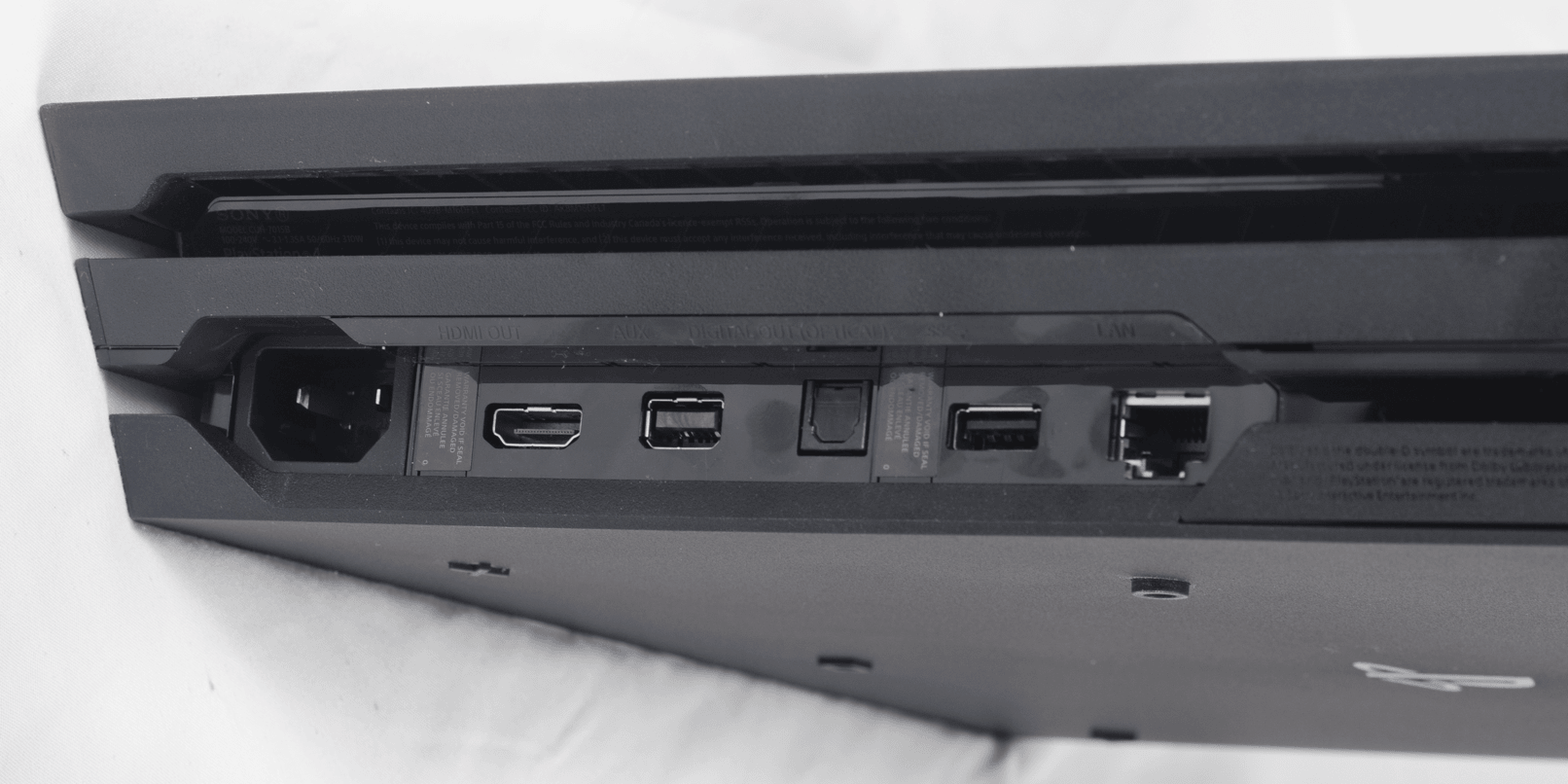 When you remove the system from the box the size difference is immediately apparent. The Pro is a tad larger than the previous PS4. It’s heavier, wider, longer, and thicker. In ever sense of the word, it’s the big brother to the original offering.

It connects in much the same way as the last PlayStation, only now with a bulkier power cord.

Once powered on, you’re met with the familiar interface of the PS4. If you’re expecting a Pro-only dashboard or some differentiation from the original, you’re going to be disappointed. For all intents and purposes, it’s exactly the same system you’re used to — until you start your first game.

Speaking of games, it’s important to understand that nothing changes other than how they look and perform. There are no exclusives for the Pro, and all of the games will work on the standard PS4. Sony forbids developers from adding features that try to force an upgrade. Instead, the goal is to coax studios into making games (or patches) for the Pro that improve performance for those with the updated console while not limiting play on the standard PS4.

The approach works great and it won’t necessitate an upgrade until you’re ready.

We played a handful of titles on the Pro ahead of the November 10 launch. It was a mixed bag.

Older titles with ‘Pro’ patches like ‘Call of Duty: Black Ops III,’ showed just incremental improvement over the original. Textures were sharper, lighting was better and the games seemed just a touch more responsive than on the original PS4. If I were to stop after trying just titles like CoD and Deus Ex, I can confidently say my recommendation would have been to wait for games built from the ground-up with Pro-level graphics in mind (not patches).

But, something changed once I reached out to a few other studios to try their recently patched games — titles like: ‘FIFA 17,’ ‘inFAMOUS Second Son,’ ‘Last of Us,’ ‘Battlefield 1,’ and ‘Rise of the Tomb Raider.’ I’m glad I did.

Each of these was impressive, but ‘Rise of the Tomb Raider’ was the star. The lighting was spectacular, temples looked amazing (and often daunting), and Lara Croft never looked better (or more clothed). Until we get our hands on ‘Call of Duty: Infinite Warfare’ (a game built from the ground-up with the Pro in mind), this and inFAMOUS set the bar for what’s possible.

Even ‘Shadow of Mordor’ looked incredible, a huge surprise for a three-year-old game.

Not every title is going to offer these improvements. Games that take advantage of the upgraded hardware are either built that way from the ground up (like Battlefield 1) or patched (Shadow of Mordor). The patched games are hit-or-miss with titles like ‘Uncharted 4’ showing incremental improvement, and ‘Rise of the Tomb Raider’ absolutely blowing your mind.

Sony doesn’t require game makers to make use of the increased capabilities, either. The only requirement currently in place is that games that are patched for the Pro can’t suffer on non-Pro consoles due to the update.

The PS4 Pro is touted as a 4k gaming machine, and for the most part it really is. What’s odd though is Sony’s boastful proclamation that the machine is twice as powerful as the original PS4. While great on its own, it’s still a bit underpowered by PC standards, and features a graphics card that would be on the light side if you were building a 4k gaming rig of your own.

Games also aren’t native 4k. Instead, studios have the decision to render the visuals in resolutions anywhere from 1080p to 4k, with most choosing an upscaling method that delivers what looks like 4k, but isn’t really there. Although mostly imperceivable to the average gamer, this isn’t the native 4k we were promised when Sony delivered the machine.

Again though, you probably aren’t going to notice and this is uber-nitpicky. Some titles are simply fantastic, and if they aren’t in 4k, you’ll really never be able to tell. Others are, well, not so great… but it’s a new system, and we’ll really have to take the wait-and-see approach to find out if future blockbuster releases are going to get the 4k treatment.

I’d wager they are.

Lastly, the system doesn’t have a physical drive that supports 4k, another really odd choice for a system built on the back of higher resolution gaming. That’s not to say there aren’t 4k content options, there certainly are — Netflix and YouTube are both working on 4k streaming options for the PS4 Pro.

Honestly, it’s hypercritical to even mention the shortcomings, as gaming is really all about having fun. These games look great, and if we can’t perceive them being less than 4k, does it really matter? I’d have a difficult time imagining games like Tomb Raider being better, even if they did manage to squeeze out a tiny bit of extra resolution to make up the subtle difference.

If you’re wondering about PS VR improvements: I didn’t really notice much of a difference. Frame rate was improved, but the visuals were mostly the same. Load times were also unchanged, as Sony stuck with the spinning platter rather than moving to an SSD — probably for cost saving benefit. A Pro with an SSD probably would have increased the price considerably although you still have the option of adding one yourself.

Is it worth upgrading?

As with all things in life, it depends.

If you have a 4k television and you must have the latest and greatest, absolutely. You should stop reading and go pick one up now. We’ll be here when you get back. If you find yourself buying a game or two a year and playing sporadically, you can probably hold off a few months until more titles make use of the impressive new hardware.

Those with non-4k televisions: Sony didn’t forget about you. There are some noticeable improvements in both framerate and visuals. Neither hold a candle to the 4k versions with HDR, but games like Shadow of Mordor and inFAMOUS look better than ever, even on 1080p. If I were forced to make a firm recommendation though, I’d wait on buying one until I had a 4k tV to get the full benefit.

Save those coins for a 4k TV with HDR, then upgrade.

Read next: Removing your laptop and liquids at airport security may soon be a thing of the past