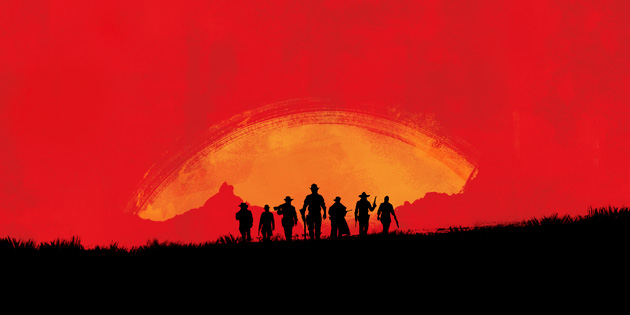 Since Sunday, GTA V developer Rockstar Games has been teasing, albeit subtly so, a sequel to its open-world action title Red Dead Redemption. The 2010 release made a splash on consoles and turned many a PC gamer green with envy.

The first teaser – a simple image featuring the developer’s logo on a blood-red background – left a lot of room for speculation. However, the latest one posted on its social channels yesterday, a piece of art depicting seven silhouetted individuals, a number of them wearing hats and armed with guns, appears to be a nod towards a Red Dead sequel.

Rockstar isn’t saying much else at the moment, but we’re poking and prodding the company to learn more and will update this post if there’s a response, as best as we can with our crossed fingers.

Update: It looks like Rockstar Games’ parent company and distributor Take-Two Interactive registered the domain reddead.online last August. There’s nothing on there yet, though – but hey, it’s something.

Erratum: We previously stated that the same studio behind Grand Theft Auto V worked on Red Dead Redemption. While they’re part of the same company, Rockstar Games,  those titles were developed by Rockstar North and Rockstar San Diego respectively. We’ve since updated our title to note that Rockstar Games is the publisher behind both games.

Read next: Asphalt racing game series goes off-road for its next title