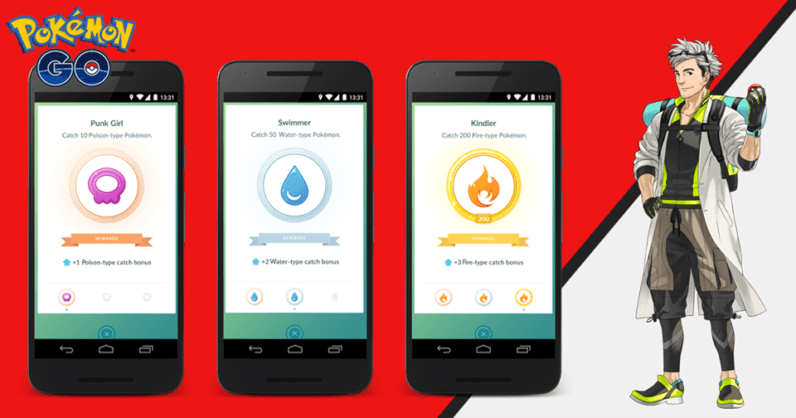 Pokémon Go might be gradually losing steam, but that isn’t stopping creator Niantic from continuously improving the game.

The company announced it’s working on a new update that will make it easier to hunt down rare Pokémon – and also give you more incentive to catch low-level creatures.

The upcoming feature will introduce a new catch bonus that increases your chances of capturing rare Pokémon based on catching certain types of creatures.

While previously earning medals within the game merely awarded more points, tiering up will soon give you better chances of catching specific types of Pokémon. For instance, catching a certain number of water-type creatures could earn you a Swimmer medal, which will in turn increase your chances of capturing rare water-type Pokémon.

Here’s how Niantic explains the feature:

These new bonuses will give you a better chance of capturing Pokémon with a related type. For example, as you reach a higher tier for the Kindler Medal, your bonus to catch Fire-type Pokémon such as Charmander, Vulpix and Ponyta increases.

While Pokémon enthusiasts have responded well to the announcement, many voiced their concerns that Niantic should instead focus on developing a robust tracking system – a feature that used to be available when the game first launched.

It is not yet clear when Niantic is rolling out the update, but you probably won’t have to wait too long.

Read next: Master the tech that powers smart homes and self-driving cars with this premium training