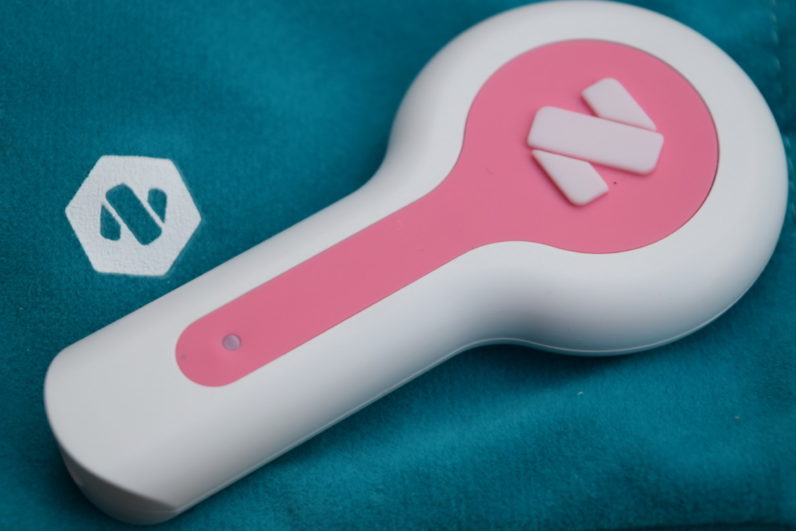 About five days ago, my fiancee started feeling sick. It started with the sniffles, and then developed into a full-blown hacking cough, and ended up with a late night trip to the doctors. As I write this, she’s dosed up on antibiotics, nursing a cup of tea, and curled up in bed.

Anxious that she was coming down with a fever, I’ve been closely monitoring her temperature. But I haven’t been using a traditional thermometer, which is essentially mercury in a thin glass tube.

Instead, I’ve been using Flo, which is a contact-free infrared thermometer which has its own companion app.

Flo has been on our radar for a while now. We first wrote about it eight months ago, when it was still in its nascent KickStarter phase. One successful crowdfunding campaign later, and it’s an honest-to-god product you can buy online for just $50. 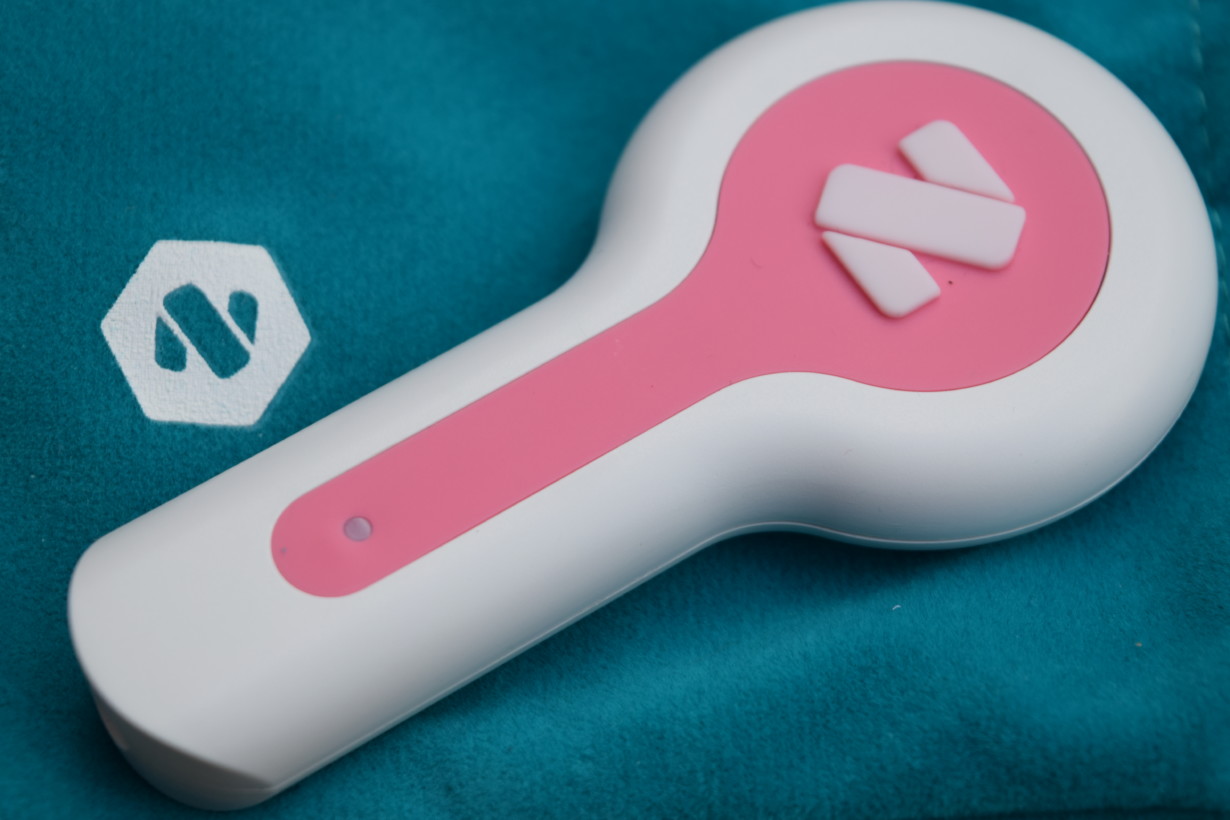 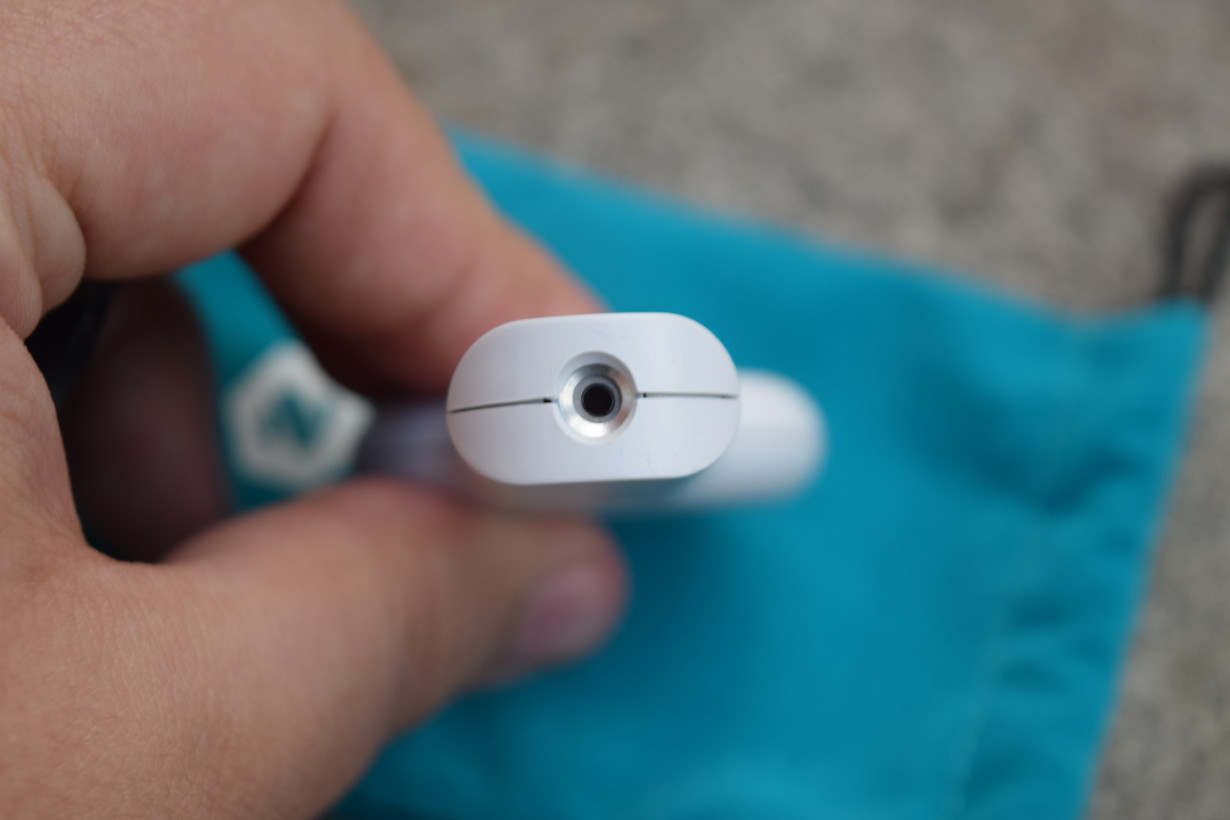 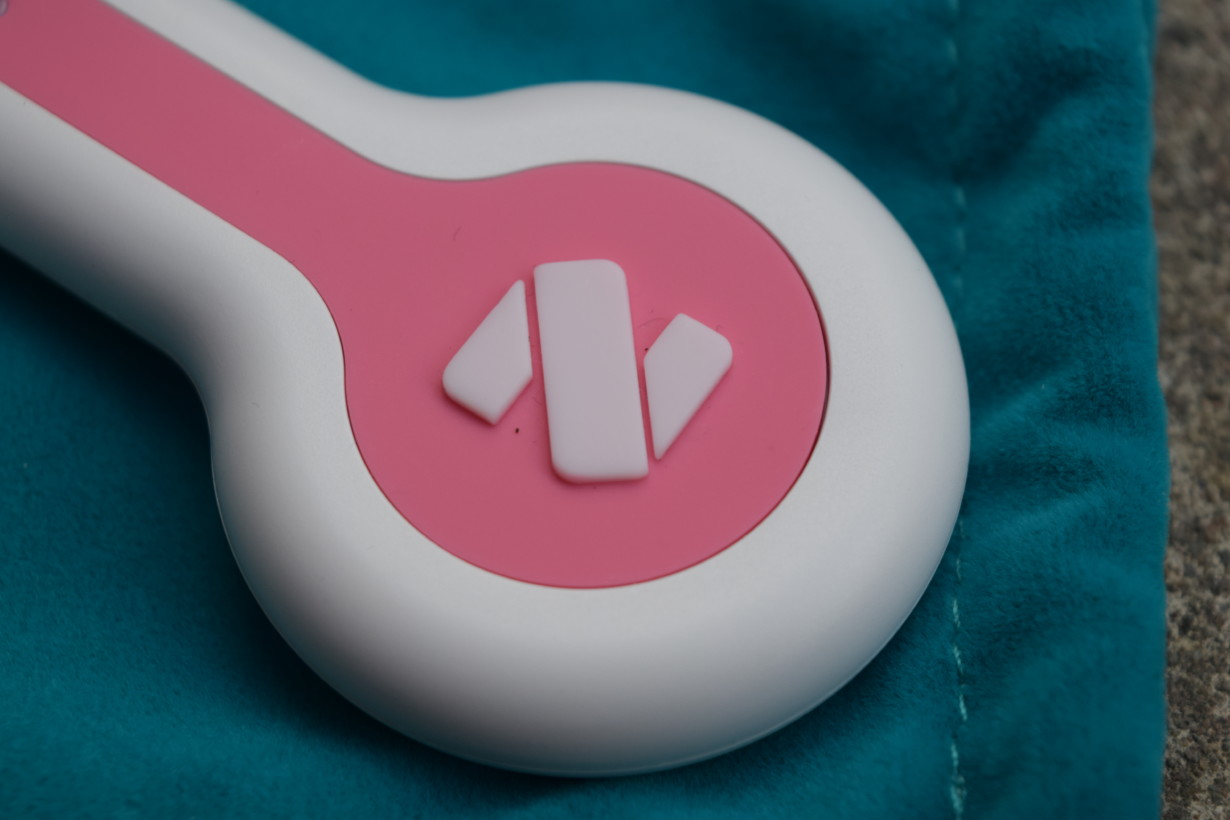 It arrived on my doorstep in a box no larger than a cigarette packet. This contained the Flo thermometer, a small watch battery to power it, and a felt carry case. Then, it was just a matter of shoving the battery into the device, downloading the companion app, and switching on bluetooth on my phone.

I tested Flo on Android, although I imagine the iOS experience is much the same. Unsurprisingly, the app defaults to fahrenheit. If you live outside of the US, you’ll want to switch it to celsius.

To take a measurement, first tap “Single measurement” on the app. Then place Flo within one centimeter of the person’s forehead, and click the button on the device. Almost immediately, a reading will pop up on your smartphone.

What the Flo app does really well is allow you to tell stories about the data you gather. You can create a personal profile, and gather results. This allows you to track your temperature over an extended timeframe. You can also contextualize your results like additional information, like pictures and notes. 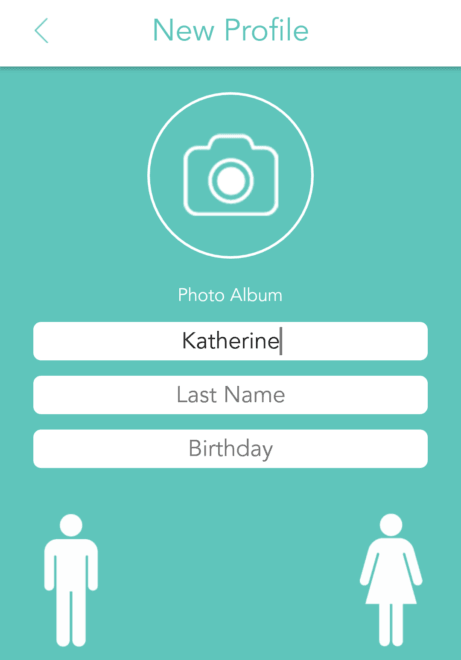 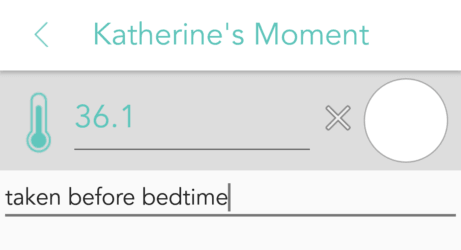 I imagine the profile feature would be helpful for parents with large families, as you can create a profile for each child. Moreover, since the Flo works without any direct contact with the skin, you don’t have to worry as much about spreading germs.

It’s a really nifty piece of kit. But at $50, it’s a little steep for what amounts to an infrared thermometer. You can grab one of these on Amazon for anywhere between $10 and $20. I’m also not too keen on the build quality. The plastic chassis doesn’t feel particularly strong.

But you’re not really buying the hardware, in my opinion. You’re buying the ability to gather and collate information, and view it in a way that makes it easier to make healthcare decisions about your loved ones. There’s value in that.

Flo by Zeraph on Zerpah

Read next: This oddly captivating Twitter account is bringing back the ancient Japanese art of wood joinery