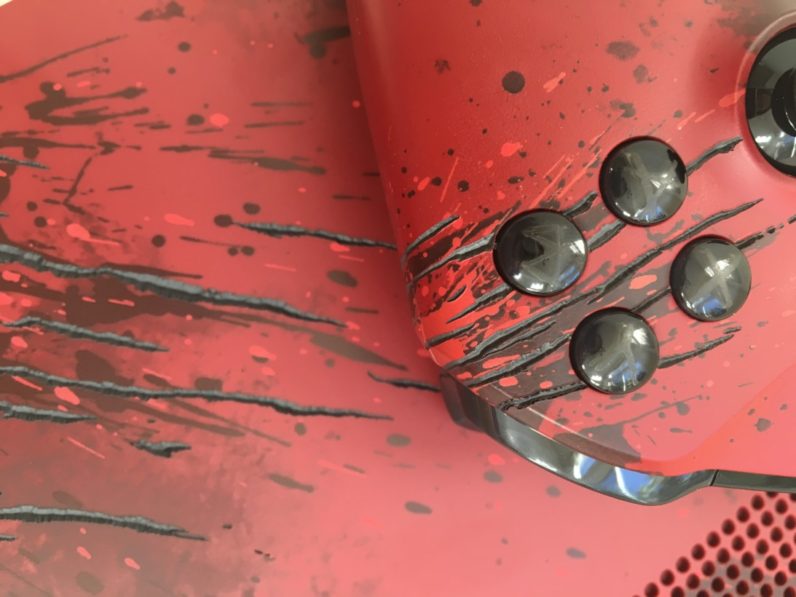 You’ll have to wait until October 11 to get your grubby little paws on Gears of War 4. Today though, you can take in the blood red beauty that is the Gears of War 4 Xbox One S. Or, you can just buy one yourself on Thursday.

Inside the box you’ll find the console (a lighter and more powerful upgrade to the vanilla Xbone), a special edition controller with the same claw markings and blood red finish, and a stand — should you choose to display your console vertically. You’ll also get a download code for the game, Gears of War 4.

The console itself is lighter, but size-wise, it’s the same as the original Xbox One. 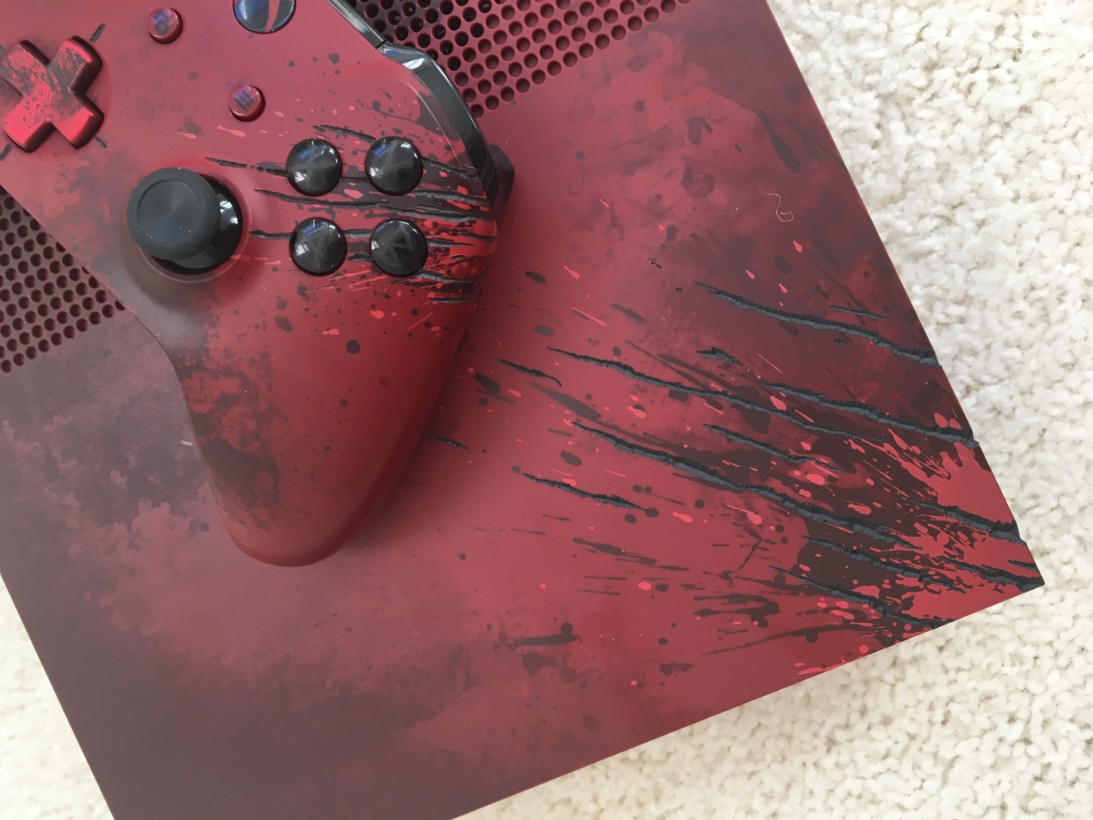 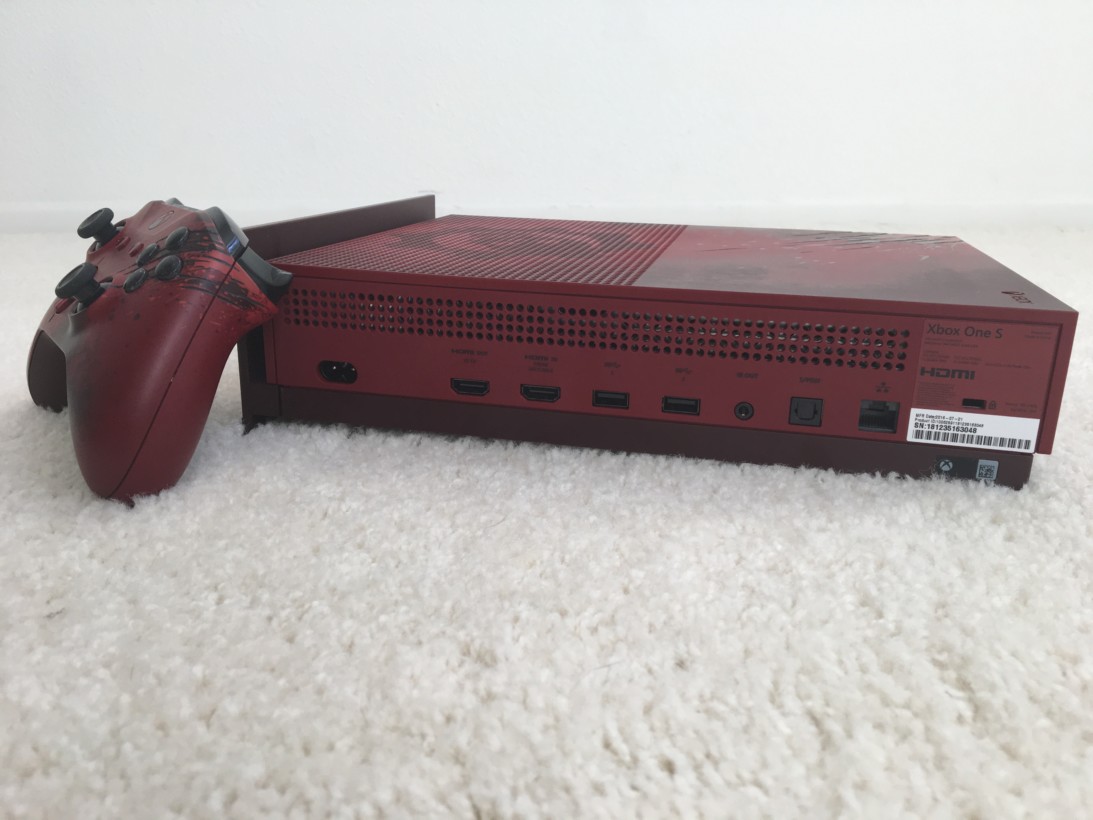 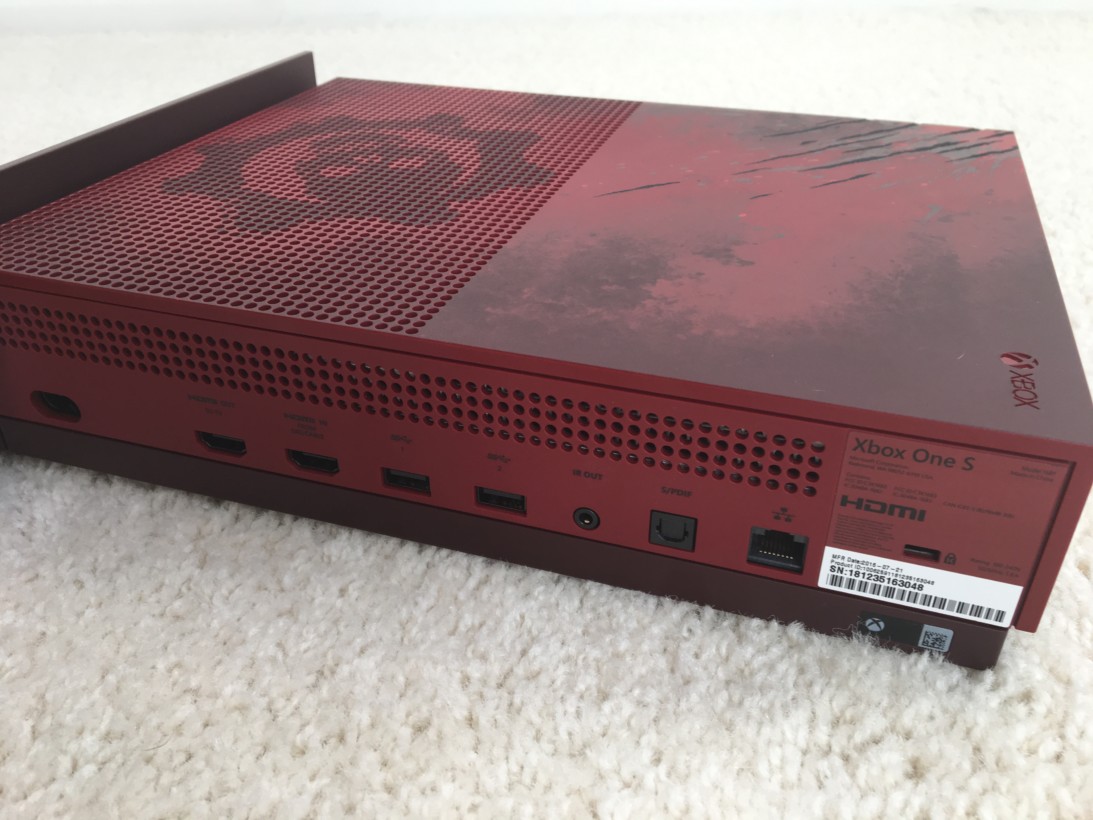 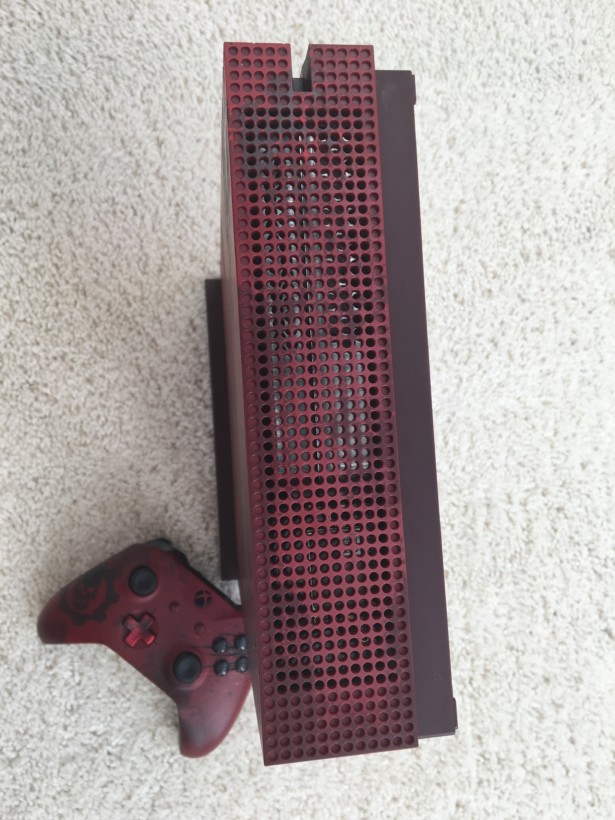 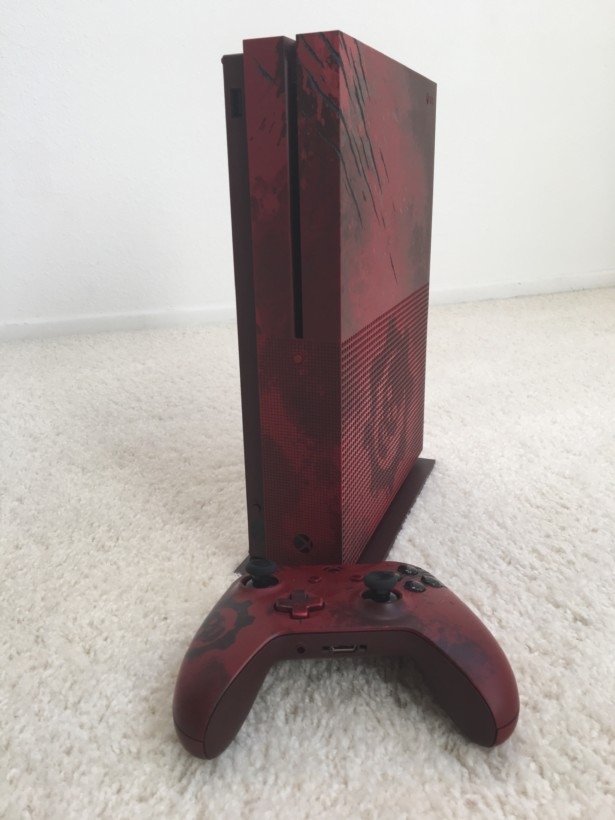 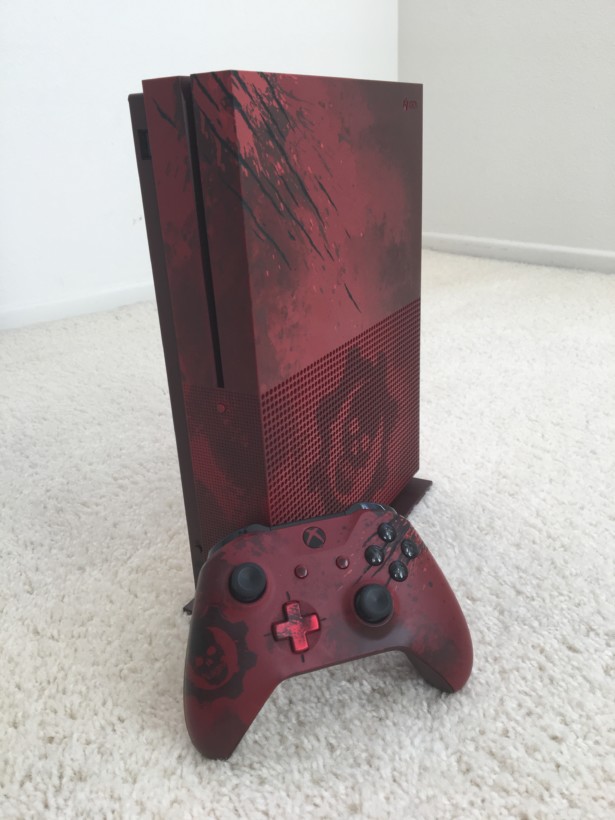 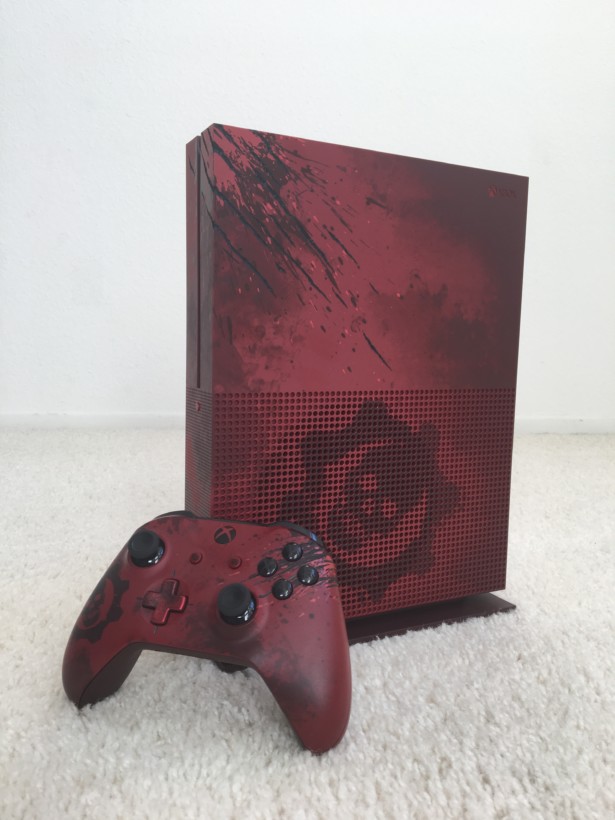 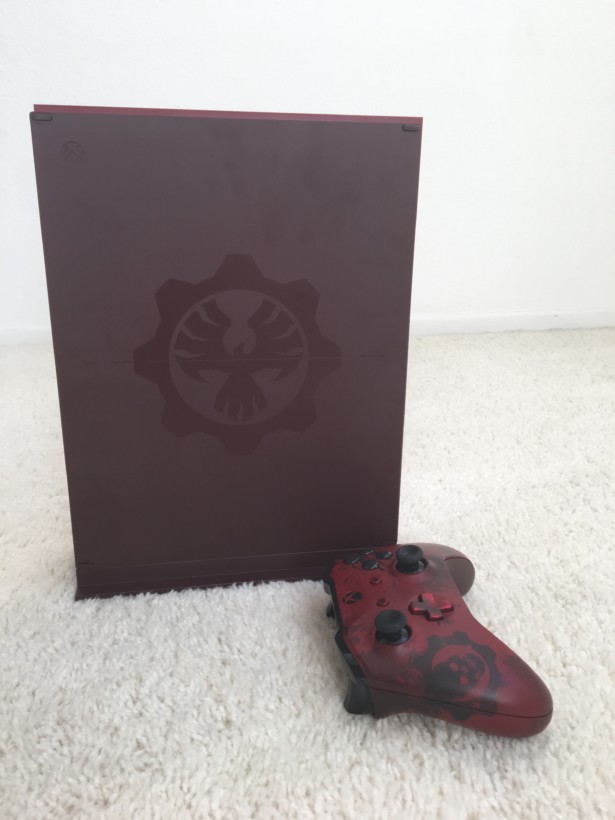 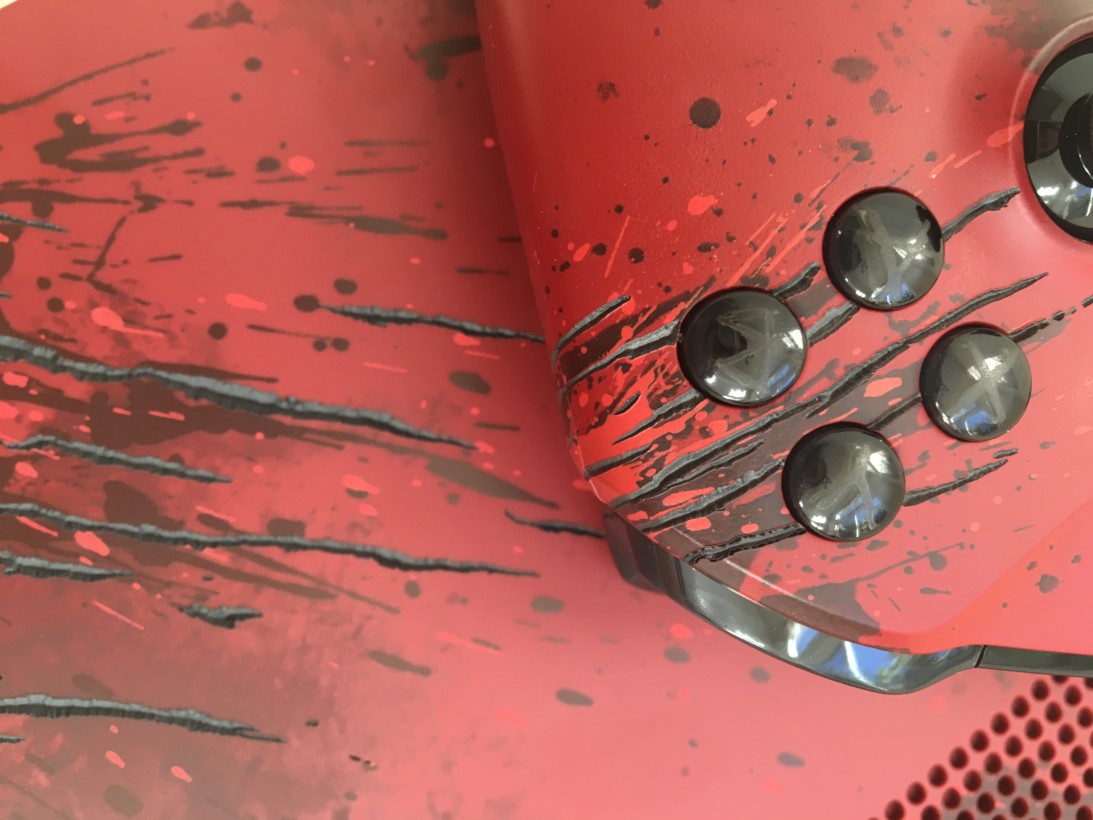 Limited edition consoles are often a mixed bag. There are clear-cut winners, and some that probably would have been best left as scraps on the cutting room floor. Unlike the travesty that was the Gears of War 3 Limited Edition console on the Xbox 360 — which mostly looked as if it were wrapped in an Ed Hardy tee and painted red — the new version takes on a new attempt at subtlety. It works.

The battle-weathered look has been done before, but the red console with claw marks meant to signify the game’s new enemies — The Swarm — are a nice touch. The Phoenix Omen located underneath the console is as well. It’s not just a fancy paint job, either; the stylistic flair comes from laser-engraving that gives depth and dimension to the otherworldly artwork.

It’s not just paint, or a vinyl sticker, the Gears of War 4 edition seems to come to life with its subtle and nuanced textures and variations.

The special edition console will set you back $450, and it’s available Thursday. You’ll have to wait until October 11 for the game though.

Read next: Yahoo has been secretly scanning your email and handing it over to US intelligence [Updated]