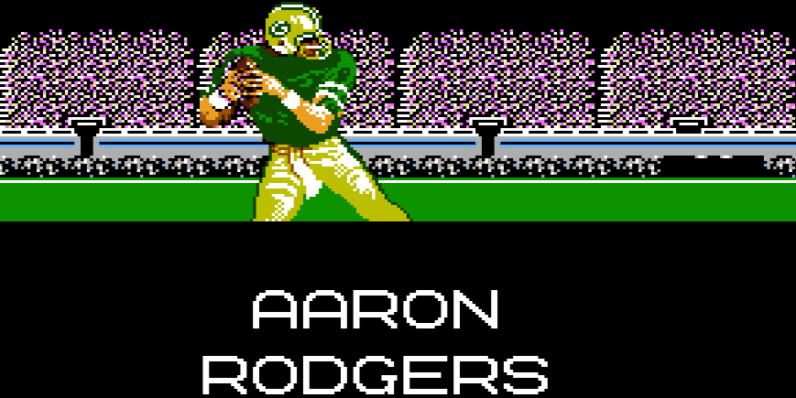 Remember Tecmo Super Bowl? The classic Nintendo Entertainment System (NES) game is up there with RBI Baseball and Blades Of Steel for sheer nostalgia value, but its 1991 rosters aren’t exactly current. Happily, modders are on it.

The good folks at TechmoBowl.org released an updated version of the game last week, distributed as a ROM for the NES. It’s called Tecmo Super Bowl 2017, and according to the announcement post this mod gets all kinds of new features.

This site’s 10th yearly iteration updates Tecmo’s NES classic with up-to-date rosters, graphics, schedules and play books for all 32 NFL squads. Additionally, you can now check the defensive conditions of your players.

Super Tecmo Bowl came late in the life of the NES, but was the first American football game officially licensed by both the NFL and the NFL Players Association, meaning it was the first to have both real team names and real players.

This new version isn’t official in any way, but fans of the original Tecmo Bowl game and the NFL are sure to get a huge kick out of it

The team at TecmoBowl.org have modded Super Tecmo Bowl every year for a decade now, updating the rosters and adding new features as they go. It’s the sort of fan community that makes the internet wonderful, obsessively updating a piece of culture that would otherwise go stale and be forgotten.

Nintendo, take note. Lots of people are excited about your tiny NES console packed full of games, but I bet they’d be way more excited if the bundled sports games had modern lineups. Call up your buddies at Tecmo and make this happen. They could even hire the TecmoBowl.org team to get it done.

You won’t do that, you’re too busy sending out takedown requests to fans. But we can dream.

'Tecmo Super Bowl 2017' returns with this year's rosters, and Tecmo Madison is back, too on Polygon