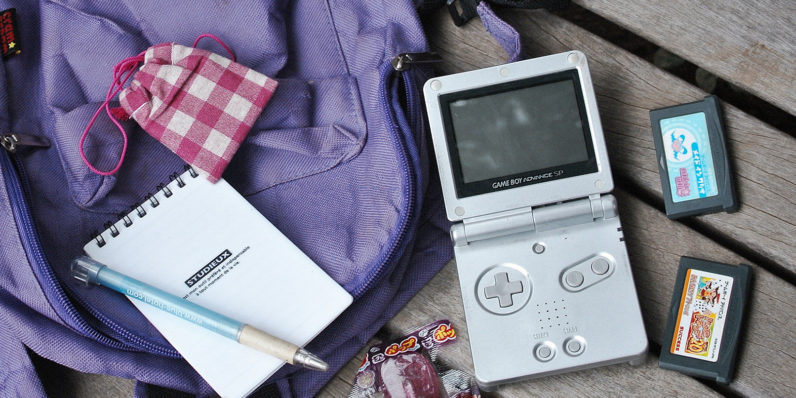 Apple is pretty freaking proud of their decision to remove the headphone jack on the iPhone 7, saying that doing so took “courage.” Turns out they were just following Nintendo’s lead.

Twitter user Balrog posted two images on Twitter today: one of the iPhone 7’s bundled headphone adapter, and another of a similar adapter used by Game Boy Advanced SP users way back in 2003. Turns out the iPhone 7 isn’t the first widely used consumer device to not natively support analogue headphones.

It’s pretty obvious Nintendo and Apple have been in touch lately, what with a Mario iPhone game coming out soon. Maybe that’s where Apple got the idea?

history repeats itself on @BalrogGameRoom

Read next: Truecaller will finally become useful for avoiding spam calls on your iPhone