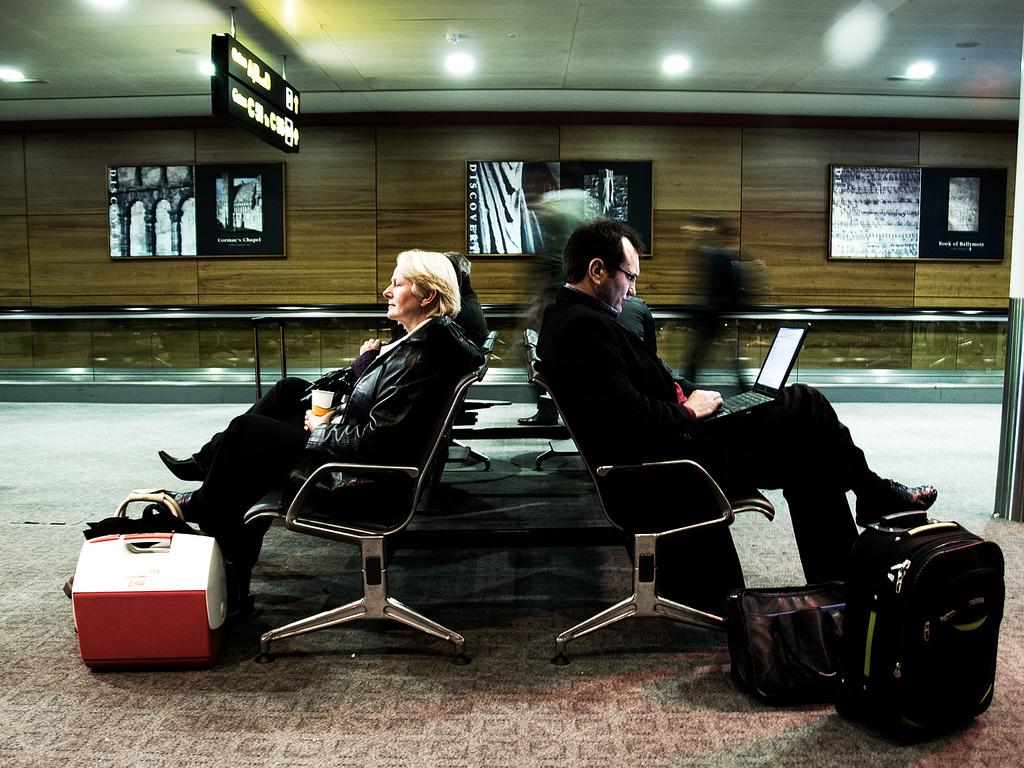 Over the past few years, the future of work has become a concept that everyone defines slightly differently, depending on their own experience and occupation. A commonplace here, however, is that the idea of working 9-to-5 in one place for decades isn’t something the millennials are after.

Supposedly, the new way of work is the “gig economy,” where the workers juggle several flexible jobs they find either on freelance marketplaces like Upwork and Fiverr, or with sharing economy service providers like Uber.

A recent report, however, showed that many workers employed in the gig economy fear its unpredictability, which could lead their income to dry up unexpectedly.

One of the alternatives to both gig economy and conventional jobs, or rather something in between, is Jobbatical, an Estonian startup launched more than a year ago, which seems to be gaining traction these days. The main idea behind the project is to offer 12-month “jobbaticals” for those who’d like to have a prolonged time off their main jobs.

The data that startup has gathered so far shows that the concept is well liked by both workers and employers, but also reveals how new innovation hubs can appear in the most unexpected places where tech talent is traditionally scarce.

As of January 2016, there were about 30,000 people registered on Jobbatical, a sizeable army of talent looking to relocate to another country for a year but keep working instead of being normal tourists.

“The millennial generation is very mobile, more open to relocation than ever,” Jobbatical founder and CEO Karoli Hindriks told TNW.

Most of the company’s growth has happened since April 2015, when the company realized it made a wrong decision by focusing on the US employers initially. Apparently the United States is one of the worst countries in the world to bring talent from abroad to. However, it turned out to be the main source of professionals looking for a jobbatical.

Here’s where most of them are coming from:

Among the popular jobbatical destinations are a few countries in Southeast Asia, the same ones that are normally seen as places to go for tourism purposes.

As of the end of January, the list of countries with most listings on Jobbatical looked like this:

It’s easy to see that some of the countries in the list are way smaller than the rest, and yet compete with them in terms of the number of attracted professionals.

“When I graduated from my high school 10 years ago, everybody who wanted to build a career moved to London, or NYC, or another ‘nerve centre’ of the world,” said Hindriks. “But people today want to live interesting lives, have interesting journeys, instead of working on Wall Street in a cubicle just because that’s supposed to be the way you build a successful career.

“There’s a long tail of growing countries and emerging cities, and the differene between them and the financial hubs is decreasing. That’s something that up-and-coming countries will benefit from if they are smart enough to use this trend.”

Showing an example, Hindriks’ home country, Estonia, is definitely doing its best to make it easier for employers to bring talent from elsewhere.

“It takes 25 minutes and €48 ($52) in Estonia to obtain a short-term work permit from someone from abroad,” she said.

The effort seems to be paying off, as Estonia-based companies are among those that receive most applications on Jobbatical (mind the logarithmic scale).

It’s worth noticing that Italy, UK and Indonesia are not among the countries with the highest number of listings, however they are still quite popular among candidates.

Most companies looking for on-site foreign employees for a year or more are small and medium ones, Hindriks said. Those include Estonian R&D centre of Transferwise and Malaysian Pictochart, but also a number of smaller startups.

As for the salaries, it seems like normally the person on a jobbatical will net an amount similar to what their peers get in the hosting country.

“If a developer moves from Silicon Valley to Malaysia, of course they won’t be offered a salary comparable to that in the US,” Hindriks said. “However, many companies are ready to pay more than the market average, because there’s simply not enough talent to hire locally.”

“In Italy, many people complain there are no jobs, but when a company tries to hire, it’s really hard to find the right talent,” said Giacomo Putignano, founder of Milan-based Walletsaver, who hired two developers from Brazil and Ukraine through Jobbatical.

“On LinkedIn, I saw a number of people with good technical knowledge, but most of them were corporate-minded, and didn’t really want to work in a startup,” Putignano added. “On Jobbatical, people are mostly okay with that, and they’re also willing to travel. We have offices in Milan and Munich, and travel between them a lot.”

Currently Jobbatical focuses on the tech industry, however it doesn’t mean that only tech people can find a place to work there. To give an impression of what kind of jobbaticals are the most sought after, here’s another list—this time of the listings sorted by most applications submitted:

The list somewhat explains why the US has become the main source of workers: most of the non-tech jobbaticals are offered for native English speakers or require strong command of the language.

Although Jobbatical is more than a year old and has attracted some $900,000 in funding, the startup is still experimenting with its business model. Currently, it works similarly to a recruitment agency, taking money from employers for providing them a list of pre-screened candidates interested in their offering.

In the future, the startup might also start helping the employers with hiring-related paperwork, streamlining the process and making it less of a hassle. This would also mean expanding the team, which currently consists of 13 people, three of whom were hired through the service itself.

“Nobody’s doing exacly what we’re going, but the recruiting industry itself is hot, and it’s growing,” said Hindriks. “For example, Upwork has created a new way of working – that’s also an industry that didn’t exist 20 years ago. We’re going the same, we want to be part of it.

“Our small marketing goal now is to put the word ‘jobbatical’ into the dictionaries.”

Read next: Get every great Windows 3.1 game right in your browser