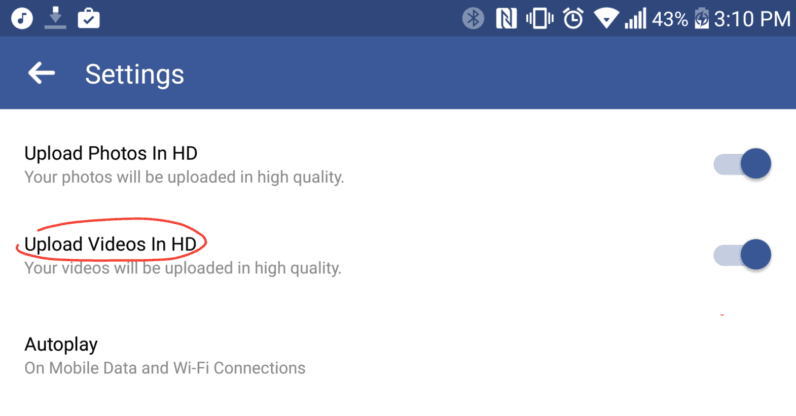 Android Police spotted the change, which is available in the app’s settings menu, next to the option to upload photos in HD as well. The change seems to have rolled out over the past few weeks, but now appears to be available to everyone.

It’s kind of crazy that it’s taken this long; Android phones have been shooting HD and even 4K video for ages now. But hey, better late than never.

Perhaps more interesting, however, are other updates that Facebook is apparently testing with a small batch of users, including floating video windows that you can watch while using other apps, downloading videos for offline video, and selecting specific video quality.

We’ve contacted Facebook for more information and will update if we hear back. In the meantime, head on over to Android Police for more details on some of the test features.

Read next: 4 must-have offers from TNW Deals this week