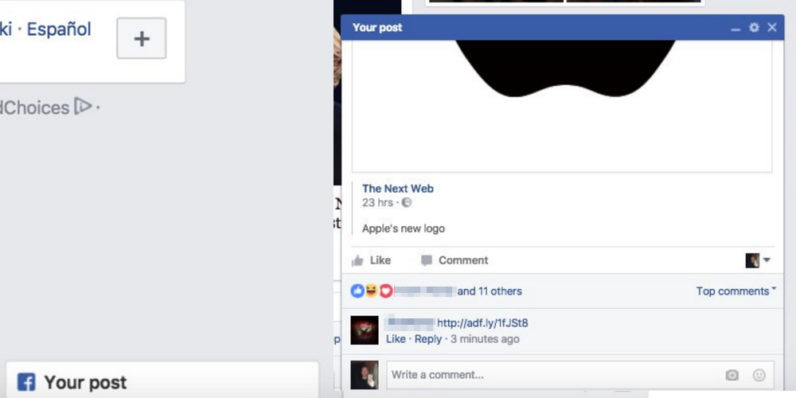 Sometimes Facebook comment threads can grow to be so long, they’re basically their own chat rooms. It turns out Facebook is testing a change to basically turn them into exactly that.

Back in November, our Content Director, Matt Navarra noticed an odd change. Facebook had begun to notify him of comments on his posts in a chat-like window dubbed ‘Your post’ instead of the usual comments page.

TechCrunch recently spotted the change too, to which a Facebook spokesperson responded:

We’ve heard from people that they would like an easier way to participate in conversations on a post while they are still in News Feed so we are testing a new option that opens up a window when someone comments on your post, replies to your comment or tags you in a comment. You can always hide the conversation or turn off notifications from within the dropdown menu of the post.

The point appears to be allowing you to respond to ongoing comment threads without having to flip back and forth between your News Feed and posts, or switch between tabs. That adds a layer of convenience if you’re an active commenter, but on the other hand it’s not hard to see it getting annoying real fast. If you post often to the network and have many followers  you could theoretically have a myriad of ongoing chat notifications on the bottom of your News Feed.

It’s also not clear whether this only affects posts you’ve made or includes those you’ve commented on. At least the chat windows don’t pop-up automatically with new comments, but I can’t help but feel the additional notification badges would be kind of distracting.

Still, it’s only a test for now. It’ll likely need some more refinement before it hits the public – if it ever does.