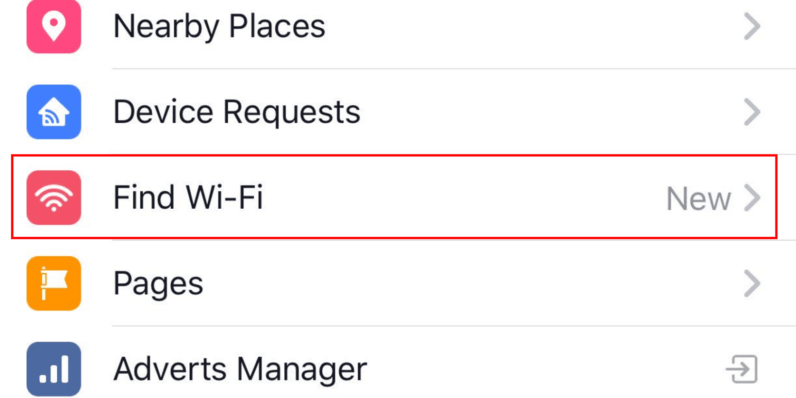 Facebook appears to be testing a new feature that lets you find nearby wireless hotspots.

Not long ago, Facebook started asking Pages to list Wi-Fi locations at their physical addresses. It seems this is the backbone that the information is built on, but it might also lend itself to some inaccurate results.

The inclusion seems an obvious fit for a network that’s pushing Facebook live harder than ever. Without a strong internet connection, people have pretty shoddy results when trying to film live video. The more nearby locations Facebook can point you to, the better the quality of real-time information sharing, news, and viral-esque video content becomes. It’s everything Facebook wants from its Live feature.

What’s not clear is if Android users have the feature. Those we polled didn’t, but that’s not to say there aren’t some lucky Facebook users that have it. As for iOS, it hasn’t rolled out to everyone just yet. I don’t have it, but some of our team does. It’s really a mixed bag.

If you’re one of the lucky ones, you can spot the feature in the hamburger menu in the mobile app.

Now, if we could just get Facebook and Google to team up we’d be able to not only find Wi-Fi, but a toilet to use it on.

Read next: Microsoft Windows 10 VR headsets will run even on modest PCs