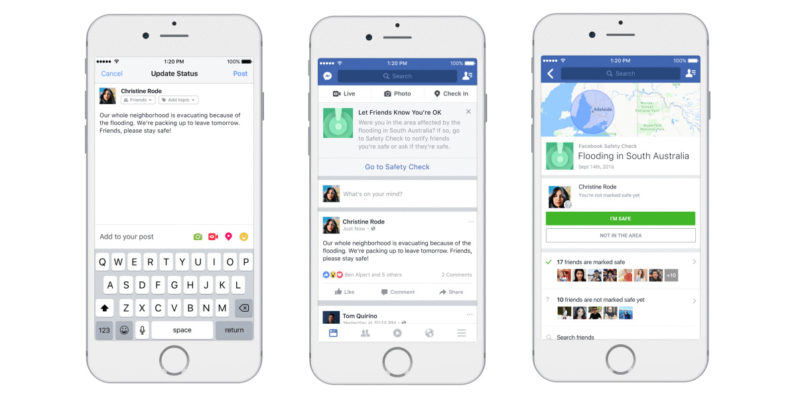 Facebook’s Safety Check is a powerful tool to help users find out if their loved ones are okay in case they’re in an area struck by a natural disaster or crisis. It’s great, except for the fact that people have to wait for Facebook to manually turn it on.

That’s about to change: The social network will now allow its community to trigger the feature. The company explained:

When a lot of people post about an incident from the affected area, they may be asked if they’re safe. Once marked safe, a person can then invite friends to do the same.

The change comes more than two years after Facebook first launched Safety Check in 2014. It’s been triggered in the aftermath of events like the Philippines’ Typhoon Ruby in December 2014. The company began testing community-triggered checks in June.

Facebook is also introducing a complementary new feature called Community Help, which its describes as “a place where people can give and get help for things like shelter, food and supplies.”

The company has previously been criticized for its selective response when it came to activating Safety Checks: In March, it failed to turn on the feature after an attack in Cote d’Ivoire after gunmen killed 16 people in a resort town near the capital of Abidjan. Today’s announcements point to a step in the right direction.