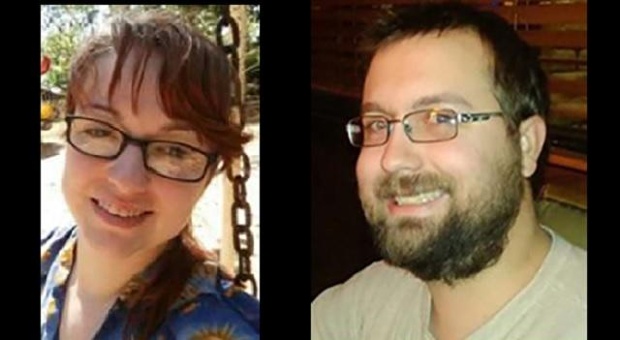 Mystery ensued on August 31 when a man by the name of Charlie Carver went missing along with his longtime partner Kala Brown. While their disappearance was suspicious, things got a lot thicker when Carver began periodically posting bizarre updates on his Facebook page – while still missing.

Last week, the mystery took a turn for the worst when CNN reported that Spartanburg County police department found Brown chained in a metal container on a farm near Woodruff and later on discovered the cadaver of her missing boyfriend in the vicinity.

The absent couple was located on a 100-acre property owned by 45-year-old registered sex offender Todd Kohlhepp, who Brown declares kept her captive there for nearly two months. She also claims Kohlhepp shot her partner dead right in front of her eyes.

As of now, police is investigating Kohlhepp on allegations of kidnapping and murder.

But this isn’t all. The investigation has since expanded to include a series of murders that took place 13 years ago, after Kohlhepp allegedly confessed to the killings. According to the detectives in charge, the suspect told police details that only the perpetrator would have known about the homicides in question.

As with the victims of the murders from 13 years ago, the coroner said he found multiple gunshots to the upper part of Carver’s body.

What’s more troubling is that, in addition to Carver’s body, police have come across two more unidentified cadavers. At present, there’s no information whether the bodies belong to a man or a woman.

In total, the authorities are currently investigating seven other homicides that could be connected to Kohlhepp. Police are also checking other properties owned by Kohlhepp for further incriminating evidence.

Over the weekend, the suspect was charged with four counts of murder in connection with the 2003 killings. There’s no mention whether the 45-year-old man will be indicted on additional charges.

It remains unclear how Carver and Brown came in contact with Kohlhepp, but Spartanburg County Sheriff Chuck Wright suspects this “was [not] a random act.”

When the couple was initially reported missing, police found no evidence suggesting Carver and Brown left under duress.

As far as Carver’s unaccounted Facebook activity goes: All signs point to Kohlhepp…