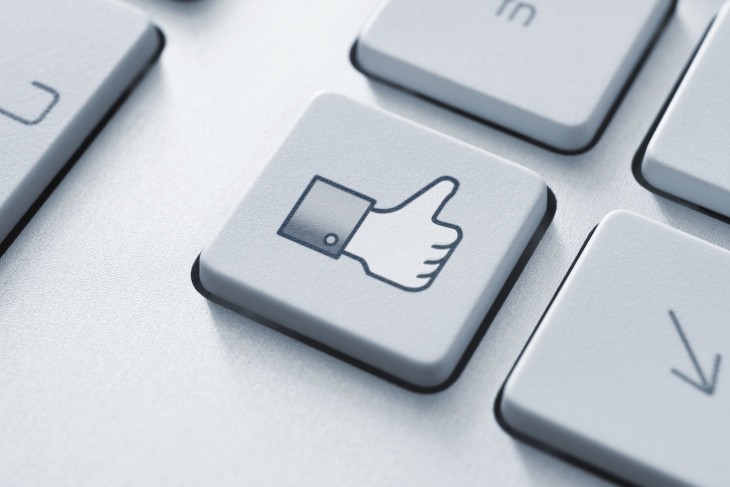 We’ve known for decades that people with strong social networks tend to live longer, but does that include online friends? A University of California San Diego study of 12 million Facebook users says yes.

“We find that people with more friends online are less likely to die than their disconnected counterparts,” the paper states. “This evidence contradicts assertions that social media have had a net-negative impact on health.”

Well, mostly anyway. Before you get too excited, there are a couple of caveats.

First, the study suggests that ‘likes’ from strangers really don’t do anything to improve your happiness or lifespan. Beneficial relationships on Facebook are those that serve to strengthen your existing bonds. So, a huge follower count or tons of shares on a post might increase happiness temporarily, but they serve no long term benefit to the user.

Next, the study has a few ties to Facebook itself. William Hobbs, a postdoctorate fellow at Northeastern University, and co-author of the study worked at Facebook as a research intern in 2013. Another of its authors, Moira Burke, is currently a research assistant at Facebook. For what it’s worth, Hobbs notes that Facebook had not interfered with the study, or its results:

We had some things in writing that they couldn’t interfere with the publication of the research no matter what the result was. [We were] pretty confident that we were going to find this result.

Overall, the researchers found the average Facebook user about 12 percent less likely to die than someone who doesn’t use the site. Those that used the platform ‘moderately’ and had average (or larger) social networks received the most benefit.

The researchers pointed out that the paper is not without limitation, such as underlying factors at play that weren’t included in the study. The crude figures, for example, may undermine the social or economic differences between user groups. That is to say, it’s not a certainty that the 12 percent of people who live longer are doing so because they have internet access, as opposed to those who may not — a sign that could point to poverty, and diminished healthcare availability.

Perhaps the most interesting point from the study is that we’re starting to erase the line that formerly separated online and real-world interaction. It seems both are beneficial to the human psyche, as well as our overall well-being.

Read next: 3 simple reasons why this year's US election is unprecedented