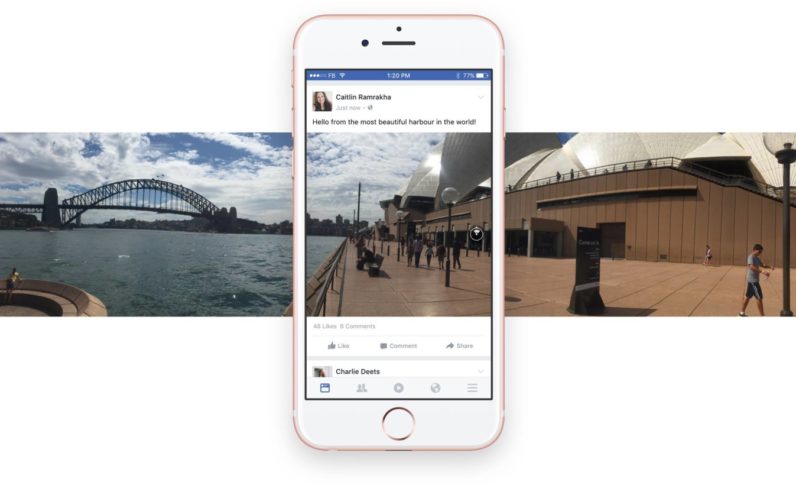 Sharing 360 photos on Facebook is a nifty way to make your friends feel jealous of all your cool vacations, but taking and posting them can be a bit of a pain. But at least a couple of pain points are being addressed today.

You can now select the ‘intiial’ view for your photo. It’s a small but very welcome change; it’s pretty annoying taking a 360 photos of a cool scene and then having Facebook default to a boring angle on the other side instead. It’s the difference between making someone want to open an image and explore more and scrolling right past it in their feed.

Now you can select an initial angle two ways. First, you can simply drag your photo around to the proper view before posting an image on iOS, Android or the Web. The second option is to click on ‘edit’ from a desktop, and to move the mouse around until reaching the desired view.

Facebook will also let you add 360 photos to standard photo albums as well as post 360 media along with regular photos and videos all at once.

That will help make 360 photos feel less like a gimmick and more like an everyday setting anyone can use, which is essential if Facebook wants the feature to actually catch on.

Intial view selection begins rolling out today, while 360 photos in albums will arrive “in the coming weeks.”