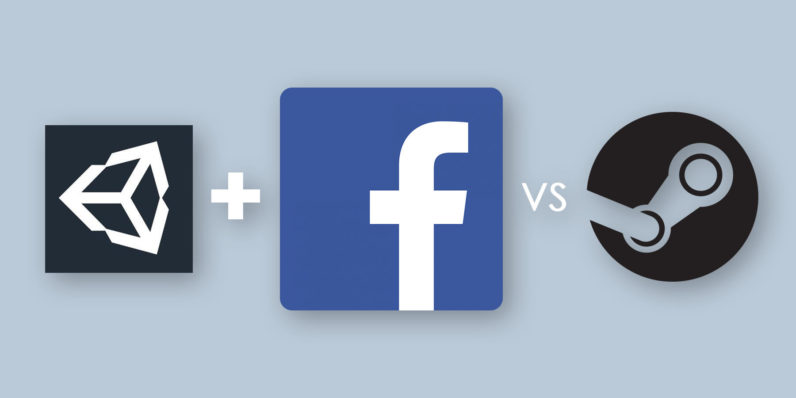 Facebook is preparing to take on Steam for casual gaming. The company today announced the Facebook PC Gaming Platform, a downloadable desktop hub for games made in partnership with Unity.

The platform is actually an update to the Facebook Games Arcade beta from earlier in May. And while the company is remaining fairly tight-lipped, TechCrunch provides some details on what to expect.

The platform is meant to provide a focused place for browsing your games, without being distracted by the News Feed and custom notifications. And while the first batch of games will likely be of the casual variety as developers move their existing mobile and browser games to the platform, there are no hardware limits currently in place.

In theory, this could power the same types of games as those on Steam or GOG, which require much more powerful PC’s than something like Candy Crush. The company has been taking gaming more seriously ever since it bought Oculus, and while it’s not saying anything about integrating Oculus titles right now, we wouldn’t be surprised to see things move in that direction in due time.

Meanwhile, Unity provides arguably the most popular gaming development tools out there, already used for titles like Monument Valley and Ori and the Blind Forest. This partnership means that porting these titles to Facebook’s platform should be a relatively easy task.

Currently, the company is focusing on getting the platform out to developers through an alpha test developers can apply for here.

Time will tell how Facebook’s gaming aspirations turn out, but if there’s one company that has a potential to give Steam a run for its money, it’s the one that a seventh of the world’s population uses on a daily basis.

Read next: iPhone 7 camera may have optical image stabilization, just like the Plus