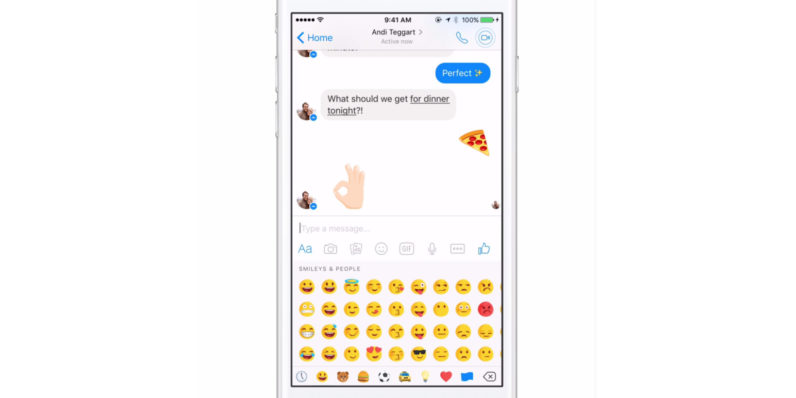 You know how you can send giant thumb-ups on Messenger by holding down the like button?

(If not, you can send a giant thumb-up on Messenger by holding down the like button).

Facebook just announced you can do the same with any other emoji now. Just tap and hold on it and it will enlarge; the longer you hold, the larger it gets. It will be sent to your friend as soon as you let go.

The feature is definitely taking a page out Google’s upcoming Allo chat app, which lets you resize any message(not just emoji), but hey, we’re not complaining. Anything that adds a bit of expressiveness to otherwise static instant messaging is a good thing in our book.

The feature is available on iOS now and will be rolling out to Android and messenger.com soon.

Update (August 26): You can now resize emoji on Android too.