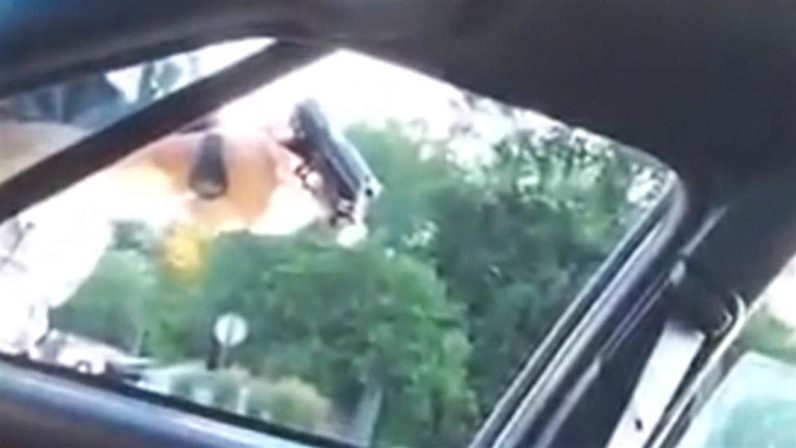 Roughly one hour after the video went live, the content mysteriously disappeared from the social network. Reynolds’ Facebook profile was also temporarily removed, prompting viewers to question whether Facebook was censoring content that could be used as evidence.

Just over an hour after the video was widely shared, it's gone from facebook pic.twitter.com/f8G8zQFigZ

Of course, it didn’t take long for the video to be reuploaded to Twitter, YouTube, and the likes.

The graphic video showed Reynolds sitting in the car with her boyfriend, Philando Castile, after he’d just been shot by an unidentified police officer. Reynolds was explaining on Facebook Live what had happened as Castile slowly slumped over and died from his gunshot wounds.

She was then asked to exit the vehicle, handcuffed, and put in the back of a police car with her four-year-old daughter. A police officer, presumably the one who shot Castile, can be heard shouting profanity in the background.

In a statement to TechCrunch, Facebook said the removal was due to a technical glitch and the video was restored about an hour after it went down, resurfacing with a graphic content warning.

“We’re very sorry that the video was temporarily inaccessible. It was down due to a technical glitch and restored as soon as we were able to investigate,” a Facebook spokesperson said.

Facebook recently came under fire for biased trending topic selections, and this recent “glitch” certainly doesn’t help the situation. Whatever the reason, the video is now back online and should be watched at your own discretion.

The Register reports that multiple sources say the video was removed by police order, not due to a technical Facebook glitch. After the shooting, Reynolds claim police took the phone from her as she was being detained to delete the video.

If true, the Falcon Heights police department’s actions could be considered as tampering with evidence. Facebook has not responded to these new allegations.

Facebook CEO Mark Zuckerburg released a statement last night calling the video of the incident “graphic and heartbreaking,” but did not address its temporary removal.

In a comment to the Huffington Post, Facebook denied that police had any involvement with the video’s removal. A spokeswoman maintained that a technical glitch was the cause, though Facebook has yet to provide specifics on what this glitch might have been.

Read next: You can download the macOS Sierra Public Beta today (but beware!)