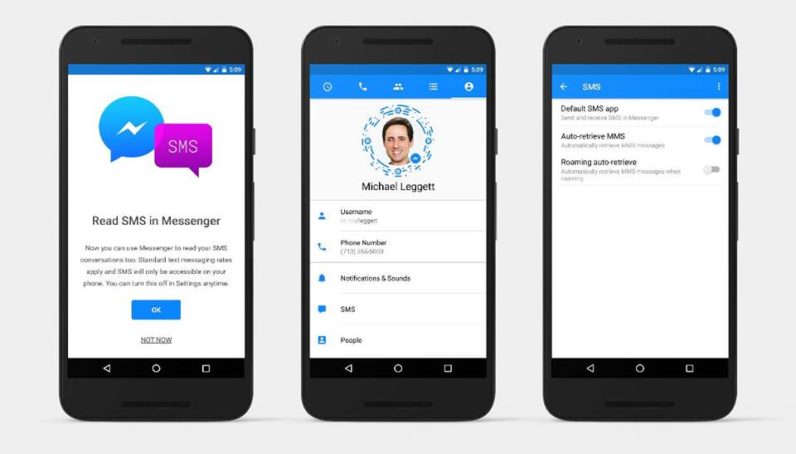 Well, the rumors were true: Facebook Messenger can now send SMS text messages on Android again, just like the good old days. Basically, Messenger wants to be your end-all, be-all app for chatting with your friends.

If you don’t recall, Facebook Messenger used to support SMS messaging, but then dropped it in 2013 after it saw low usage. SMS compatibility then started to show up again earlier this year, but it was just a test with a small batch of users.

According to David Marcus, VP of Messaging Products at Facebook, it’s not just a barebones texting implementation. You can also send voice clips, stickers or share your location in addition to the usual features like photos and videos.

SMS integration copies one of the few advantages Hangouts has over other popular messaging clients on Android – and Messenger was already much more feature-packed than Hangouts anyway, particularly thanks to its strong third-party integrations.

It’s somewhat ironic that Messenger is diminishing one of Hangouts’ best features, given Google already has an SMS app of its own called Messenger. But then, we already knew Hangouts is probably dying anyway. That said, you’ll have to opt into the fe

It’s just another way for Facebook to make sure you never leave its ecosystem. The update is rolling out to “most countries” starting today, but there’s no word on iOS implementation yet.

Post updated for clarity. Facebook Messenger used to support SMS, but it was removed in 2013. It showed up in tests again earlier this year.