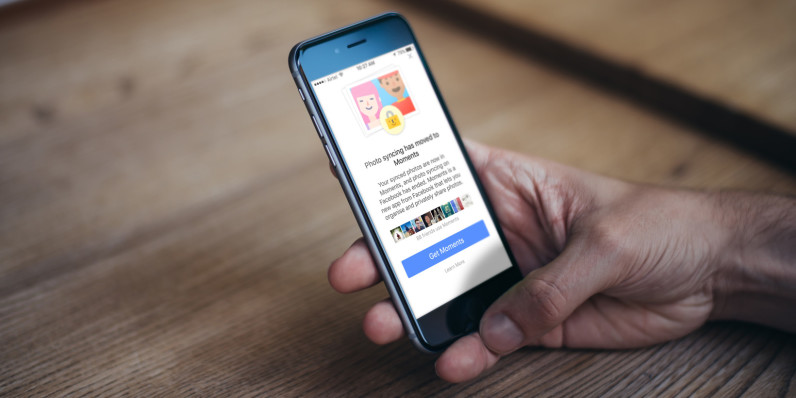 Update (June 27, 2016) : Facebook previously said that it will allow users to retrieve their synced photos until July 7, but today, it’s begun notifying users that has ended its Photo Syncing service. As such, you’ll no longer be able to use Facebook for backing up photos; if you rely on the social network for that, you’ll want to install the Moments app.

We get it, Facebook. You want to us to use your services all the time, for everything from messaging friends to sending them money and hailing an Uber. But can you let us decide whether or not we want to use your photo-sharing app Moments?

TechCrunch reports that the social network is emailing users to urge them to install Moments, which launched last July and lets you privately share photos with friends.

The message explains that some photos from their mobile devices were synced with the cloud and they’ll be deleted unless they install Moments to retrieve them before July 7. The photos in question are stored in an album called Synced.

dang i didnt even know facebook privately synced TWELVE THOUSAND of my photos now they tryna delete them wow pic.twitter.com/Ii1fupbHQ7

Now, it’s obviously up to Facebook to decide how it wants to get people on board its various apps. And as TechCrunch notes, the strategy of forcing people to do so – as it did in the case of Messenger by removing the private chat feature in its main app – works.

But do you really want to be the company that practically threatens users with data loss unless they comply with your requests?

If Moments is as wonderful an app as Facebook thinks it is, surely people will install it. Just let us make that decision for ourselves.

Read next: Auxy for iOS is a dead-simple music-making app for composing on the go