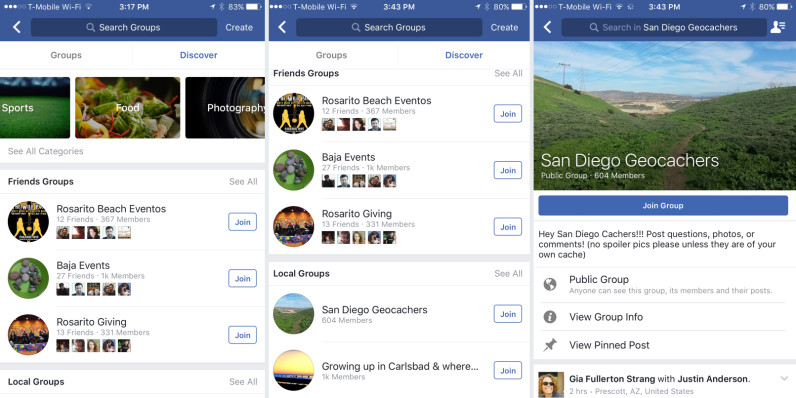 Facebook Groups aren’t often talked about, but they’re a great resource for finding a community around specific topics. Whether it’s parenting, photography, food or sports, there are groups for nearly every topic — even a few that shouldn’t exist at all.

Facebook is now testing a dedicated ‘Discover’ feature to help you find these groups.

The feature pulls from your geographic area, your interest and those of your friends in order to suggest new Groups you may be interested in. The feature isn’t available for everyone, but as one of the lucky few, I can confirm that it’s remarkably intuitive and the suggestions are mostly great.

If Facebook fails at finding groups you’re interested in, you can go the manual approach and find groups using its simple carousel and 25 pre-selected topics, such as networking, sports, food, buy & sell, hobby & leisure, and others.

While it’s only available to select users now, Facebook informs us that the feature will have a broader roll-our in the near future.

Read next: British smartphone app Sweatcoin wants to pay you to get fit