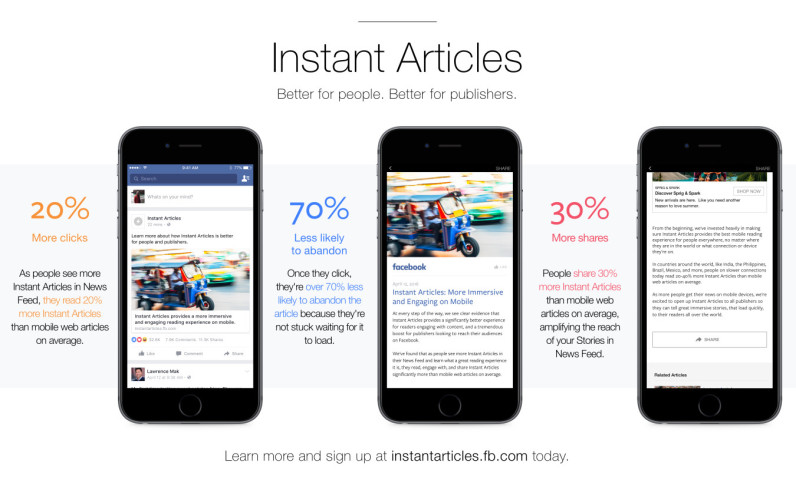 Following up on its promise in February, Facebook has opened up its Instant Articles platform to any publishers looking to take advantage of the format.

Instant Articles were introduced in May 2015 as lighter versions of articles that load almost immediately. As they open right from Facebook’s mobile apps, you aren’t constantly switching between between apps to catch up on current events.

Meanwhile, the company released some stats on the feature, indicating that Instant Articles are read 20 percent more often, have 70 percent better retention, and are shared 30 percent more often than regular pieces. In other words, making the Web faster makes people like the Web more – who’da thunk it?

If you write stuff for a living and are looking to sign up, you can head on over to instantarticles.fb.com, or read more at the source link below. For everyone else, expect reading news on the Facebook app to get a lot more pleasant.

Read next: With all the hype on Messenger, what is Facebook good for anymore?