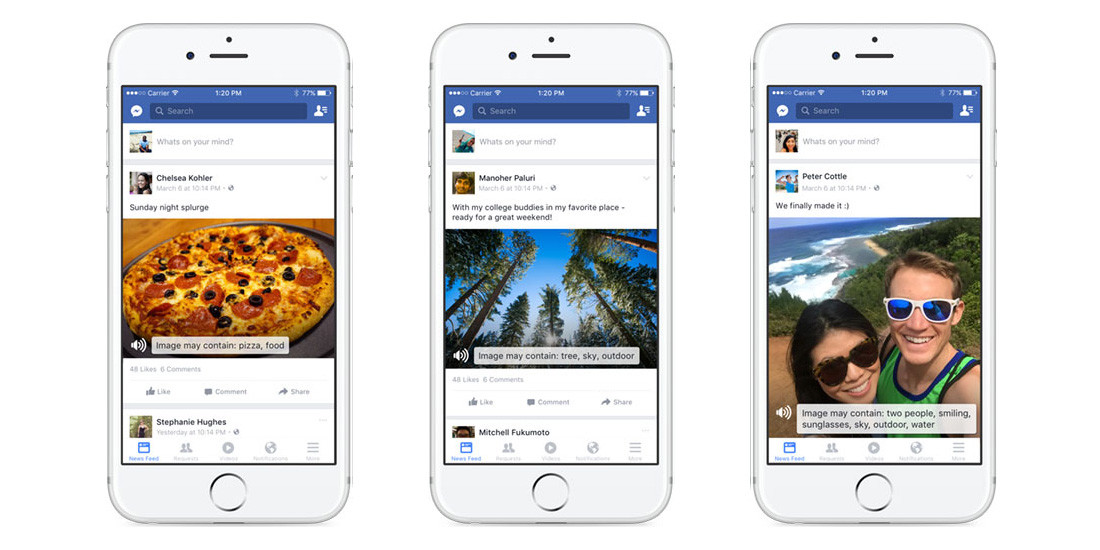 In an effort to improve the social networking experience for users with visual impairments, Facebook has introduced a new feature in its iOS app to help them ‘see’ photos.

With the help of AI, the app automatically generates a description of each photo a user comes across. When they’re using a screen reader on iOS, they’ll be able to hear a list of items in the pictures, such as “Image may contain three people, smiling, outdoors.”

The AI behind this uses Facebook’s object recognition technology to identify what’s in a photo. The company says it took 10 months to develop the feature to its current stage, using neural networks that mimic the brain to learn how to recognize images after being trained with millions of examples.

Automatic alternative text is now available in English for iOS users in the US, UK, Canada, Australia, and New Zealand. Facebook says it will soon roll it out to more platforms, languages, and countries.

Read next: Microsoft is trialing premium Outlook email accounts at $3.99 a month