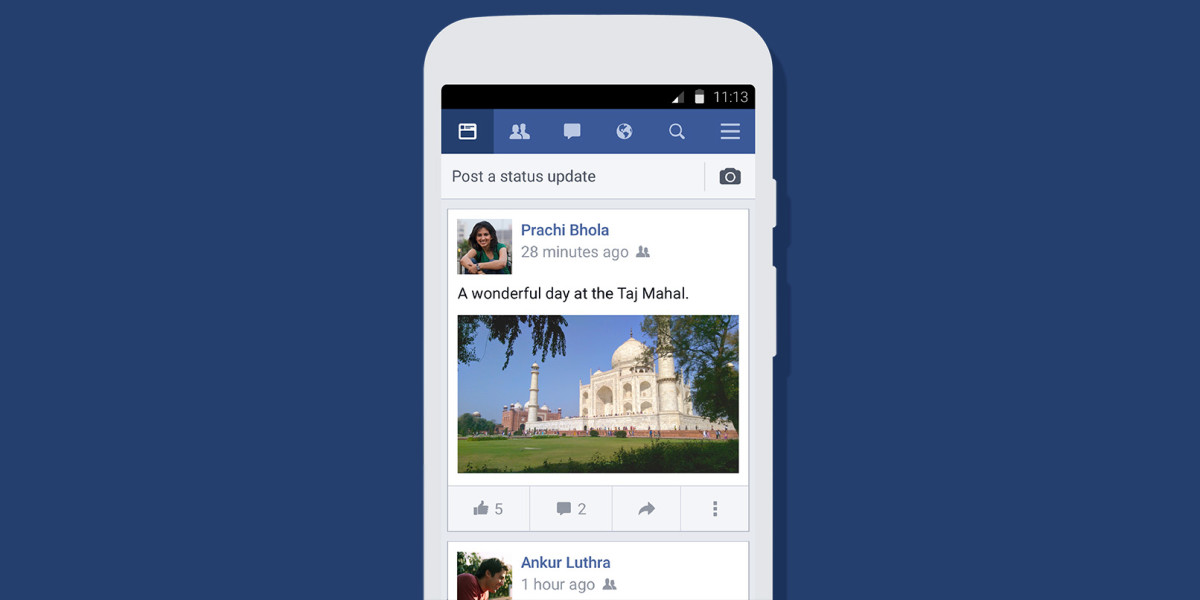 It’s been nine months since Facebook launched its Lite app for Android devices that are working with 2G-like speeds. Since it was first released in India and The Philippines, it’s garnered over 100 million users across 150 countries and supports more than 50 languages.

The lightweight app offers a stripped-down interface that omits certain features, but works well on low-end phones. Today, it’s got an update that includes support for video playback as well as the ability to upload multiple photos at once.

Users can also pinch on pictures to zoom in and out of them and see emojis in posts and messages.

Facebook says it’s also working to improve the experience of watching videos on slow connections in a future release. The idea is that if you tap on a video, Facebook Lite will load it in the background while you scroll through the rest of your feed and display a notification to let you know when the clip is ready to view.

The new features should help make it more fun to use Facebook even at poor speeds. Given that it’s more widely available now than at launch, you might want to give it a try in lieu of the standard app and see if you can eke out more battery life and snappier performance, even if you enjoy 3G or better where you live.

Read next: How the BBC is building the future of TV by blowing it up into little bits