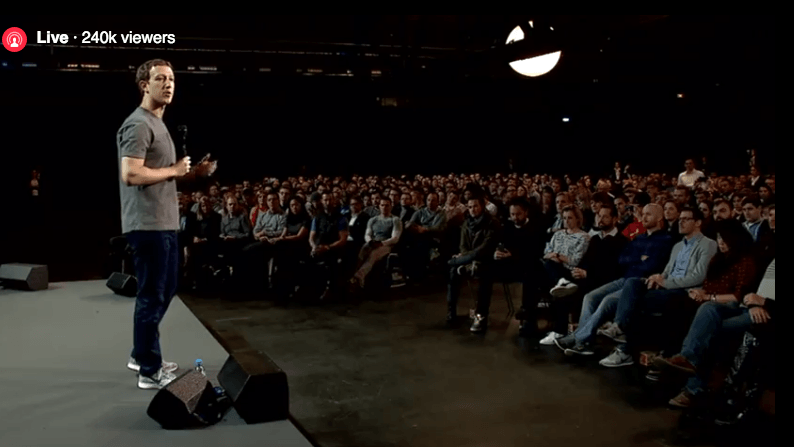 Mark Zuckerberg is appearing in Berlin in what he said is his first Q&A livestreamed on Facebook where he has announced that Live Video is coming to Android starting today.

“You’ll all have the power to brodcast like a TV in all of your pockets hopefully within the next month,” he said.

Live Video is one of the things I’m most excited about because it’s so raw and so visceral… Social media in 2016 sees people think a lot about what we want to share – but what makes social media so special is that you share what’s personal to you. I don’t want people to feel like they have to curate and that’s what’s great about Live Video. I think that’s very powerful.

The Live Video roll out on Android is (of course) starting in the US, the company has confirmed, with the feature already live for iOS users in 30 countries.

On the company’s efforts around hate speech, including the Online Civil Courage Initiative launch in Germany, he said Facebook is now extending its policing efforts to include “hate speech against migrants. That’s something we now have no tolerance for.”

He confirmed that AI would be a key tool to deal with hate speech on its platform.

You can watch live now.

Live from our Townhall Q&A in Berlin. Comment to ask a question!