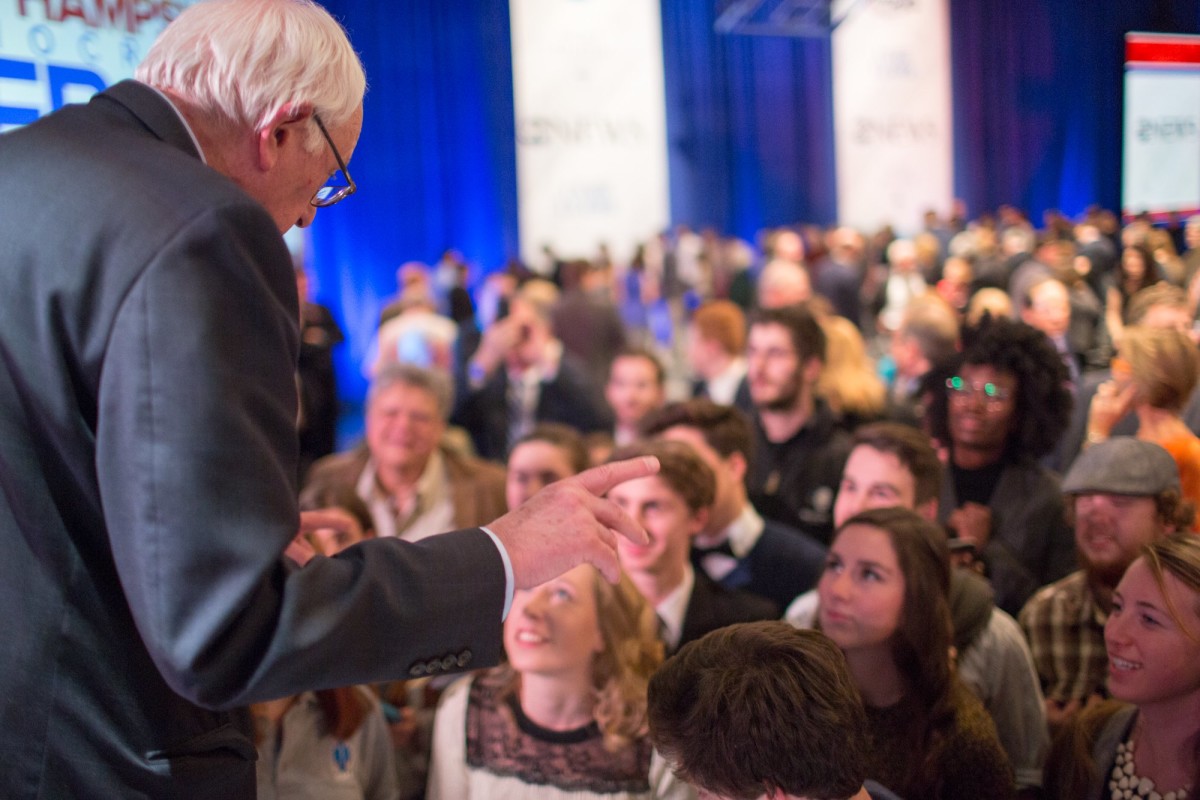 Despite a stormy week where Bernie Sanders fired his head of data and suspend two other team members, he’s started this one with the news that he’s officially smashed Obama’s record for grassroots donations.

That’s more than 2.3 million individual donations made to his bid for the Democratic nomination, versus the 2,209,636 received by Barack Obama in his reelection campaign back in 2011.

It was Saturday night’s live three-way #DemDebate that tipped Sanders over the line, with the campaign claiming BernieSanders.com was “flooded” with online donations averaging $25 each.

Sanders also absolutely owned Google Searches on debate night, as well as Twitter declaring him to have seen the largest follower growth on the platform. He won the Facebook debate too, according to ABC News.

In October, the Guardian found that some 77 percent of Sanders’ donations came from small donors giving below $200, which had already brought in some $27.1 million.

That’s compared to the 80 percent of Hillary’s donors giving more than $200, contributing to the $33 million she made for her third quarter of fundraising.

Sanders is in an incredible position given that over the course of 48 hours last week, he had his access to the crucial NGP VAN voter platform suspended after a data leak led to accusations of foul play within his team – and ended with his head of data getting fired.

While the world was still working out what had happened, his team started a petition in support of the account being reinstated, which got almost 300,000 signatures online. They even filed a lawsuit for data hostage-taking, or what they saw as sabotage.

The account was finally back online on Friday, after which, the CEO of the The Democratic National Committee defended the organisation’s decision to lock out Sanders, and NGP VAN argued its corner too.

“It is deeply troubling for our democratic process when one institution, the DNC, is able to block access to a campaign’s data whenever they want,” rival voter data platform NationBuilder‘s CEO Jim Gilliam argues in a chat with The Next Web.

On Saturday, Sanders apologized for the behavior of his aide but has asked Hillary to jointly call for an investigation into the security flaw.

Meanwhile, the CEO of NGP VAN Stu Trevelyn has again defended his platform, catapulted into the spotlight after it a bug in the its software enabled users to access other people’s information on the platform.

Speaking to The Next Web, he said that what actually sets his organiser tool apart is the “collaborative data model” that accidentally exposed campaign data last week.

“The GOP autopsy after the 2012 election called for copying the collaborative data model through ‘sharing of information’ and the RNC attempted to do that, including trying to build a VAN knockoff, the GOP Data Beacon.”

Read next: How to protect yourself and your apps from hacking this holiday season