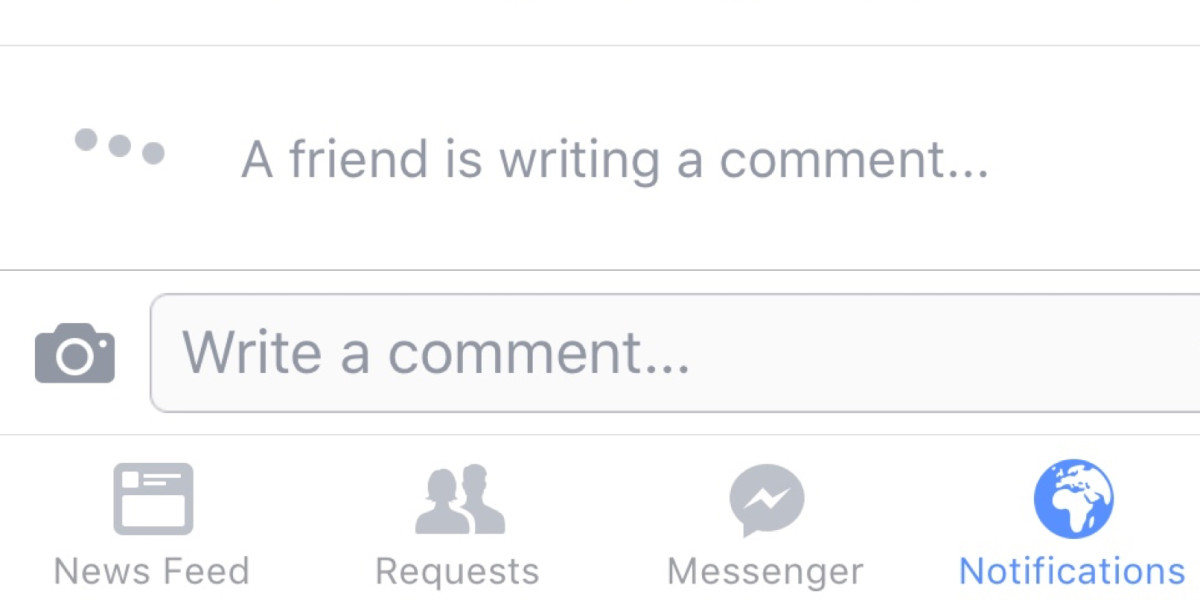 It’s a small thing but it might affect how you use Facebook; over the past month some users have spotted a “A friend is writing a comment” notification when viewing News Feed posts in Facebook for iOS.

Our own Matt Navarra spotted it today, but reports on Twitter go back to early November.

While messaging apps have had this feature for almost as long as there have been messaging apps, having it pop up in posts in the main Facebook app is new.

It’s an interesting test for Facebook. Will the feature increase engagement on a post or will it put people off commenting? If I saw someone else was in the process of commenting, I’d hold off on my own comment until I saw theirs, and in that time maybe I’d be distracted by another post on my News Feed and forget to write the comment at all

I’ll reserve my verdict until I see it in action for myself, but those who’ve witnessed it have varying reactions…

UPDATE: Facebook confirmed the test to us in the statement below. It’s worth noting the confirmation that this test (logically) includes real-time updates to comments:

“News Feed is a place to stay up to date with your friends and family. We’ve heard from people that they want their experience on Facebook to reflect the real time conversations they have. So we are testing adding a line above the comment box of a post that indicates when a friend is typing. This is to help people have real-time conversations with friends and family.”

Read next: If someone makes 'Netflix for slippers,' Christmas is doomed