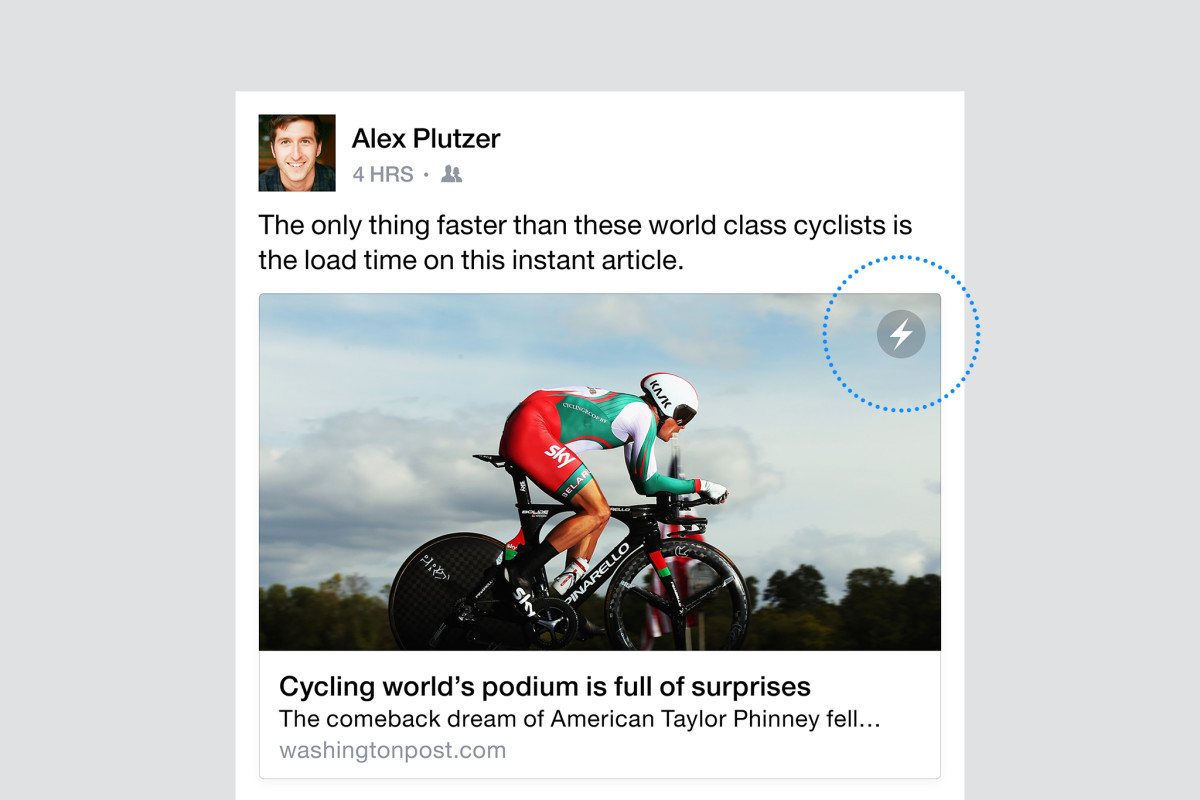 After launching in May, Facebook’s Instant Articles will be available to all iPhone users starting today.

The company made the announcement on its blog:

Anyone using the Facebook app in iOS will see a lightning bolt icon in the corner of stories on the News Feed that are Instant Articles. Facebook says these stories should load “ten times faster than a standard mobile Web article.”

Publishers like Time Inc, The Washington Post, The Huffington Post, The New York Times, National Geographic, BuzzFeed, NBC, The Atlantic, The Guardian, BBC News and more are all signed up to produce content for the new medium. In addition to faster load times, Instant Articles may include interactive media, such as zoomable images and maps or auto-playing videos.

Facebook also announced that Instant Articles will be available to Android users later in the year, with a public beta launching today.

➤ Instant Articles Launches to Everyone on iPhone, With Thousands of New Articles Published Daily [Facebook]

Read next: Is your Mac keyboard messed up in El Capitan? Here's how to fix it