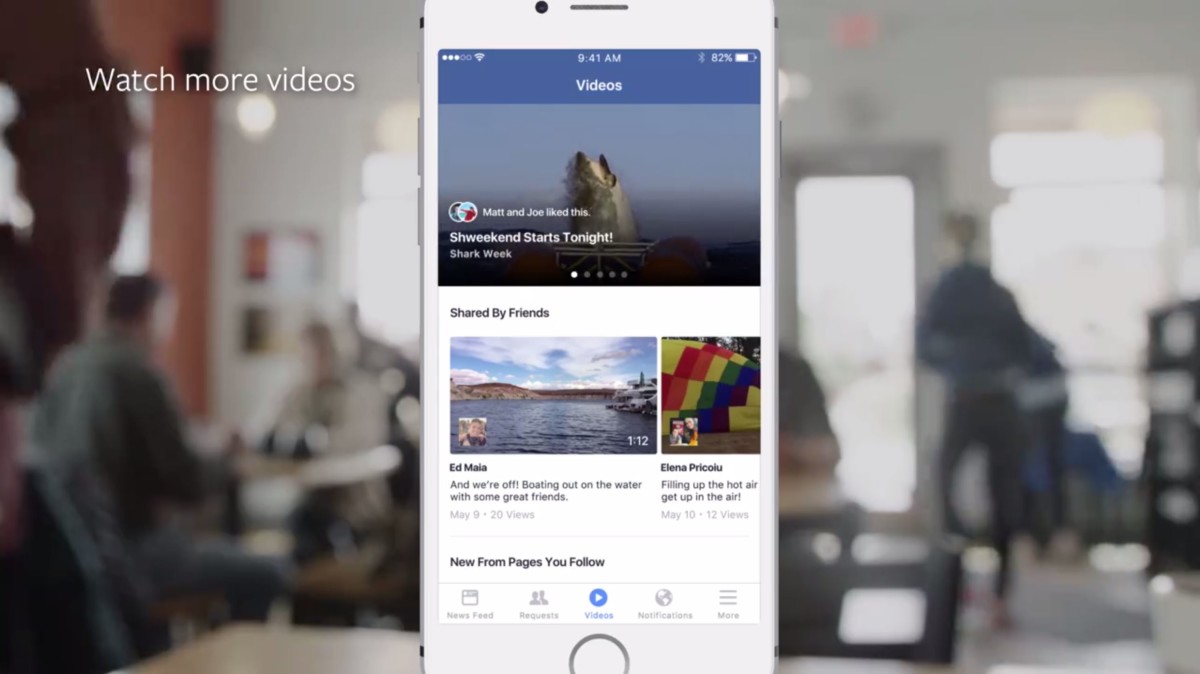 It’s no secret that Facebook has been making a big push for video content recently, but today the company is making one of its most direct moves yet: testing a dedicated video hub, along with several new features to enhance users’ viewing experience.

The new video hub shows up as a tab on the Facebook iPhone app or an item on the left hand side of the Web interface, and allows you to see both videos you’ve saved for later viewing and suggestions from friends, Pages and other publishers.

As per usual, Facebook says it’s a small test, so don’t be surprised if you don’t see the feature on your own account yet. Still, we’d be willing to bet it will eventually roll out to everyone.

Here are some of the other tests Facebook has been working on:

YouTube obviously has a huge user base with dedicated content creators, but Facebook has the advantage of knowing more information about your personal life to be able to provide more relevant videos.

While it’s hard to say how successful Facebook will ultimately be in its video push, it’s likely to give YouTube the biggest fight it’s seen yet.

Read next: Facebook finally fixed a major issue with its 'On This Day' feature