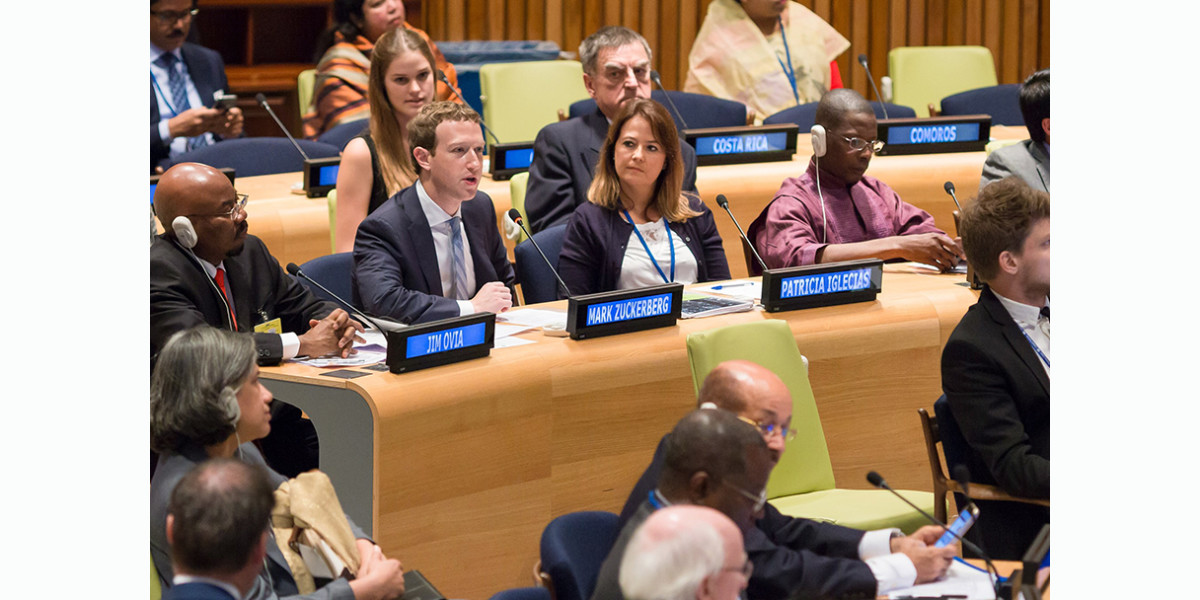 During the 70th annual U.N. General Assembly session, Zuckerberg first addressed the U.N. Sustainable Development Conference, and went on to deliver the keynote address at the United Nations Private Sector Forum, where U.N. Secretary-General Ban Ki-moon and German Chancellor Angela Merkel were also on the roster.

“Connecting the world is one of the fundamental challenges of our generation,” Zuckerberg said. “More than 4 billion people don’t have a voice online.” 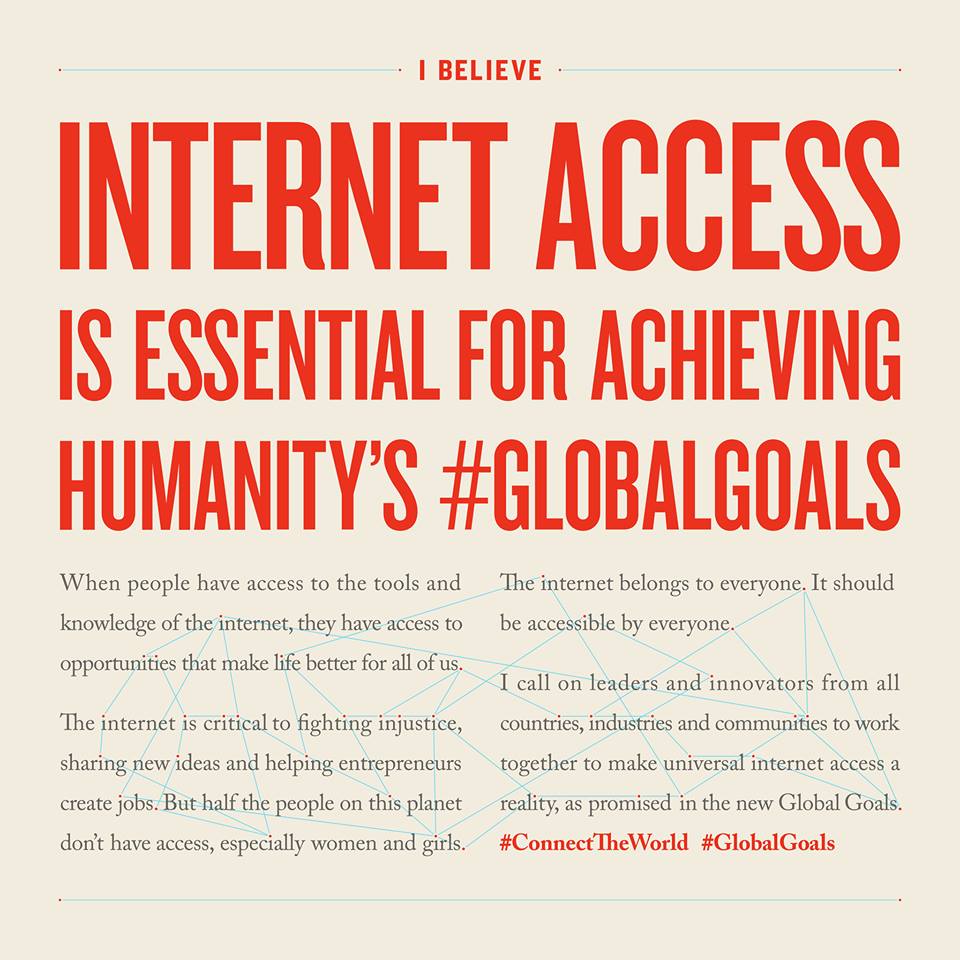 In the earlier speech, Zuckerberg issued a global call to action in conjunction with the ONE campaign, an international advocacy organization. Its ‘Connectivity Declaration’ states that internet access is “essential for achieving humanity’s goals” and the group seeks to deliver it to everyone on Earth by 2020.

That initiative comes as part of a U.N. effort to eradicate extreme poverty by 2030.

By giving people access to the tools, knowledge and opportunities of the internet, we can give a voice to the voiceless and power to the powerless. We also know that the internet is a vital enabler of jobs, growth and opportunity. And research tells us that for every 10 people connected to the internet, about 1 is lifted out of poverty. 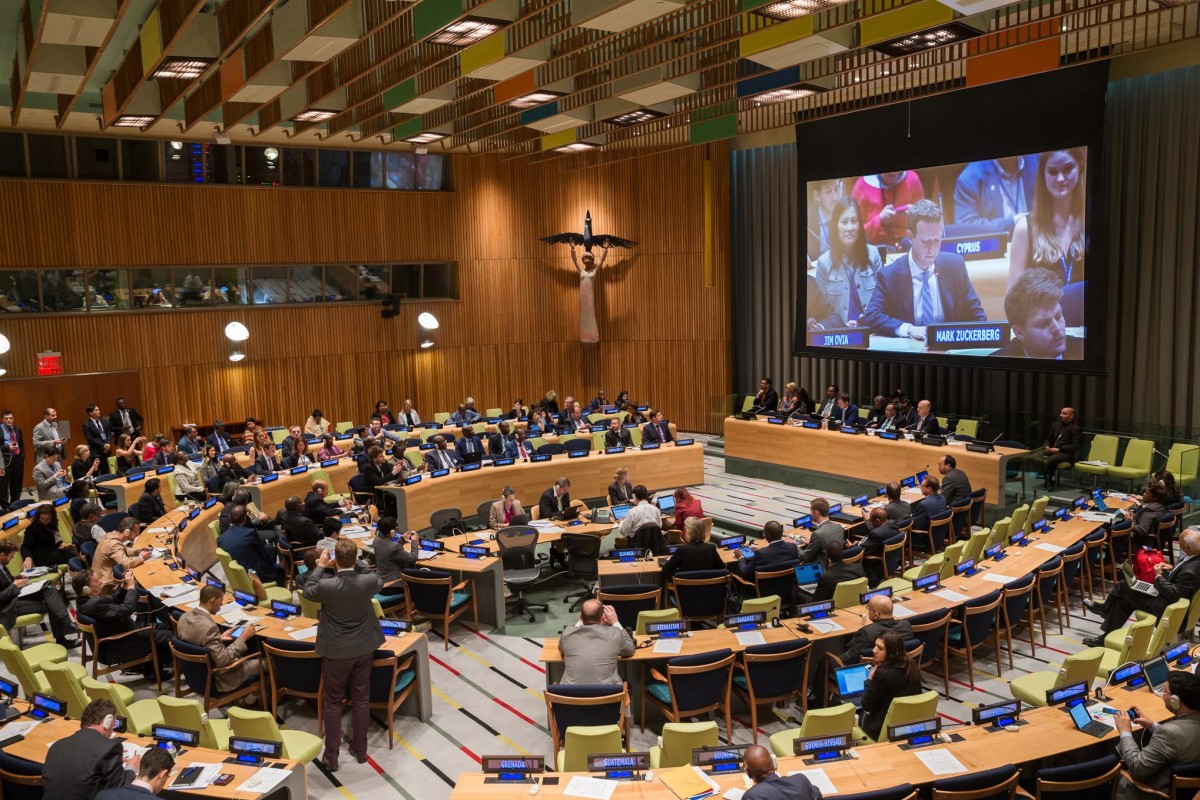 About $25 billion has now been committed to meeting these goals, with $3.3 billion from the US and pledges from Canada, Germany and Sweden.

Zuckerberg also told the U.N. today that Facebook was partnering with the U.N. High Commissioner for Refugees to bring internet access to refugee camps worldwide.

Zuckerberg has long been involved with trying to expand access to the internet for underserved populations. Just this week, his controversial Internet.org initiative renamed its mobile and Web app and expanded encryption for users, though some have questioned its underlying altrusim in being promoted by an interested party.

Critics have slammed the program for violations of net neutrality, providing limited access to sites and controlling what users can view online.

Read next: 7 lessons learned from organizing a hackathon