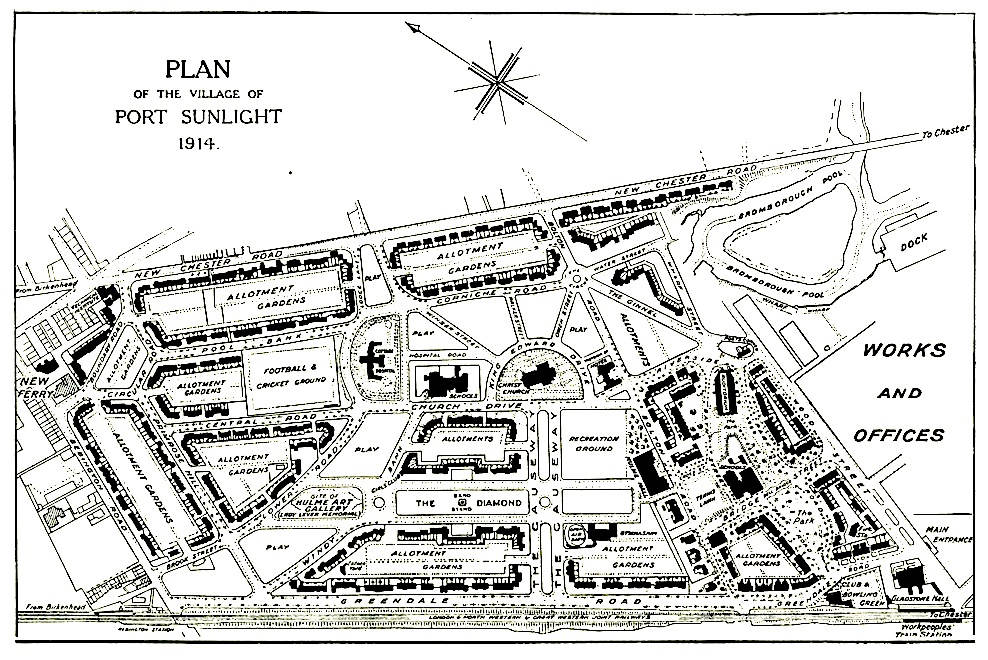 During yesterday’s live Q+A, Facebook CEO Mark Zuckerberg talked about the company’s responsibility to help with housing stocks around its new HQ. He explained that he and the architects are thinking about how best to serve the community. Here’s one idea:

Facebook should build a company town, in the heritage of Cadbury’s Bournville or Hesketh Lever’s Port Sunlight.

Bournville is the quintessential model company town. It was built by the Cadbury brothers – George and Richard – who decided to move their factory from the smoky, hectic center of Birmingham.

The brilliance of Bournville was that the Cadburys provided education to its adult workers and their children. They also encouraged them to have rich social lives with summer parties and many clubs. Gift giving was also a ritual that spread through the town.

And, in comparison to the anti-trade unionist rhetoric of Silicon Valley libertarians and the UK government, the Cadburys welcomed and supported collective bargaining and organization, actively supporting trade unions.

William Hesketh Lever, one of the founders of Lever Brothers, a soap and tallow manufacturer, built Port Sunlight in 1888. It was designed to offer better housing alongside social and community facilities. They included an auditorium, a school and tennis courts.

The actual planning of Port Sunlight was brilliant – straight streets close to the town center contrasted with curving streets in residential areas. Mixing the formal and informal was a revelation for town planning and an idea that quickly spread.

Building a company town would simply be an extension of Facebook’s corporate philosophy, bringing its people together to build things.

While Silicon Valley companies tend to give employees free food and many perks to keep them in the office, a company town would be about making them and their families healthier and happier.

A perk-filled office is a gilded cage. A properly conceived company town is a vehicle for productive work and personal freedom. Reports by the Wall Street Journal suggest Facebook may actually be taking the idea seriously.

Read next: Sony's 4K Xperia Z5 displays most content at 1080p to save power