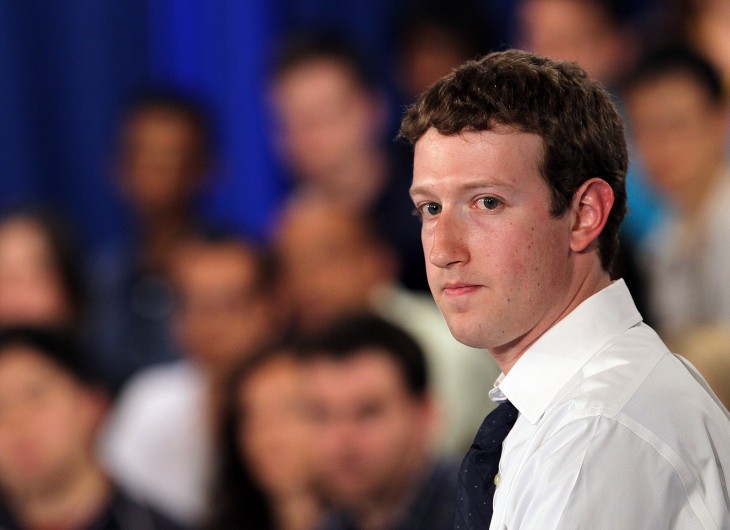 Facebook CEO Mark Zuckerberg made his annual appearance at Y Combinator’s Startup School event for a fireside chat with Paul Graham. In this conversation, he spoke about what he first built, never being afraid of making mistakes, and the movement that the social network has become to connect everyone.

One of the first questions that Zuckerberg was asked was what was the first thing that he coded. It wasn’t “FaceMash” interestingly enough — it was actually Course Graph (he blames Aaron Sorkin’s “The Social Network” for that popular misconception). It was the first time where he set up an Apache and SQL server, which helped train him into building new things. At the time, he had about 2,000 users from Harvard inputting course information in his service.

Course Graph wound up setting the building blocks for a developer ecosystem at Facebook because he wanted to establish a foundation for other people to create apps and services leveraging his technology. Zuckerberg said that he was focused on channeling the community to build a core asset.

He built the first iteration of Facebook during Harvard’s “reading period”, a practice that has since been ended. Graham notes that both Facebook and Microsoft started during one of the university’s “reading periods”, something Zuckerberg quipped, “Harvard has a habit of ending things that work.”

Graham wondered why earlier versions of Facebook were successful during its expansion into other colleges which had competing services. Zuckerberg responded that it was probably because of the real identity aspect in the community — it’s not just something that is indexed by search engines. He says that he built a framework that made people comfortable to share personal information and the other services at Stanford, Columbia, Cornell, etc., just didn’t have those settings in place to allow personal expression.

Would Zuckerberg have created Facebook if he hadn’t set up FaceMash? He says that when he was in danger of being expelled, his friends set up a going-away party where he met his future wife. He jokes that his family and many others all felt that he would drop out of college.

It shocked Zuckerberg that Facebook wound up being the social network that connects everyone, emerging triumphant over corporations setting up their own service with more resources. He says that “we just cared more about it” and felt in his gut that they wanted it more and believed in the mission.

Some of the best ideas in the world are those that you are passionate about and that you can do better than anyone else. One example Zuckerberg cites is Internet.org, an organization designed to connect everyone in the world to the Internet. There isn’t a business model in the world, he says, as those with money are already on Facebook.

What is his management style like? Zuckerberg says that no one is good at hiring people right from the get-go. He says that he’s developed a few “heuristics over time that Facebook could understand.” Founders should hire people that they can learn from — a great person, not an okay one.

Great stuff gets built because it’s irrational at the time, but it’s being built by the people who care about it the most. Facebook’s CEO says that you shouldn’t worry about making mistakes, because you’re going to have a lot of them and that you should continue moving “through walls” and never be demoralized.

Was Facebook’s experience more or less a “shit-show” than companies now? Zuckerberg said that it’s more — he remembers coming to Silicon Valley and seeing all the great companies along the 101 Highway and wondered if he’ll be able to create one of the tech industry’s great firms.

Turning Facebook into a platform came after the introduction of a social network. Zuckerberg believes that having people at the center should be the core element, which could be used to allow developers to build off of that data.

If there’s an instance where a competitor has a feature that Facebook doesn’t have, the company would initiate a “lock down”, which meant in earlier times that the team wouldn’t leave the house until the problem was addressed. Today, Zuckerberg jokingly said that it’s as “close as they can legally get” to that.

In the final minutes of the interview, Graham asked Zuckerberg what he cared too much about — something that “haunts” founders. He responded that he is obsessed with connecting everyone. How predictable.

This was Zuckerberg’s second time at the event following his company’s IPO where the stock didn’t perform as great as everyone had hoped. Now, this year, he returns as the head of a company riding on the success of its mobile strategy and much improved stock price (it closed at $54.22 on Friday).