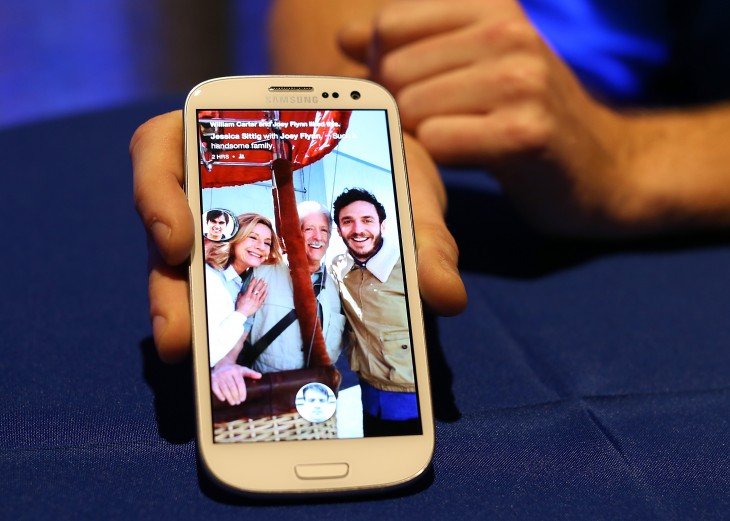 Facebook intends to bring more content to your lock screen and it’s leveraging Home to do it. The social networking company is integrating Flickr, Pinterest, Tumblr, and Instagram into its Android launcher to help make your mobile device more than just status updates, but something much more engaging.

Today’s move follows what Facebook CEO Mark Zuckerberg said during his talk at TechCrunch Disrupt in San Francisco where new streams of content from other apps would start to be incorporated into the company’s apps.

This new feature is being rolled out slowly, starting with those enrolled in the Facebook for Android beta program, set up in June to not only test new features, but to gauge feedback.

Facebook Home’s progress has moved a bit slowly since its launch in April. Zuckerberg said at the time it would help put the focus on people instead of apps. You might recall that this software was supposed to be paired with the HTC First, but Facebook probably did the smart thing by also enabling users to install it on a select group of Android smartphones. In doing so, Facebook saw its install numbers jump to one million in the first month after its release.

However, perhaps recognizing that Facebook Home can survive without having a dedicated phone, its features were integrated into the social network’s core app. Soon, chat heads and the new lock screen came to iOS and Android devices.

Today’s move could certainly help accelerate adoption of Home on more Android devices and further showcase the social network’s burgeoning ecosystem as it looks to connect the next 5 billion people.

With more people actively using Facebook on mobile instead of desktop, these initial integrations will leverage that growing demographic while also ensuring that Facebook collects the data to power its social graph, while also giving greater exposure to these popular social networks.

Read next: Pressdoc rebrands as Pr.co as it launches a new public relations toolkit