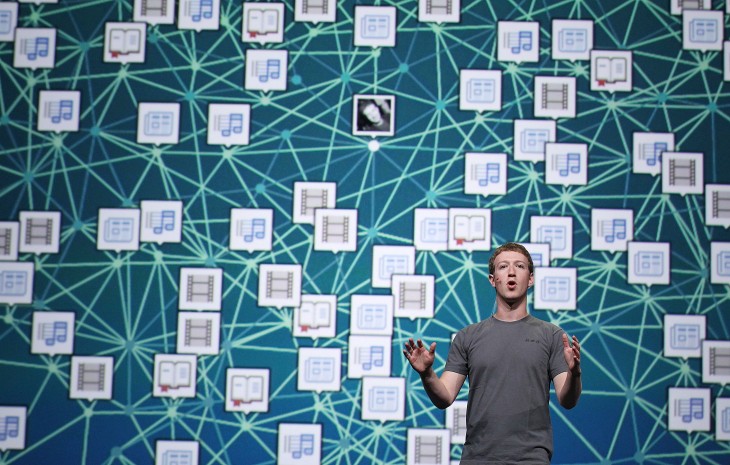 Six years ago, Facebook unveiled its Platform service to allow third-party developers to integrate its social graph into their apps. Today, the company has revealed its enormous growth: 550 million people are having social experiences each month and more than 1 billion stories are being shared daily. It also shared insights into Platform’s future and how Parse will be integrated.

At a whiteboarding session, Facebook’s Director of Developer Relations, Doug Purdy, shared a brief history about the Platform. Originally called Facebook Canvas, the service was intended to help the company create a developer ecosystem.

Purdy believed that applications and its experience focused around the user was much better than if it was just focused on the technology. Facebook launched the product to allow third-party developers to tie back into Facebook so that stories and memories can be shared on a user’s Timeline while also integrating data from the social network into their apps.

In the end, Purdy spoke about the future of Facebook Platform and what users and developers could come to expect within the next couple of years. It’s clearly apparent now that Platform has seen incredible success in its short six year history. However, to enhance the social experience, Facebook says that it’s focusing on four key areas:

Purdy says that Facebook is focusing on ways to bring content and data that users care about into third-party apps and back in order to create a much more personalized experience. The company hopes to achieve this primarily through improvements in its Login with Facebook protocol. Last April, the company launched some updates whereby users were able to better manage what is being shared both with Facebook and also with third-party apps.

This recent Login update was said to be well-received by both users and developers. In the end, Facebook says it’s about giving users more control and trust.

Facebook says that a lot of its focus will be around the Timeline where it’s believed to have a home for third-party app activity. Users can see the updated timeline now whereby any activity from services around movies, Pinterest, books you read, music, and check-ins, are now displayed on the Timeline. Purdy tells us that because people are living their lives on their mobile device, it’s natural for content to be shared from apps to Facebook. Additionally, he said that it’s an “awesome” surface for discovering things that people are doing.

Simply having an app isn’t enough — it’s about promotion. Facebook has set out to support developers that tie in to its Platform. It was at this point when Purdy highlighted the company’s mobile app install ads, which it launched in October 2012.

In an area where Facebook’s acquisition of Parse comes into play, the company is looking to help app developers create a cross-platform experience, so that it’s not only available on Facebook, but also iOS and Android devices. The company shared that while it’s helping to create more cross-platform apps, but also allow users to interact with services across any devices.