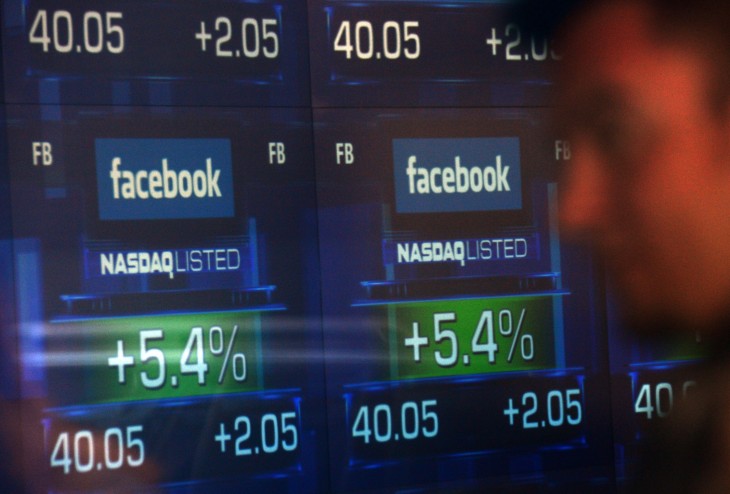 On May 18th, 2012, Facebook went public at a per-share price of $38. The company experienced a brief gain, spiking into the 40s, but ended its first day of trading just a few cents above the set $38 price.

The following days saw the stock decline, under its listing price. The stock would fall as low as $17.55 before it began a period of recovery. As Facebook has grown its income from mobile users, and proven that its desktop market share isn’t transitory, investors have warmed to its shares.

Facebook has since recovered from its lows, and is now closing its first year as a public company at $26.25. That’s a 30.9 percent decline from its IPO price, but is up essentially 50% from its historic, 52 week low. Facebook investors that bought the company when it was mired in the doldrums have done well. Folks who bought on day one have endured nothing but decline, of varying degrees, since their purchase.

In its most recent quarter, Facebook bested revenue expectations, with top line of $1.46 billion. However, it missed forecasted profit by reporting just $0.12 per share in earnings. Facebook price-earnings ratio is remarkably high.

Today, Facebook closed regular trading worth $63.47 billion. When it went public, the company was valued at over $104 billion.

In retrospect, Facebook is now a much larger company, with stronger profits and revenues. And investors are valuing below the price that the market bore when it went public. It’s a lesson worth remembering; what the market will allow in an IPO doesn’t always fully reflect the value of a company.

Zynga and Groupon investors can confirm the idea.

Facebook finds itself in a strong posistion, with plenty of cash, profits, and growing revenues. It’s work in mobile is also to its benefit, at once expanding its core offerings in the space, and also enjoying the quick growth of Instagram, which it wholly owns.

A final note: Instagram’s final purchase price was $715 million. Why not the oft floated $1 billion figure that was offered? The deal had a huge stock component. And as Facebook’s stock fell, so too did the value of the deal.

Market declines regardless, in the past year Facebook’s usership, incomes, user activity are all up and to the right. Botched IPO or not, Facebook is healthy.

All relevant data via Google Finance.