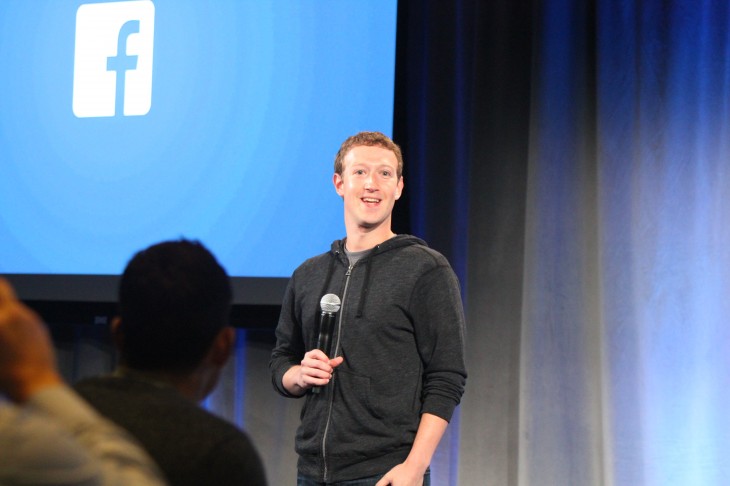 Facebook has come a long way in its quest to be a mobile force to be reckoned with — but it’s still not there. On Thursday, its CEO Mark Zuckerberg told press and the world that his company had become a ‘mobile first, mobile best’ company with the release of its Android launcher software called ‘Home’. But for all of its efforts, can Zuckerberg claim that Facebook has really reached that goal of a mobile nirvana?

There’s no discounting the fact that Facebook has made a concentrated effort in trying to reach out its more than 1 billion users on every feasible platform — desktop, phone, and tablet. From building HTML5 apps to those that run on iOS, Android, Windows Phone, and BlackBerry, to now its evolution — the Facebook phone and Home, just how does Facebook’s standing in the mobile space really measure up?

The rise and stagnation of Facebook’s HTML5 app

Where exactly is Zuckerberg, let alone Facebook, going with its mobile presence? The company says that no matter what kind of phone you’re using, whether it’s an iPhone, Android, BlackBerry, or Windows Phone, the social network will be accessible to you.

But the company has been rather wish-washy in what they claim will be the best thing for its users. Last October, Zuckerberg said that more people used the service more on its mobile-targeted website versus on the iPhone and Android combined.

By reading that statement, it’s apparent that Zuckerberg really wanted the mobile Web to succeed, and it very well could have — and still might with those lesser advanced phones and for those users who refuse to download the app. But keep in mind that a month prior to Facebook’s CEO making that statement, he appeared on TechCrunch Disrupt in San Francisco in his first public appearance since the company went public and admitted that it was the company’s “biggest strategic mistake” to go with HTML5 instead of a native app.

In August 2012, Facebook released an update to its iOS app that makes it more native to the iPhone and iPad device. People have said the experience using the company’s HTML5-based app with a UIWebView interface was simply terrible: long load times, notifications were intermittent, and the app even crashed quite frequently. Facebook heard these complaints and recognized it needed to change its strategy:

On iOS and Android you can just do so much better by doing native work and we needed to do that.

With this update, the social network company said it rebuilt everything from the ground up and that it became twice as fast as its predecessors when launched on the iOS device.

Several months later, the company released a native Android app. In announcing the release, it said that “we’re moving from a hybrid native/webview to pure native code, allowing us to optimize the Facebook experience for faster loading, new user interfaces, disk cache, and so on.”

The launch of the native apps could be considered to be a major milestone for the company because it’s a good sign that Facebook was beginning to take the mobile experience of its users very seriously. If they hadn’t, would it be subject to a similar fate that other social networks like MySpace (not Myspace) and Friendster?

On stage at TechCrunch Disrupt, Zuckerberg said that over the next three to five years, the performance of his company would “depend on how we do with mobile.”

It’s fundamentally misunderstood how good mobile is on Facebook. There’s more engagement, they’re spending more time. We also think that we’re going to make more money on the time that they spend on mobile.

Mobile is vital to Facebook’s existence

Facebook has a lot riding on being a mobile company. Following its disappointing IPO, its COO Sheryl Sandberg appeared on CNBC and said she supported Zuckerberg’s statement. She also said that to help compensate for its performance, mobile and advertising products would be key to winning the hearts of investors.

Zuckerberg’s point was reiterated following the company’s Q3 2012 earnings report on a call where it was announced that more money was to be made from mobile — an area where people had a 70 percent likelihood of using Facebook daily. “Most people underestimate how fundamentally good the trend towards mobile can be for Facebook,” he said. ”We should be able to reach more people on mobile than on desktops.”

As TNW’s Matthew Panzarino reported, Zuckerberg believed that over the long run, more monetization for time will happen on mobile than on desktop — partially because of the fact that ads need to be built into the mobile apps and made to work like ‘movies’ which will be more likely to engage users.

Last fall, Facebook revealed that in its pursuit to improve the mobile experience, it had directed its different teams to own their product experience. This is a considerable change in the world’s largest social network. Now, teams are able to “push the envelope” when it comes to their applications and, after soliciting feedback from experts and thought leaders, they can create more thoughtfully-executed experiences across multiple platforms. In addition, these teams will be able to rapidly share any changes with its users without having lengthy internal review times.

Currently, the social network has a few stand-alone applications besides its base service, including Instagram, Messenger, Poke, and Pages. Facebook also has Camera• although it appears not much has been done with it since its launch and the acquisition of Instagram.

Already we’re seeing departments with Facebook launching some new features, including VoIP calling through its Messenger app in Canada, the US, and the UK.

A different way to make money through mobile

After all of this effort, some might wonder whether Facebook has finally broken through the barrier and has found magic bullet to mastering the mobile space. Slowly it looks that way and through native apps. It has even initiated new programs to help developers monetize their products besides the traditional banner ads. Previously, the only way for advertisements to happen on the social network was through the desktop.

Last October, the company announced the release of its mobile app install ads feature — a new advertising service to help drive users to install apps on their smartphones.

Naturally, advertising has been one of the traditional forms of monetization for any company and it’s no different for Facebook. The launch of its advertising platform has made some to compare it to Google, but could it compete? Sandberg thinks so. She says that its advertising programs are strong enough to rival even Google. As we reported then, she says that with great targeting and the fact that people are using the service to reach customers who are real and will truly engage, there can be tremendous value for marketers to “get the bank for their buck that they need”.

Google recently released its Google+ sign in feature, which also now implements the behavior of the mobile app install ads.

For its part, mobile advertising seems to be paying off for Facebook. In Q4 2012, the company revealed that 23 percent of its advertising revenue was made up from its mobile ad platform, worth $305 million. This was a 9 percent increase from the previous quarter.

The journey to Home

It’s clear that Facebook has had much success with its native applications and there appears to be an increase in mobile usage as a result. The company said in its Q3 10-Q filing that it expects more users to come from mobile devices than desktop and that quarter was the first that statement became true. With more than 1.01 billion users, 604 million of them are mobile, perhaps because of its flexibility in being portable.

To that end, it probably shouldn’t surprise anyone that last Thursday, Facebook released its first phone, at least technically. Through its Android launcher it’s calling Home, the company says it’s hoping to change the dynamics of the mobile landscape by no longer making the experience about the apps, but rather the people.

If you’re thinking that this is a larger move for Facebook to create an operating system, you’re mistaken. Zuckerberg said that Home isn’t an operating system, nor is it a phone. It’s an integration layer — some might reference it to be akin to your desktop on Microsoft Windows in that it’s all about the customization.

As TNW’s Emil Protalinski said, “a launcher means Facebook can get Android users to install, and Android partners to preload Home as an additional option. It’s a genius move that ensures Facebook’s presence on the world’s most popular operating system becomes even more important.”

Starting with the HTC First, Facebook looks like it wants to build an ecosystem of its supported apps right on a user’s phone. Of course, privacy concerns abound, but the company has said that its system will not track the device’s GPS location, and can be turned off and reverted back to the stock Android OS version. In addition, Facebook says that it will not look at any data from non-supported applications.

Advertisements will not be displayed in Home, but in the future could be added, leading some to believe that much more targeted ads are set to be revealed.

In the end, Facebook has gone from trying to take on the mobile Web to seeing its revival with native apps. Now, it appears to be looking forward to expanding its reach to something more holistic — the entire device. Could this be Facebook’s way to mimic Google’s Chromebook computers, but for the mobile device? We’ll have to wait and see — perhaps the social network company will release some more apps to support its ecosystem to help the phones truly be all about Facebook.

Read next: 5 ways to advance your term sheet: AKA "How to think like an investor"