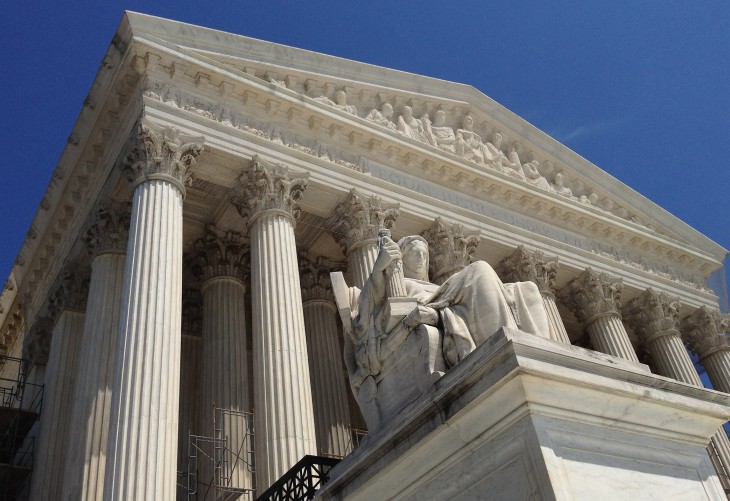 The United States Supreme Court this week held arguments about the constitutionality of same-sex marriage in the country. On the docket were two laws that perhaps affects someone you know: California’s Proposition 8 and the federal Defense of Marriage Act. As battles waged on inside the hallowed halls the nation’s highest court, the Human Rights Campaign (HRC) fought for equal treatment by fighting on a different front: the social media side.

Last Monday, the HRC urged Facebook users to change their profile pictures to a pink-on-red equal sign to show their support for marriage equality. Today, the social networking company shared some insights into the behavior and some statistics are rather interesting.

In evaluating how this program played out over time, Facebook said that it found that an additional 2.7 million people updated their profile photos on Tuesday, March 26 (the date when the US Supreme Court began hearing arguments on Proposition 8) compared to the previous week. How important is that number exactly? The company says that it’s 120 percent more — even though millions of US-based users update their profile photos normally.

Another way to look at this data is through a time series model chart that Facebook compiled that shows the frequent updates to profile pictures. Note, the dotted line indicates the start of HRC’s campaign at 1:00pm EST on March 25.

One of the things people may also be wondering is where in the US are all these users that are changing their profile picture? Is there a specific concentration in places like New York City, Miami, Chicago, or just in San Francisco? What’s the likelihood that more users will be in support of HRC’s campaign from a more conservative city, town, county, or state versus one that is more liberal?

Facebook’s Data Scientist team constructed a statistical model that it said would help estimate the likelihood that a user in a given county would change their profile picture. This model looked at the week-over-week increase and because there are 3,141 counties in the US, Facebook included data about the behavior of other users in the same state and across the country in order to get what it called “a more stable estimate of the difference.”

Based on its analysis, Facebook believes that those counties that are darker in color can be thought to have a greater turnout as a result of the HRC campaign. While it may be difficult to tell which county offered the most support, the company says Washtenaw County (home of Ann Arbor and the University of Michigan) was at the top of the list. It estimates that approximately 6.2 percent of Facebook users from the county changed their profile photos in response ot the campaign.

In addition to Washtenaw County, other counties included Orange (California), Durham (North Carolina), Monroe (Indiana), Johnson (Iowa), Athens (Ohio), Dane (Wisconsin), Boulder (Colorado), and Travis (Texas). Facebook notes that these were home to college towns, which someone could surmise helped the campaign flourish — after all, college students can be quite active on the Internet and on Facebook while also being active or at least vocal when it comes to social issues, regardless of their stance.

Not surprisingly, San Francisco and San Mateo counties in California, both filled with technology companies, including Facebook, had a large percentage of users changing their profile pictures, along with Washington, DC (where the HRC is headquartered and is one of the cities that has legalized same-sex marriage). However, the team did find that while population density was correlated with increases in profile pictures being updated, it says many counties with large cities like Los Angeles, Chicago, and New York City were not quick to jump on the campaign and show their support (2.4 to 2.9 percent of users supported HRC).

Whether or not this support actually will translate into something that will sway the Supreme Court Justices remain to be seen. What this does show is another example of Facebook’s capability to help mobilize users and make them into activists. Many are unsure what to do in order to voice their support (or even opposition) and something that is instantly recognizable on the social network is the profile picture.

In closing out its report, Facebook data scientist Eytan Bakshy says that for a long time, the size of people’s impact when they weren’t physically standing shoulder to shoulder wasn’t apparent. With the millions of users who stood in solidarity for marriage equality, it’s much easier to register now through social media.

Read next: This week at Microsoft: Windows Phone, Build, and Windows 8