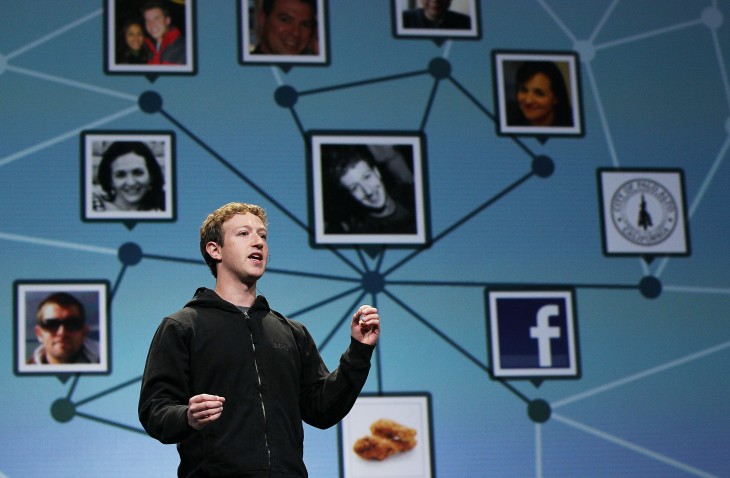 If Facebook has its way, soon its mobile apps will be able to tell you when your friends and connections are nearby. According to Bloomberg, the social network is in the process of developing a smartphone application that will track the location of users. Supposedly scheduled for release by mid-March, it will help users find nearby friends — basically competing against Apple’s Find My Friends service, along with others, including Highlight, Banjo, and perhaps even Foursquare.

Facebook’s mobile app already pinpoints what’s near you through its Nearby tab, although it’s only about venues and locations, not people. As the social network has been working to find a way to master the mobile space, apparently it’s next step is to have its users stalk their friends. And this isn’t anything revolutionary — it’s simply combining its Nearby feature with its Places service.

Sure, this service has shades of Apple’s Find My Friends service, but Facebook’s could make things a bit interesting. With Apple, the service allows iPhone users to locate their friends using the device’s Contacts and Maps program. Granted, Facebook has a greater reach — not every one of your friends are probably entered into your phone’s address book, but you’ll probably have more of them as your Facebook friend. It looks like the social network is working on really getting people to meet not only online but offline as well.

Last week, Facebook announced that for the first time ever, mobile usage of its app surpassed those on desktop computers. Just in its fourth quarter, there were 680 million mobile monthly active users, 76 million more from the previous quarter and a little less than 250 million from the year prior. 157 million monthly active users accessed Facebook just through mobile devices. That gives incredible incentive for Facebook to pick up its game in the space.

If you look at Facebook’s ecosystem, it has released a few applications that mimic the desktop experience — naturally, of course, is its main app, but what about its Camera, Messenger, and (who could forget?) the Poke app? Facebook really wants you to interact with friends anywhere you are.

Should this development hold true, this could hold additional promise especially when you think about targeted advertisements, its effect on Graph Search, events, and much more.

Read next: Mega Manager for Android is the first mobile app for Kim Dotcom's site, lets you browse and download files