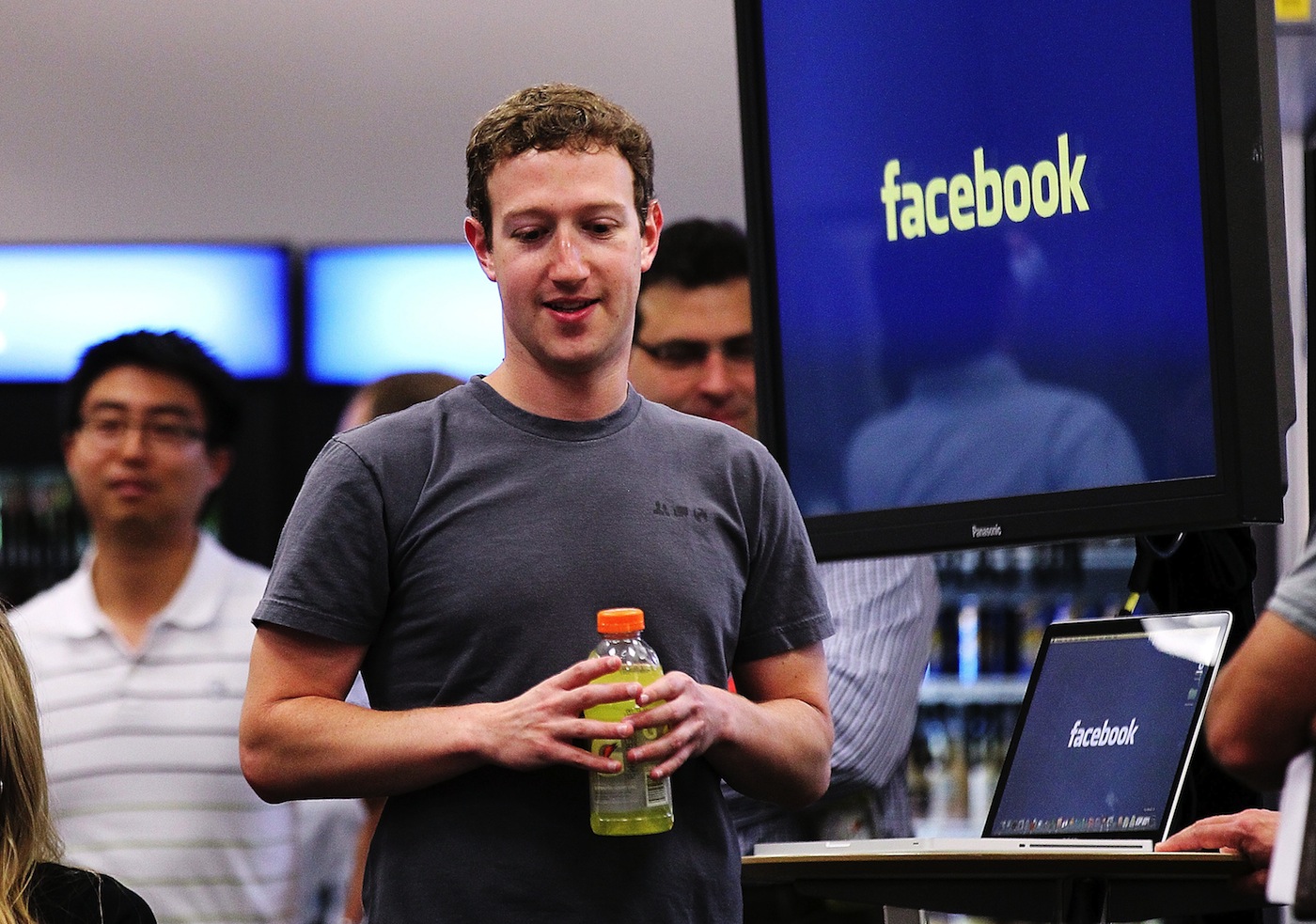 Facebook has gained quite a hefty amount of our global lexicon in its 8 years of existence, creating a language that is invariably linked to the behaviors that frequent the website. Of course, with 1 billion people logging in every day, it’s hard to imagine everyday life without the most popular social media platform in the world.

Facebook is not only responsible for altering the meaning of longstanding words but also allowing a grassroots system to arbitrate and designate terms to better understand the experience from a user perspective. It’s enigmatic to say the least, but Facebook has an entire dictionary about itself — and it’s only getting bigger, and there’s no doubt more to it than the language of Twitter.

Got a profile page? Here are some need-to-know terms for understanding the words that are flying all around you, plus some extra ones that will make you seem like a regular pro. Do you have an entry for the glossary? Leave your word in the comments!

Friend — The basic action that drives Facebook is the process of gaining friends: a group of people with whom a user is allowed to transfer and broadcast information freely. Acceptable as both a noun and a verb, you must friend someone in order to have a friend. Just keep in mind that it only works as long as both parties agree (see: “Unfriend”).

Wall — Of course, you have to have a way to communicate with the friend you just friended. While Zuckerberg and company would like to say the communication platform du jour is actually a fancy retroactive scrapbook called a “Timeline,” most people refer to that part of their page as a “Wall.” You can write on a friend’s wall, give them photos (LOLCats) or videos (Nyan Cat). From there, others can “comment,” which basically means tacking onto the original wall post with new input of varying media.

Status — Perhaps the most egotistical arm of Facebook is the “status”: a public update on virtually anything that’s popped into your mind at any given point in time. You can say literally anything, as long as it stays within the “limit” of 63,206 characters or roughly 451 Twitter updates. Statuses not only stay on your profile in perpetuity (unless otherwise deleted), they are also broadcasted to others (see: “Feed”).

Feed — The home base of Facebook is the “Feed” or the CNN-style breaking news ticker that updates a user of the happenings of all their friends’ statuses at given points in time. A good, long stare at a Facebook Feed inevitably brings up common tropes within the Facebook universe:

Page — Instead of profiles, corporations and brands are afforded a different set of tools on Facebook in the form of a Page. Instead of “Friending” a page, people must “Like” it, and those users become “Fans.” Brands can communicate one-on-one with fans via their Page, but largely it is used for major broadcasts of brand news and interesting products.

Poke — Scoring high marks on the “Ye Olde English” scale of archaic lexicon, “Poke” is an action on Facebook that is now more of a vestigial organ of a network long past. Back in the day, users could “Poke” someone they may know. If the other users “Pokes” them back, each person would be able to see one another’s profile for a limited number of days. Because most folks see no need to perform such an awkward action and it’s taken on a derisive image in light of the “Poke Wars” of the mid-2000s, people are counting down the days for when the company pulls the plug on this feature.

Dislike — A lot of trouble can arise when the only available sentiment is a positive one (see: “Like”). What happens when your friend Timmy breaks his leg, or you find it sad that Honey Boo Boo had to give her pig Glitzy back to the farm? Enter “Dislike,” a one-word comment that frequent pops up when it feels too socially awkward to “Like” a less-than-positive status on Facebook. Many users have rallied to make this a feature of the platform, but until then: when in doubt, never forget “Dislike.”

Tag/Untag — A major struggle in the Facebook universe involves the personal management of one’s likeness. Enter “Tag” and “Untag,” two features that can ensure all your friends from your business conference get that great photo of the group mini-golf trip and that your boss doesn’t see the 15 shots you pounded down afterwards. Because of privacy, most people err on the side of leaving photos blank. But, a simple “Tag me” or “Untag me” is a great way to let people know which photos are gold and which should be kept out of public view. Also, a friend who does not heed this request should be taken care of appropriately (see: “Unfriend”).

Unfriend — Just as you can “Friend” someone, you can “Unfriend” them on Facebook. While this isn’t the platform-condoned term for deleting someone from the friends list, it has taken on a life of its own. In fact, November 17th is the Jimmy Kimmel-backed “National Unfriend Day,” a perfect time to clean up your social graph. While there are significantly more hoops to jump through when unfriending a peer, it’s an important part of the Facebook system to keep strangers and weirdos from peeping at you (see: “Stalk”).

Subscribe — In September of 2011, Facebook developers released the “Subscribe” button: a handy way for public figures to reach out to other folks on Facebook without putting privacy in jeopardy (see: “Stalk”). Subscribe is the only one-way connection feature on Facebook, and it also has a separate status condition for users who have subscribing open. Subscribers are treated like Fans of Brand Pages, given periodic updates and news shares from the person they really actually want to be friends with in real life.

Share — “Share” is one of the most popular features on Facebook, and one that is responsible for the massive amount of meme-generating and percolating the platform now takes part in. In short: when a friend or a person you subscribe to says something funny or witty, or puts up a great video of a fat cat trying to fit into a cardboard box, simply click “Share” and you can broadcast that information out as a status. Share is another important currency in the network, and is the object of affection for most companies and power users (like George Takei).

Promo Post — An annoying development in the Facebook universe, a “Promo Post” refers to anything that a brand or another user launched into your feed via a paid promotion or brand advertising rules. Due to Facebook’s Terms of Use, companies are allowed to market to friends of friends when a single person “Likes” a brand. For example, if your friend Timmy has liked a cat food brand, that brand will most likely reach out to you given your relationship to Timmy and your fondness for cat pictures and videos. Facebook has also offered this feature to laypeople of the product, so now anyone can promote any status for a couple bucks and reach more people. Promo posts are at the top of the list for many fickle Facebook users as a reason the platform has jumped the shark.

Mirror Pic — Easily the most standard type of picture presented on a profile, a “Mirror Pic” has been around since the heyday of Myspace and has a specific anatomy:

The mirror pic is a pejorative stereotype, but odds are that you still have many friends who have one in active rotation — a problem you may need to take care of (See: “Unfriend”).

LMS — The ultimate in Facebook acronyms is “LMS” or “Like My Status.” As straightforward as it sounds, LMS is a call to action to indicate that the user would, in fact, enjoy that you “Like” their status. Usually this acronym is used in conjunction with a sort of public deal-making, such as “LMS for TBH,” which colloquially means “Like My Status for To Be Honest” and means that once a user “Likes” the status of another, he or she will receive a truthful statement in return. In short: it’s an acronym solely used by bored people for bored people.

Vaguebooking — One of the lesser-known terms in the Facebook Universe, Vaguebooking is a term for a permeating behavior on the platform: writing a vague status about an event or person. Instances of vaguebooking can be about as infinite as number of statuses, including but not limited to:

Vaguebooking is also famous for provoking comments from concerned and/or nosy folks — plus the occasional troll looking to prey on the innocent.

Stalk — Arguably the greatest term to come out of Facebook, almost everyone can admit to “Stalking” someone. Also known as “Facestalking,” it’s a term for actively seeking out the status, whereabouts or news about another person and using Facebook as a means to gather such. Although its use is widespread, very few people are open about their stalking habits and it’s still a relative taboo among peers. Since it’s a silent behavior, stalking is integral to many users’ daily behavior on the site. That is, until someone puts the name of their prey into a status instead. Whoops! Get ready to be taken care of (See: “Unfriend”).

Read next: Refine your Web type with this crash course on the CSS line-height property